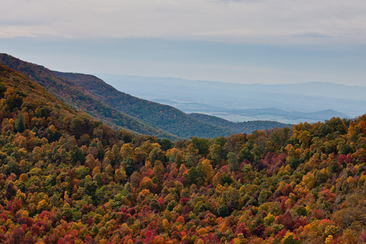 Virginia’s Shenandoah Valley is not just noted for lovely scenery, though it’s position between the Blue Ridge and Allegheny Mountains certainly provides beautiful landscapes. The area also played an important role in American history, from its time as a British colony though the tragic Civil War and beyond.

A little over two hours’ drive west of Washington, DC, the Shenandoah Valley provides visitors an experience that’s rich in  history, rich in scenic beauty and rich in Southern hospitality. You can start your tour in Winchester, at the north end of the valley off busy highway 81.  Here you can see the headquarters of the famed Confederate General Thomas “Stonewall” Jackson, still considere one of the world’s foremost military geniuses, long after the War Between the States. There is also a memorial to popular country music singer Patsy Cline, who came from Winchester. 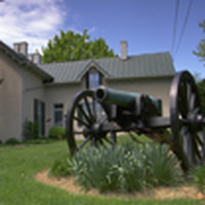 South of Winchester is the entrance to the Skyline Drive and Shenandoah National Park, one of America’s scenic highlights. Just north of where the drive terminates, near the junction of highways 64 and 81 is Harrisonburg, a vibrant college town, home to James Madison University. The town’s tourist center shows a video that follows Stonewall Jackson’s famed “Valley Campaign”  in the Civil War, still studied at military academies today.  Nearby is the Virginia Quilt Museum, where history and artistry co-mingle. Drive south on US 81 to Staunton to continue your tour of the valley. (Or you might take an hour’s detour west on US 64 to Monticello, the stately home of Thomas Jefferson.)  Staunton has been named, rightly so, as “one of the best small towns in America” by the Smithsonian Museum.  At Staunton, you’ll find the Museum of American Frontier Culture, which tells the story of the settlement of the valley by Native Americans, enslaved Africans and English, Irish and German immigrants, recreating the homesteads they left behind. Staunton is also where US. President  Woodrow Wilson was born, and the home of his parents is restored as a museum and library.  Although it might seem incongruous, Staunton is  also the location of the American Shakespeare Center, which presents the Bard’s plays as they were done at the original Globe. 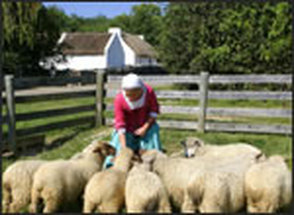 About another thirty miles south is Lexington, also one of America’s prettiest towns, and home of  Virginia Military Academy (VMI), and Washington & Lee University.  The latter contains the tomb of the chief Confederate general, Robert E. Lee, while VMI’s museum covers its role in teaching such leaders as General George C. Marshall and George S. Patton.  Much of the museum is dedicated to Stonewall Jackson, who taught at VMI before the Civil War.

A bit further south on 81 is Natural Bridge, a geological wonder, while on the eastern side of the Blue Ridge is Bedford, home of the US D-Day Memorial and Thomas Jefferson’s retreat, Poplar Forest.  Throughout the valley there are many additional scenic and historic attractions worth seeing, such as Luray Caverns and the New Market Battlefield State Historical Park, depending on your particular interests.

For further information and a tour guide, contact the Shenandoah Valley Tourism

Tweet
Want more about the USA? Check out Adirondacks and Anza Borrego and Bend & the PCT and Branson and Chicago and Cleveland and Connecticut and Napa valley and Nashville and Orlando without Disney and San Francisco and Sedona and Yellowstone
Back to Features homepage