12 things to do in connecticut 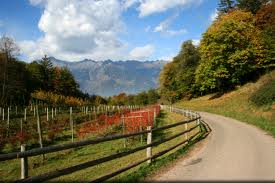 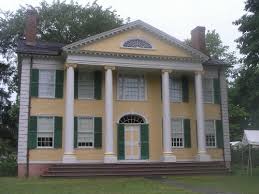 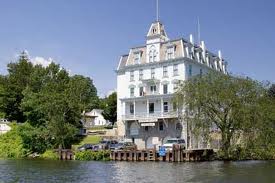 From visiting world-class art and cultural exhibitions and satisfying your sweet tooth at renowned shops and bakeries to exhilarating roller coaster rides and sumptuous wine tasting at a beautiful vineyard, Connecticut is filled with an array of activities for travelers of all interests. Below is our list of the top 12 must-see activities in Connecticut. With so many exciting and enriching activities in the state, it is not easy to narrow down the options! And best of all, visiting Connecticut during Fall Foliage season (September through November) will guarantee a vivid rainbow of scenic delights.

o   Mohegan Sun is a gaming and entertainment complex which features two casinos with nearly 300 table games and over 6,200 slot machines. Highlights include the Shops at Mohegan Sun, Wolf Den, world-class entertainment in the cabaret or the arena and a first-class hotel and spa.

Sip, swirl and relax along the Connecticut Wine Trail

From the magnificent Litchfield Hills to the “Last Green Valley” to vineyards washed by salt breezes of the ocean, Connecticut’s vineyards are among New England’s most charming and beautiful places. The Connecticut Wine Trail is a group of 15 vineyards divided into a western section and an eastern section and marked throughout the state with blue Wine Trail signs.  Connecticut produced wines have won hundreds of awards and medals at international competitions and include varieties such Chardonnay, Cabernet Sauvignon, Pinot Noir, Merlot, Cabernet Franc and others.

Old Lyme was the home of American Impressionism at the turn of the 20th century, largely thanks to Florence Griswold, “keeper of the artist colony.” Florence opened her home to a group of artists in the early 1900s and the grounds and gardens served as a major inspiration for her guests. Famous Impressionist artists, including Childe Hassam and Willard Metcalf, created some of the most memorable paintings in American art at the Florence Griswold House.

Take in a show at Goodspeed Opera House in East Haddam

Goodspeed has achieved international acclaim as the home of the American Musical and is famous for the original productions of “Man of La Mancha,” “Shenandoah” and “Annie.” Nationally acclaimed musicals are performed in an historic Victorian theater built in 1876.

Scream, swim and take a ride at Lake Compounce in Bristol

Lake Compounce is one of the top family theme parks in New England. The park features more than 50 rides and attractions including the Splash Harbor Water Park, Zoomer’s Gas n’Go antique car ride and Boulder Dash, voted the number one wooden roller coaster in the world. 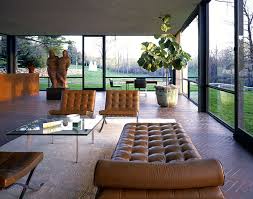 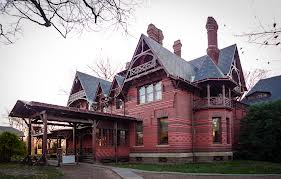 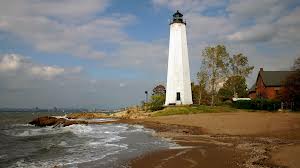 Marvel at the Mark Twain House & Museum in Hartford

The 1874 Mark Twain House in Hartford was the author’s residence for 17 years and within these walls, he penned some of his most famous works including “The Adventures of Tom Sawyer,” “The Prince and the Pauper” and “Adventures of Huckleberry Finn.” Twain’s Gilded Age mansion is a must see for its exotic Louis Comfort Tiffany designed interiors.

Mystic Aquarium is the place to discover whales, penguins, sea lions and other marine animals. It’s the only aquarium in the world with exhibits based on work done by Dr. Robert Ballard, an oceanographer most famous for his discoveries of the wrecks of the RMS Titanic in 1985.

Walk the plank at Mystic Seaport in Mystic

Mystic Seaport-the Museum of America and the Sea is the nation’s leading maritime museum. Guests can climb aboard historic tall ships, visit the planetarium, stroll through a re-created 19th century coastal village or watch a working preservation shipyard in action.

The Glass House is one of the most significant structures of the 20th century from famous American architect Philip Johnson. An object of fascination for decades, the rectangular house was built in 1949 out of quarter-inch-thick glass and without interior walls. Absent of curtains or blinds, the property’s trees and landscaping are the house’s only source of privacy.

Stroll through the Yale University Art Gallery in New Haven

Visitors to this world-renowned University will be enthralled by the outstanding architecture and while touring the Gallery can see paintings by Manet, Picasso, Monet and van Gogh as well as one of the finest collections of American paintings and decorative arts. One of the oldest college art museums in the world, the Gallery was founded in 1832.

The largest Native American museum in the world, this state-of the-art museum boasts life-size exhibits, dramatic films and touch-screen computer programs put the excitement of the past as close as your fingertips. Now in its tenth year, the museum hosts a wide variety special events and programs year round.

Celebrate the holidays by the Shoreline in Madison

The shoreline brings all the holiday necessities straight to you. Beautiful beaches, luxurious resorts, a variety of boutique shops, rentals and fantastic seafood make these quaint towns a must-see holiday destination. The shoreline and its many amenities include places like Guilford, Essex, Mystic and more.

For more information about Connecticut go to  www.CTvisit.com
Tweet
Want more about the USA? Check out Adirondacks and Anza Borrego and Bend & the PCT and Branson and Chicago and Cleveland and Napa valley and Nashville and Orlando without Disney and San Francisco and Sedona and Shenandoah and Yellowstone
Back to Features homepage