﻿New York's Wild North﻿
By Mike Quane Mike has been writing about destination travel for over twenty-five years.  His outlets have included The New York Daily News, Newsday, Endless Vacation Magazine, Parents Magazine, Grit, The Portland Press Herald, Telegraph Publications, eturbonews.com, Traveling Magazine of Hong Kong, the in-flight magazines of Singapore and Korean airlines, and many more.  He wrote a weekly travel column for This Week Publications for fifteen years, and a monthly column for LongIsland.com for over a decade.  He is also a senior contributor to TripAdvisor.com.  His favorite subjects have included the Philippines, Ireland, Tahiti, Croatia, Australia, Malaysia, Bangkok, Maine and Virginia.  He has been a frequent delegate to the ASEAN Tourism Forum and is a member of The New York Press Club.  www.michaelquane.contently.com
When you say “New York,” people will generally think of the Statue of Liberty, Manhattan’s skyscrapers or endless entertainment in “the city that never sleeps.” But there’s more to New York than the “Big Apple,” and a different type of adventure awaits in the Adirondack Mountains of the Empire State.

About five hours’ drive north of New York City, the Adirondack Region is a well-preserved nature area of 6.1 million acres, whose rivers, lakes, woodlands and mountains make it a paradise for the sports minded. Fishing, hunting, canoeing, kayaking, whitewater rafting, horseback riding, hiking, rock climbing, cycling, skiing and snowmobiling are among the activities that make the Adirondacks so popular with outdoor types. Those whose interest is less adventuresome will also find much to love, with art museums, historic sites, antique shops and theater among the offerings. 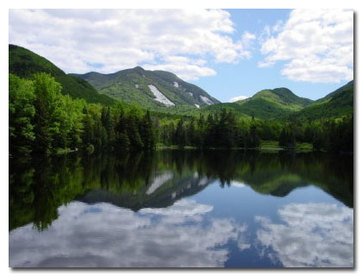 To understand the significance of the Adirondack Region and why the local residents are so fierce about preservation, it’s a good idea to visit the Adirondack Museum at lovely Blue Mountain Lake. The museum takes visitors through the region’s natural history, its settlement by Native Americans and then English colonists, its significance in the American Revolution and the War of 1812, its development as a logging and mining center, and lastly as a recreational area, which eventually led to today’s strong preservation movement. The museum has 24 buildings on 32 acres, so it’ll take a lot more than a “run through.”

The region really opened up In the early years of the 20th century, when it became popular with the captains of industry in New York City, wealthy bankers and merchants who built “camps” on the area’s lakes that had a unique combination of rustic and luxurious. One of these facilities, modernized for today’s clientele, is The Hedges, a genteel resort on Blue Mountain Lake.

A good place to use as a base for exploring the region is North Creek, about 20 miles east of Blue Mountain Lake. North Creek is on the Hudson River, and is the northern terminus of the Saratoga and North Creek Railroad, which runs south to the famed spa and horse racing center of Saratoga, also famous for a pivotal battle in the American Revolution. North Creek has historical significance as well, because it was from its depot that Theodore Roosevelt traveled to Buffalo to be sworn in as president after the assassination of President William McKinley in 1901. The North Creek Depot Museum tells how Roosevelt was driven from his camp at Mt. Marcy to North Creek via horse and carriage in record time, driven by legendary local hotelier Mike Cronin. The tidy little town is now a center for whitewater rafting expeditions and for winter skiing at Gore Mountain, one of America’s pioneer ski areas. It is also a center for painting, sculpture and theatre in addition to its action pursuits, and a place where gourmet dining can be found as well.

The Copperfield Inn provides luxury accommodations amidst the surrounding wooded landscapes. Other points of interest in the region include Fort Ticonderoga of Revolutionary War fame; Lake George, now known as much for its amusement rides as its scenic beauty; Queensbury, for outlet shopping; and Lake Placid, site of two Winter Olympics. There are also a number of wineries, as well as some bed and breakfast hideaways that invite romantic getaways.

So if you want to see that there’s more to the Empire State than tall buildings, head north to the wild Adirondacks. For further information on the Adirondack Region’s attractions, go to www.visitadirondacks.com.
Want more about the USA? Check out Anza Borrego and Bend & the PCT and Branson and Chicago and Cleveland and Connecticut and Napa valley and Nashville and Orlando without Disney and San Francisco and Sedona and Shenandoah and Yellowstone
Back to Features homepage