That’s Perfect, As The Galway People Say.
By Robert Cubitt. Robert has always been keen on writing and has tried his hand at various projects over the years, but the need to earn a crust had always interfered with his desire to be more creative. After serving with the RAF, working as a logistics planner for Royal Mail and as a Civil Servant with the Ministry of Defence, Robert took up writing full time writing in 2012 and has now had 6 fiction and 3 non-fiction works published. He is currently working on a 9 book sci-fi series.  http://robertcubitt.com/index.html 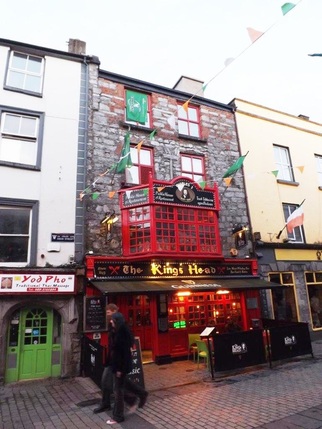 ​Many destinations claim to be friendly and welcoming, but Galway is, in my opinion, one of the few that actually delivers on that claim. From the moment we arrived at our hotel until the moment we left the city, everyone we met seemed to go out of their way to make sure we were having a good time.

The city of Galway has a very young feel to it, which is remarkable considering that it’s over 800 years old. The population is around 72,000, but the university has 17,000 students and we all know how students love to have a good time.

Galway is the sort of city where you don’t need a car. From the Tourist Information Office on one side of the city centre to the Spanish Arch on the other is just a 20 minute walk. Within that small area are all the shops, bars, restaurants and the main historic sites.

Once in the city there are walking tours that can be booked from the Tourist Information Office, or if you want to go it alone, the staff are more than happy to suggest where to go and what to see. It is a city steeped in history but sadly most of it is buried under more modern buildings.

Although most of what can now been seen in the old city dates from the 18th century onwards, you can still catch glimpses of the original city. The oldest building is only visible in the form of its foundations. It can be found in Druid Lane and is the Red Earl’s Hall, built by the de Burgos family, the Normans who founded the city. There is usually a volunteer guide who can provide lots of information about not just the hall but also the rest of Galway’s medieval legacy.

The oldest pub in Galway, the Kings Head on the High Street, dates back to the 13th century and was the house of the city’s Mayor, Thomas Lynch Fitz-Ambrose, until it was seized by Cromwell’s troops in 1654 when the Mayor and Corporation objected to the way the troops were treating the citizens of Galway. The name of the pub is a mocking reference to what became of King Charles I.

A short section of the city wall has been recreated inside the Eyre Square shopping centre where some of the original foundations were discovered when the shopping centre was being built. What remains of the original walls can be seen beside the Corib River, not far from Wolfetone Bridge and close to the entrance to the Galway Museum. This short section includes the Spanish Arch, named after the Spanish trading vessels that tied up at the quay during the middle ages. The museum itself provides some excellent displays on the history and culture of the city.

​Also not to be missed is Lynch’s Castle, the home of one of the 14 great trading families that dominated the city in the 14th and 15th centuries. The building now belongs to a bank but part of it is open to the public during banking hours 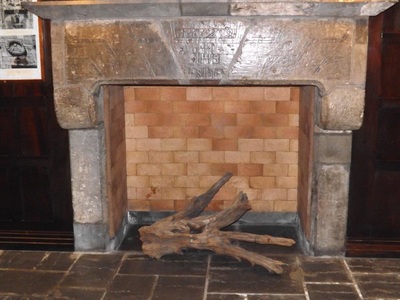 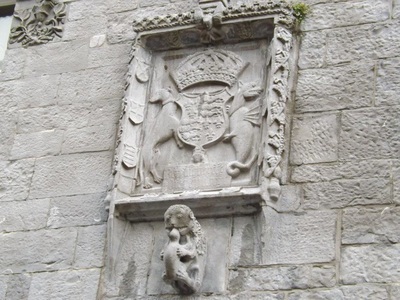 The highlight of our stay was a day trip to the Arran Islands, specifically Innish Mor.  Don’t miss Dun Auengus fort, which is over 4,000 years old. It sits on the cliffs 300 ft above the Atlantic Ocean. The views alone are worth the walk. It’s less than a mile from the bus drop off, but it isn’t easy going and not suitable for people with mobility problems or for pushchairs. Make sure you wear good walking shoes and keep a tight grip on children when you get to the top – there aren’t any safety barriers and it’s a long drop to the sea! 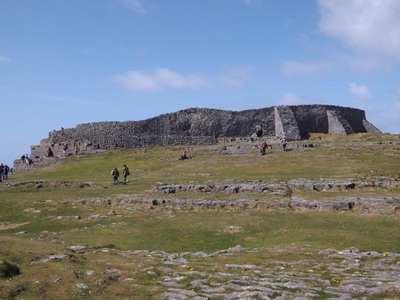 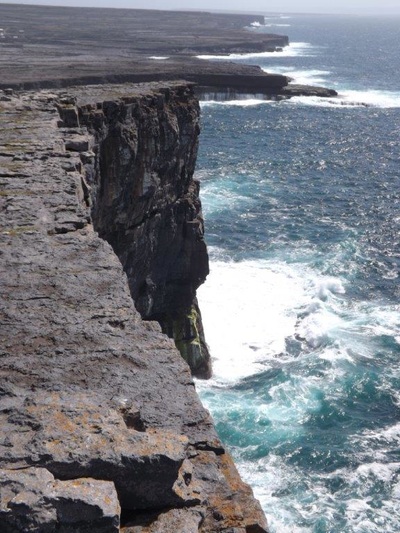 Of course, one of the main reasons to visit Ireland is for the Craic, and you’ll find plenty of that in Galway’s Latin Quarter at the bottom end of the city centre around Quay Street and the neighbouring alleys. All the best restaurants are here or nearby, as are the best pubs for genuine Irish music for which Galway is famous. Several pubs in the Latin Quarter offerlive sessions in the evening. We enjoyed brilliant, genuine Irish performances, at least according to my wife, who is Irish. Expect the pubs to be crowded and with great atmosphere, so buy yourself a pint of Ireland's national beverage and soak it up!

One last word for fans of Bing Crosby who famously recorded the song ‘If you ever go across the sea to Ireland....’ You may be disappointed if you are expecting to ‘sit and watch the moon rise over Claddagh and see the sun go down on Galway Bay’. Galway faces south onto the bay so the sun sets behind the Connemara Hills from April to October. If you want to experience the sunset at that time you’ll have to go across to County Clare and watch from the southern shore of the bay. You also won’t see the moonrise over Claddagh, a small suburb that was once a fishing village, as the moon rises in the east and Claddagh is west of the city. Perhaps old Bing had one too many pints of Guinness!

Galway is an ideal city break but it also makes a great base for touring further afield. For more information on Galway and the surrounding district visit http://www.galwaytourism.ie
​
Want more about Ireland? See Clonmacnoise and Cork and Donegal and Dublin and Newgrange and Tipperary
Back to Features homepage