Bilbao is a delightful city that has dramatically transformed itself in the last thirty years
By Mike Pickup, Mike writes about travel for numerous newspapers and magazines, both consumer and trade, and has over a hundred features published each year. He is also the Editor of Holiday Magazine and a professionally trained photographer. For more information click here ​
Founded in the 14 century the city is situated on the river estuary of Bilbao, some nine miles from the Bay of Biscay. It is surrounded by mountains containing iron ore which formed the basis of its industry until the late 20th century.  It grew to become the second largest industrial region of Spain and the land it occupied expanded as it annexed several neighbouring small towns and municipalities.

However, Bilbao faced a major problem in the second half of the twentieth century. The economic downturn meant that its dependence on iron was no longer viable. With admirable foresight and determination the city’s leaders realized that to survive it had to re-invent itself. It sought cities that had undergone similar transformations and as a result, twinned with Pittsburgh that had successfully undergone a transformation following the decline of its coal industry.

It is these visionary strategies that turned a previously industrial city into one whose success is based upon a strong service industry and international conferences. It has also used the land once occupied by the iron foundries to create new and vibrant architecture which it actively encourages. Although it has grown significantly through the acquisition of neighbouring municipalities it is still easily explored on foot. With such contrasts between old and new this is definitely one city not to be missed. 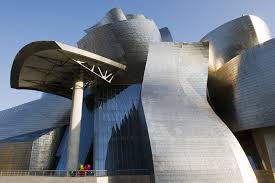 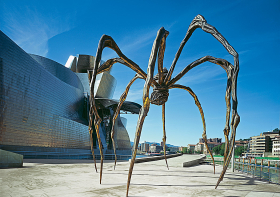 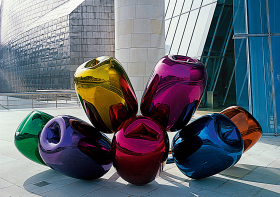 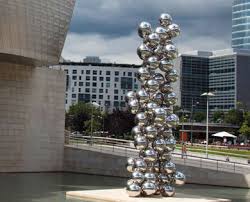 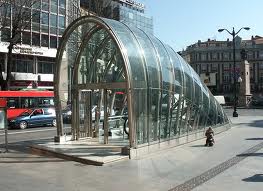 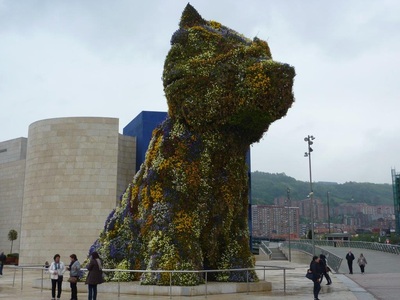 An early success was the Guggenheim museum, designed by Frank Gehry, a stunning building and the first to be clad in Titanium. Outside the building, visitors can see the famous metal Tulip structure by Koons,  the huge flower puppy guarding the entrance, also by Koons, and Tall Tree and the Eye by Kapoor. A few paces along the river bank will  bring you to another great work Maman, by Bourgeois, while architecture and construction for the new railway system owes much to Norman Foster. Just along from the Guggenheim is the famous transporter bridge where a piece of the road, suspended from a steel gantry, is carried from one side of the river to the other.

There is so much to see in this area yet a few minutes’ walk along the revitalised river bank allows you to cross to the old town where a new set of delights can be found. Older buildings and churches huddle together in streets full of character – a complete contrast to the modern open spaces of the area around the Guggenheim. 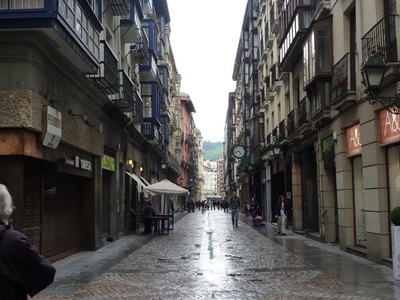 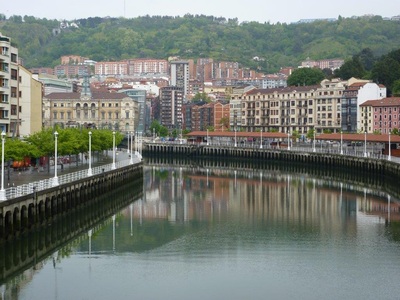 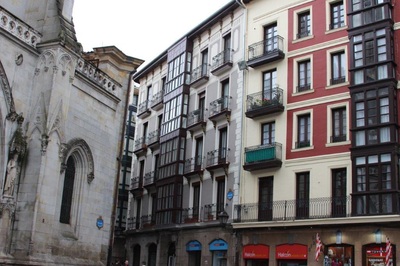 This is also the best place to find the famous pintxos, the Basque version of tapas and the most delicious snacks you can imagine. Check out www.bilbao-cafebar.com 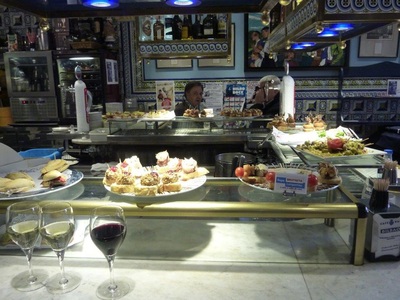 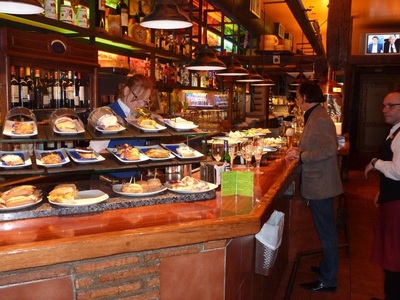 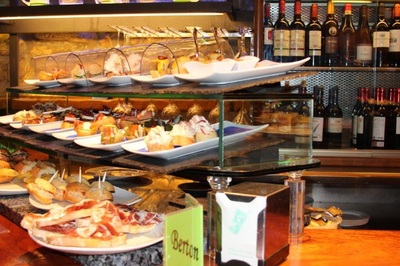 The process works on trust. You ask for the items you want (very difficult decisions!) and when you are finished you just tell them how many you have had and pay the bill. These bars and restaurants are a great way to soak up the real local atmosphere of Bilbao, as well as providing visitors with an amazing variety of food at that won’t hurt the wallet. Don’t miss out!
For more on Spain, see A Coruna and Andalusia and Camino de Santiago and Girona and Sagrada Familia
Back to Features homepage