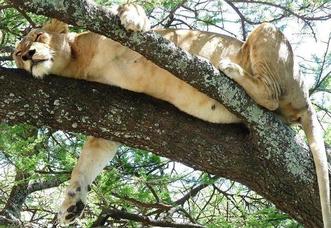 The morning dawned cool and clear as we met our tour guide – ‘just call me Eddie’ - and climbed into a modified Land Cruiser to negotiate what passes for roads in the fabled park.

​It was not long before we spotted brightly colored lilac-breasted rollers with their iridescent blue wings flitting between the more than 120 varieties of spiny Acacia trees that pepper the savanna; zebra bands crowding the road, cuddling their heads on one another in a bonding ritual;  young male giraffes fighting for dominance; lions lazing in the sun; hippos rolling in mud; a leopard crouching in a tree; impala harem and kids with lucky boy (Eddie’s description of the dominant male and his extended family); troupes of baboons grooming each other; elephants teaching their young how to grab a trunk full of grass but eat only the succulent shoots above the root and below the dry tops. 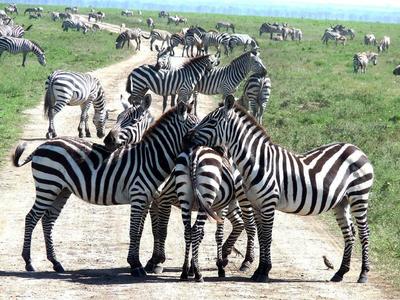 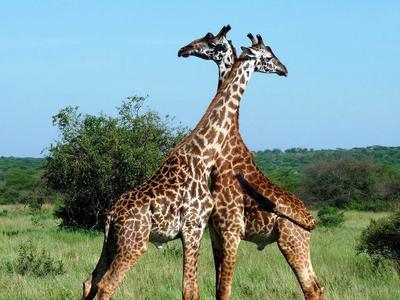 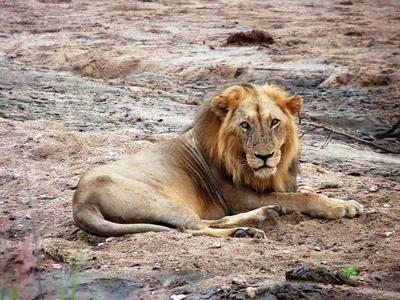 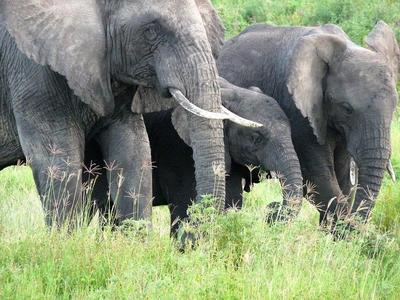 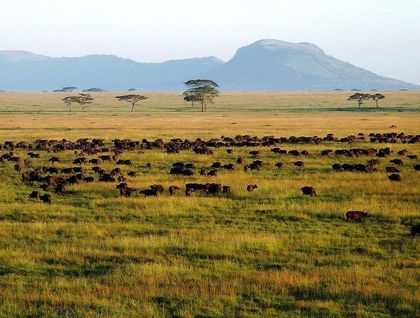 ​Next day we caught sight of it… with no beginning and no end – just a huge undulating dark shadow moving across the horizon. As we got closer we could distinguish forms, and closer still, individual animals. It was the annual great wildebeest migration slowly eating its way across the ocean of lush green grass.  At last count 1½ to 2 million wildebeest make the hazardous journey, including as many as 300,000 newly born calves, along with hundreds of thousands of zebras and Thomson’s gazelles.

The herds annually cross the Serengeti from their breeding ground in the grasslands of the south, westward past the swampy savanna, across the crocodile infested Grumeti River, and into the northern woodlands. The long columns of migrating animals, drawn north by the rains and the promise of food and water, is one of the most amazing spectacles nature offers. It is a never ending saga, as once the grasslands in the north are depleted, the herds return to the south in a clockwise circuit to mate and calve and begin the trek anew.

​It is an often recounted and photographed intense journey that challenges the survival of all but the heartiest of animals. Survival of the fittest insures that the animals strong enough to make the journey will maintain the vigorous stock while the fall of the weakest will necessarily contribute to the survival of the carnivorous lions, hyenas, cheetahs, wild dogs, leopards, vultures and other scavenging birds and animals, that follow the migration. 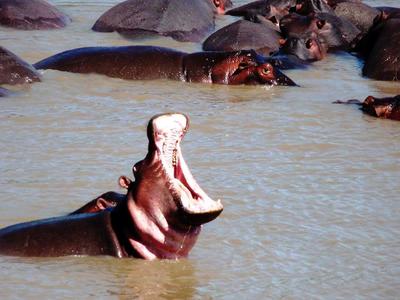 The Serengeti is home to herds of Thomson and Grant gazelle, lion prides, families of cheetahs, parks of hyenas, harems of impala, dazzle of zebra, troupes of baboon, crash of rhinos, pods of hippos, kaleidoscope of giraffe, sounder of warthogs, bands of mongoose … well you get the picture. Plus over 500 varieties of birds and water fowl, as big as the ostrich or of startling beauty like the above mentioned lilac-breasted roller or the European roller with its rose colored back, black tipped wings and pale to dark blue head and breast. You will also encounter the kelly-green body and orange head of lovebirds truly sitting in a row, and the steal-blue whydah with its long split tail trailing out behind it in flight or hanging down a foot or more at rest.

Frequently we came across pools of muddy water with rafts of hippos lazing in the swollen depressions. Hippos can hold their breath under water for long stretches of time before their massive hulks begins to float upward, first looking like a smooth boulder in the water until the head surfaces with protruding eyes and snorting nostrils, and finally the mouth, with its enormous canines and lopping pink tongue.

The stench of the hippos hung in the air from yards away and their effluvia saturated the atmosphere. Surprisingly none of the other animals gave off an odor; in fact, the savanna had a gentle sweet scent, possibly due to the profusion of wild flowers which covered the landscape, making the rainy season a colorful and fragrant time of the year to visit. When it did rain it was at night when we were snugly tucked into our tents protected from the weather and nocturnal animals.
For Information Contact:
Tanzania Tourist Board  www.tanzaniatouristboard.com
Tanzania National Parks www.tanzaniaparks.com
​
For more on Tanzania, check out Ngorongoro Crater and Great Migration
Back to Features homepage