Visit sardinia and fall in love

By Rosanna Ley. Rosanna is famed for setting each of her novels in exotic locations which she visits and studies before writing and has been described as “top escapism” (Closer).  Her latest novel, The Little Theatre by the Sea, was inspired by her travels around Sardinia and is published by Quercus on 9th March. Find out more about Rosanna and her bestselling novels at www.rosannaley.com
​Sardinia is the second largest island in the Mediterranean, with almost 2000 kilometres of spectacular coastline and an interior laced with hiking trails. Spring is the best time to visit before it gets too hot and when the scent of myrtle blooming in the maquis is at its most heady. Sardinia has so much to offer - a rich archaeological heritage, cities of culture and art, fascinating mediaeval towns and fabulous beaches. So, where to start…
​
There are three main airports, but nothing beats travelling by ferry. We sailed from Genoa to the sparkling gem of Costa Smeralda – where rugged cliffs hug coves of turquoise water and beaches of white sand; a perfect beginning to your holiday in Sardinia.
​
For an overview of the area, we headed to Capo Caccia, a north-westerly promontory towering over the sea. You can walk to the lighthouse perched on the point to admire views of the old Catalan city of Alghero and to spot swifts and peregrine falcons nesting in the crevices of precipitous cliffs. From here, if you are feeling energetic you could tackle the 656 winding steps (known as the Escala del Cabirol or Roe-deer’s Staircase) down to the splendid Grotta di Nettuno, but if you’d rather see these prehistoric caves – first explored in the 1700s - the easy way, then why not take a boat from Alghero…
Our favourite town in Sardinia was Bosa, originally founded by the Phoenicians, where pastel coloured houses line the riverbank of the Temo, and the Castello dei Malaspino dominates the mediaeval quarter. Bosa has strong artisan traditions of gold-filigree jewellery and lace-making and if you wander the narrow cobblestone streets you can still see women sitting outside their houses making lace. 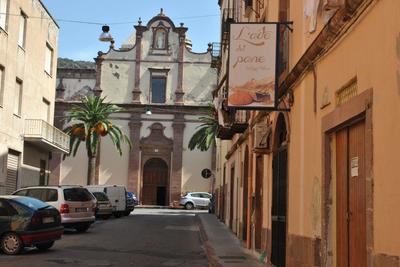 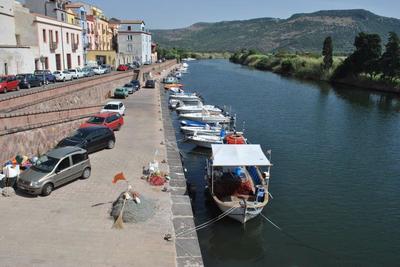 ​Do visit the exhibition centre at Casa Deriu to see their glamorous reconstruction of an apartment with cherry and olive wood parquet floor, majolica tiles from Ravenna, a frescoed vaulted ceiling and – of course - locally made lace curtains. And before you leave Bosa, why not walk through the olive groves up to the castle, which offers spectacular views of the surrounding mountains, river and out to the sea. 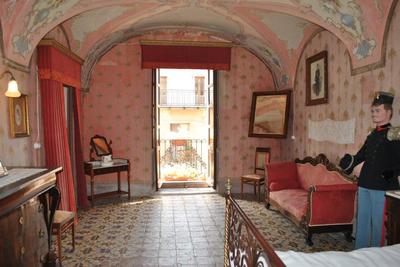 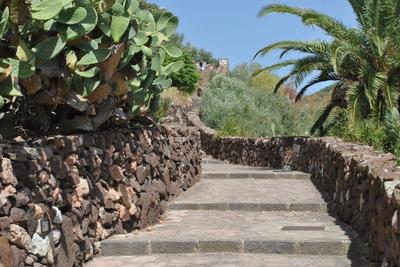 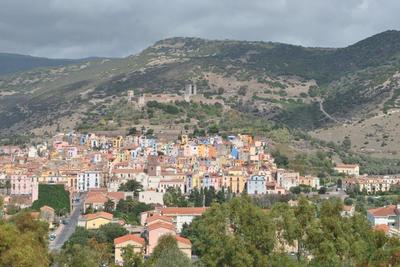 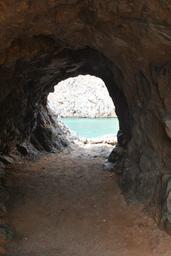 The beaches on this coast are among the cleanest in Italy so after all that sight-seeing it might be time to head off for a dip… There are so many fabulous beaches to choose from, but if you’re looking for a secret beach (and who isn’t?) then visit Cala Domestica. Head down the west coast past the marshes of the Sinis peninsula where you can indulge in  some flamingo-spotting, to the old mining town of Buggerru. The area is rich in mineral deposits and although the mines are now closed, some of the abandoned caves and tunnels can still be seen. Beyond the town is the secluded beach of Domestica.
​
Park on the grassy area and take the boardwalk past deserted mining buildings over the dunes to the beach. Its fine white sand is peppered with bright mineral specks and the water is translucent blue. If diving is your thing, this is a perfect place to indulge – the waters of Sardinia abound with flora and fauna. The cove is overlooked by a solitary Spanish tower. So why is it secret..? Look for the path around the rocky promontory. Little more than a goat-track, it leads to a magical arch of rock and beyond, is the keyhole bay known as Caletta, invisible from both the sea and Domestica, lying at the mouth of a river with myrtle and juniper scenting the maquis all around.

​Sardinia is one of the most ancient lands in Europe and for a flavour of its history, I would recommend a visit to the ancient city of Nora in the south west, built on a spit of land jutting out to sea. You can still see the Roman baths decorated with white, black and ochre tesserae mosaics, a theatre dating from the second century AD, paved Roman roads and even the original sewage system.
​
Cagliari, the island’s capital offers still more history in its old Roman amphitheatre and the elegant houses and arcades of the Via Roma facing the promenade. After that, I would head for the Castello district to visit the Archbishop’s Palace, the Torre dell’Elefante (spot the small elephant sculpture on the tower) and the Porta dei Leoni. The Romanesque Santa Maria Cathedral is also magnificent, with its multi-coloured marble interior and fine sculptures. Finally, walk along the ancient city walls to the Bastione San Remy which opens out on to a wide terrace with wonderful views of the city and beyond. 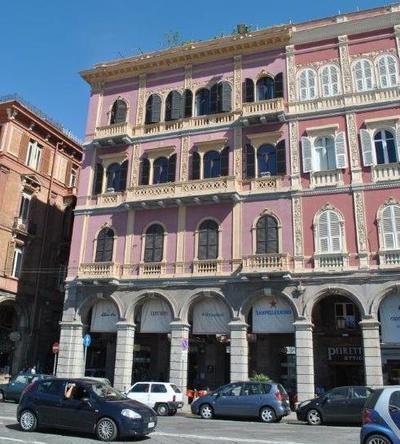 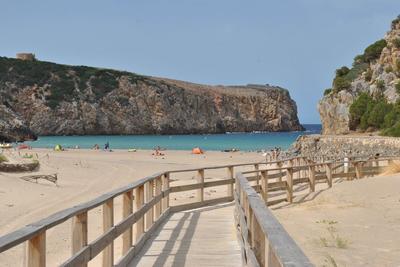 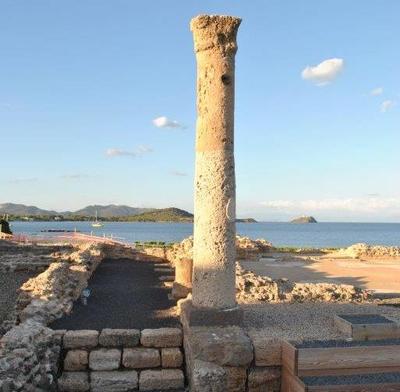 At the end of a busy day, your thoughts may turn to food – mine certainly did… Some local specialities to try are burrida (a spicy fish soup), spaghetti con bottarga (with mullet roe) and malloreddus (a gnocchi style pasta cooked with saffron in tomato sauce). I loved fregola - a delicious pasta similar to cous-cous, often served with clams. And the simple lobster we ate in Antica Cagliari, a charming and unpretentious restaurant in Via Sardegna was to die for. Add a bottle of golden dry Vernacia di Oristano DOC for a perfect end to your day.

We toured Sardinia in our motor-home, but if you’re travelling in style, I would recommend the elegant Villa Las Tronas spa hotel in Alghero for west Sardinia and the quirky Hotel Miramare in Cagliari for the south. Las Tronas boasts both indoor and outdoor pools, gorgeous gardens and delicious breakfasts, while the chic Miramare has Belle Epoque styling, antique furnishings and lovely touches such as candles flickering on the stairs at night and a garden with sweet-smelling orchids. You can’t get much more romantic than that…

For information on these and other places to visit go to the tourist board website at www.sardegnaturismo.it/en

Want more of Italy? See Bordighera and Bordighera and Genoa and Lake Como and Photographic Holiday and Radda and Sardinia 1 and Skip the Bucket List and Spas and Style & Culture
Back to Features homepage