The other Emerald Isle
Gilly Pickup. Gilly is a freelance journalist, travel writer, author, cruise specialist and photographer who also publishes features in national and regional newspapers and magazines on travel related health, well being, women’s interest, food and  lifestyle. Gilly has written twelve books including ‘The A-Z of Curious London’, ‘Haunted West End’,‘The Little Book of Spirituallty’ and  ‘Great British Inventions: From the Brilliant to the Downright Bonkers’. More books are on their way. www.travellinglady.co.uk 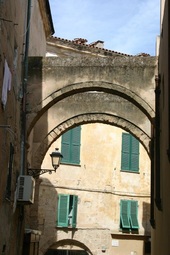 Back in the 1960s the Aga Khan transformed Sardinia's Costa Smeralda into an ultra-chic millionaire's paradise.  He bought several thousand hectares of coastline and transformed it for the luxury holiday market. Apparently the eye-catching colour of the sea gave him the idea for the name which translates as 'the emerald coast'. On this super-glamorous stretch of land scalloped by inlets fringed by white talcum powder beaches, the glossy posse with their hot and cold running butlers rarely venture far from their villas or yachts to dip even an expensively manicured toe in the glittering ocean. Infamous as the summer headquarters of the Italian paparazzi following celebrities who flock here, eye-catching Costa Smeralda is nevertheless a dazzlingly chic, though notoriously pricey, holiday escape.

Fortunately for the rest of us, this area’s aura of monied privilege does not encompass the whole island. Away from the Costa Smeralda, this blast-from-the-past island is somewhere ancient traditions have survived throughout the centuries, evident in the colourful language, architecture and flamboyant festivals.

Behind thick fortress walls, the small town of Alghero - its name comes from the abundance of seaweed (alghe) in its waters - is tucked away on the island’s north-western coast.  Walled, gated, entirely untroubled by the centuries that have passed, this fishing port remains relatively free of package holiday crowds.  Uniquely this is a town of Spanish origin on Italian territory. Aragon conquered it in the 14th century and it became part of the Kingdom of Aragon.  Street names appear in Catalan as well as Italian.

In its tangle of cobbled lanes with washing fluttering high above, soaring flamboyant churches, colourful piazzas and cosmopolitan shops wait to be discovered, while back-street bars and lively restaurants retain that relaxed Mediterranean buzz. Beyond the pretty marina the relatively unspoilt coastline thrills sun-seekers and water-sports fans, while the dense pine forests beyond are a nature-lover’s heaven. Popular attraction Neptune’s Grotto is close by. Discovered by fishermen in the 18th century, this impressive deep marine cave in the sheer cliffs at Capo Caccia is reached by boat or bus. Visitors enter through the narrow passage that cuts into the rock to view dramatically lit stalagmites and stalactites.  Don’t forget your walking shoes – when you get there, you’ll have 650 steps cut into the sheer cliff wall to clamber down before you get inside! 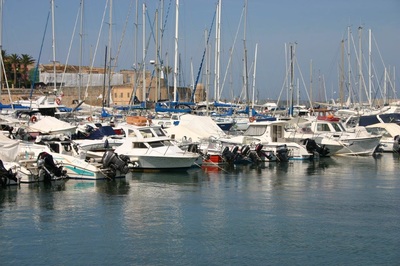 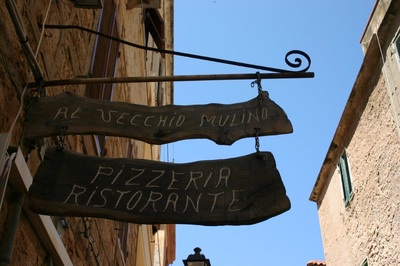 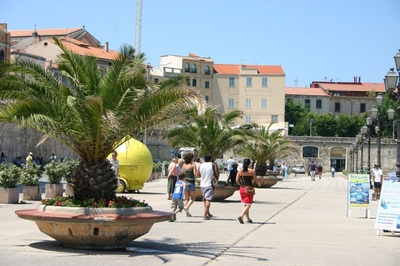 As far as cultural riches go, Sardinia is unremarkable compared to Italy’s feast of treasures, though it offers a pick and mix selection of assorted remnants of various civilisations that have passed through.  Its position in the centre of the Mediterranean meant continual raids and attacks on its shores. Hordes of visiting Phoenicians, Carthaginians, Romans, Spanish and Tuscans all left their traces as well as some interesting Gothic and Baroque architecture. Evidence of the island’s prehistory survives too, most conspicuous being the seven thousand or so Bronze Age stone constructions.  These circular one-time settlements of the mysterious ‘nuraghi’ people can be seen throughout Sardinia, their equivalent of Stonehenge, though less impressive.

While it may tempt to loll in the sun on one of the island’s many beaches, it is worth taking time out to explore Sardinia’s unspoilt interior. A fun way to discover it is by hopping on the vintage steam Trenino Verde (Little Green Train) as it puffs  its way through forests and tunnels to remote mountain areas. 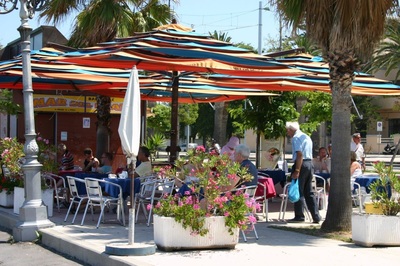 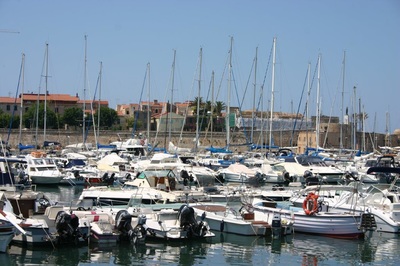 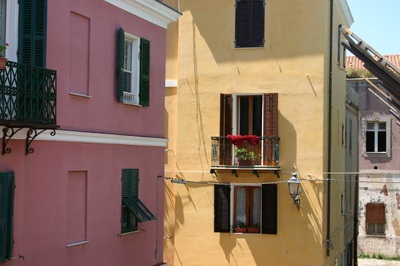 Sardinia luxuriates in dramatic landscapes spiked with prickly pears, dwarf oaks and whitewashed villages which cling where they can. Mountains are grazed by wild goats and moufflon sheep, while gangs of cranes and frothy pink clouds of flamingos flock to the calm lagoons of Cagliari, the island’s ancient capital.  Nowadays there is no risk to tourists from malaria - swamps where mosquitoes bred were drained - or indeed, from gun toting bandits.  The rough hills of Barbagia in the island’s centre don‘t reverberate with gun shot nowadays, though thrill-seeking tourists can still spot the odd road sign peppered with bulletholes.

Writer DH Lawrence had a whirlwind jaunt across the island in the 1920s which resulted in an irritable travelogue called ‘Sea and Sardinia’. Stopping here briefly, he professed relief at the dearth of attractions.   ‘Sights are an irritating bore,’ he declared.  He also said, ‘There is an uncaptured Sardinia, still.’  And do you know?  I think he could be right.

Want more of Italy? See Bordighera and Bordighera and Genoa and Lake Como and Photographic Holiday and Radda and Sardinia 2 and Skip the Bucket List and Spas and Style & Culture
Back to Features homepage