The other South of France
By Mike Pickup, Mike writes about travel for numerous newspapers and magazines, both consumer and trade, and has over a hundred features published each year. He is also the Editor of Holiday Magazine and a professionally trained photographer. For more information click here 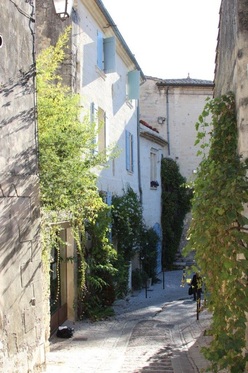 Does the South of France conjure up images of traffic-laden streets, expensive restaurants and glossy people reading glossy magazines?

Travel west along the coast and you will discover a totally different part of France. Still enjoying three hundred days a year of glorious sunshine it is home to great food and wine, atmospheric villages, history, and the stunning Pont du Gard; but more of that later.
​
Our journey started with a rush-hour drive round the M25 to Gatwick, so we were grateful for the efficient Meet and Greet parking from Holiday Extras. A short time later we were on our Easyjet flight to Montpellier, a small airport on the edge of the Mediterranean, sparklingly blue in the mid-day sunshine.

Sophie was there to greet us, a Parisian who had left the hustle of the big city for a more relaxed way of life, and after a short drive we arrived in the Medieval town of Uzès (ee-oo-ZESS).

​It was prosperous due to its mulberry trees which supported a thriving silk industry, but under pressure from cheap imports and diseased trees this died away and the area went into decline. However, in 1965 the French government declared the town centre a protected zone, one which has been considerably extended over the years. The result is a beautifully preserved town with buildings made from the local creamy limestone, peppered with delightful labyrinths of light passageways, the centre of which is the Place aux Herbes, home to a market every Wednesday and Saturday with stalls selling everything from scented soaps to oysters. 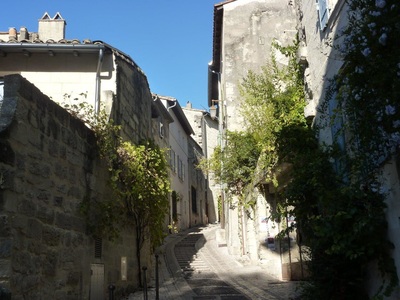 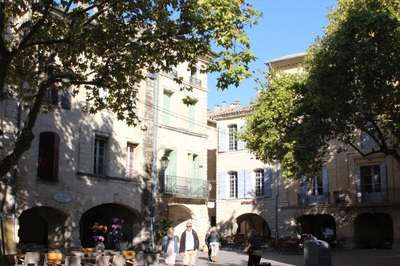 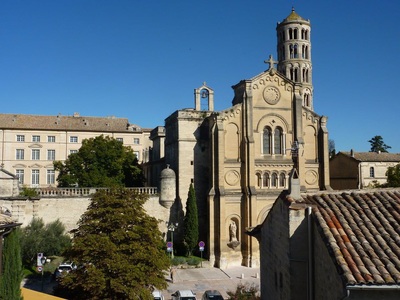 The peaceful town of Uzès 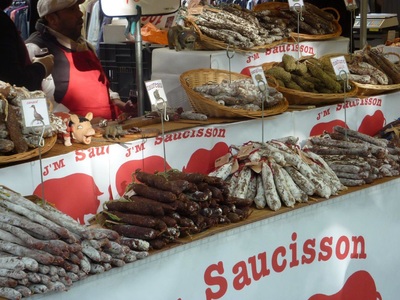 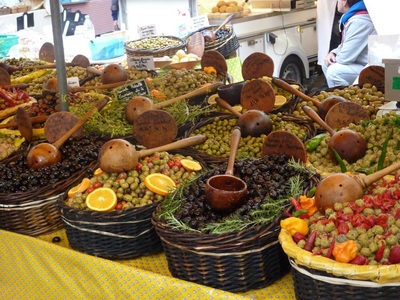 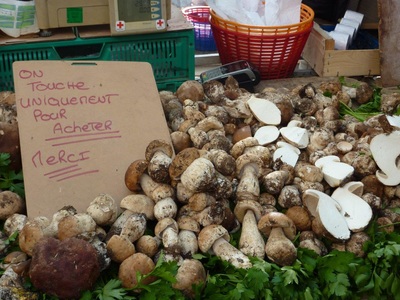 Uzès market, everything from scented soaps to oysters
​Close by is the Ducal Palace. The Duke of Uzès is the primary duke of France and was first in line to the throne after the Royal Family. The current Duke still inhabits the castle in Uzès. 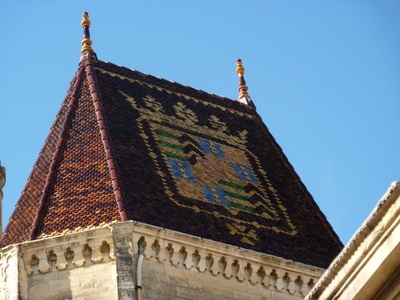 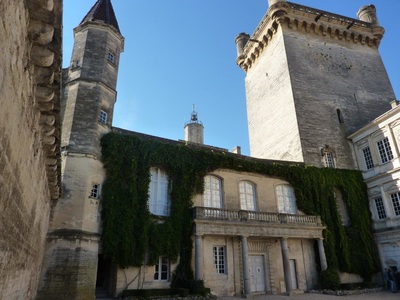 ​We spent two nights in this charming and relaxing town, one night at the Hotel Entraigue and the other at the Maison d’Uzès, just a minutes walk away. Both hotels are full of character and no two bedrooms are alike. Needless to say the food was memorable and since the region’s vineyards cover three times the area of those of Bordeaux, wines are plentiful and of great quality. 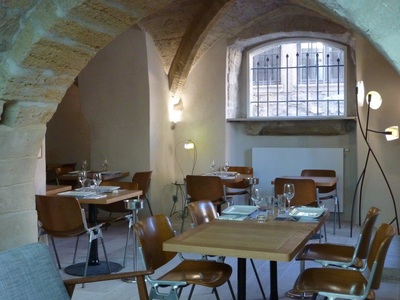 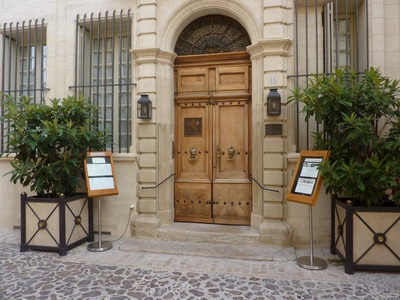 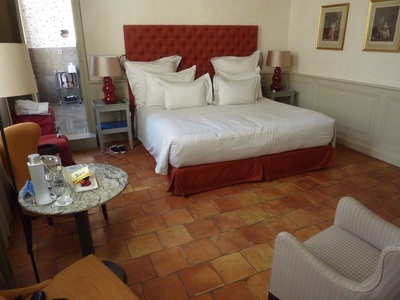 ​Our stay in Uzès was broken by a trip to the nearby Pont du Gard. Around 50 AD the Roman settlement in nearby Nîmes needed a better water supply. With incredible skills for that time, they calculated that a spring in Uzès was 56 ft higher than the basin in Nimes and could therefore deliver the steady flow of water they needed. However, the problem was how to get the water the twelve miles from Uzès to Nîmes and negotiate the rivers, valleys and hills that stood in the way. The result was an aqueduct stretching some 31 miles with an average gradient of just 1 in 3,000.

The Pont du Gard carried the water over the river Gardon and consists of three layers of arches. On top of the third layer is an oblong tunnel which carried the water. Today visitors can walk through it and truly appreciate this amazing structure. 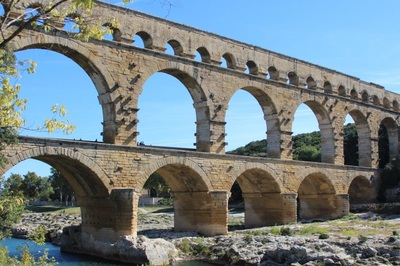 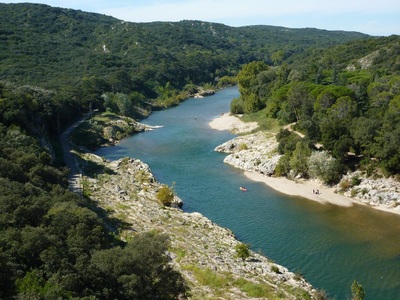 Nîmes, the destination for the water, was originally settled by the Romans around 30 BC and the Maison Carrée is one of the finest Roman temples to be found anywhere. Facing it is the modern Art Gallery designed by Sir Norman Foster. Although two thousand years separates these two buildings they live next door to each other in perfect harmony. Another Roman building worth seeing is the Amphitheatre, largely still intact it was the setting for the film Gladiator. 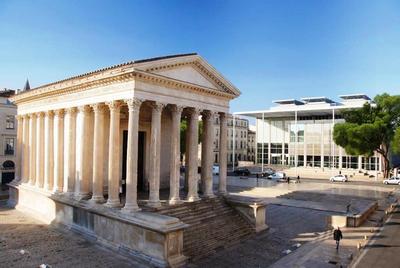 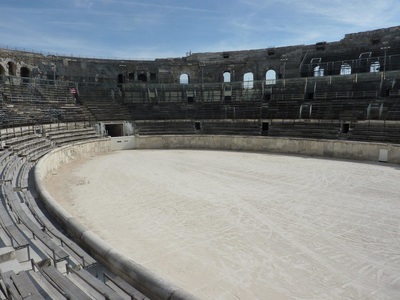 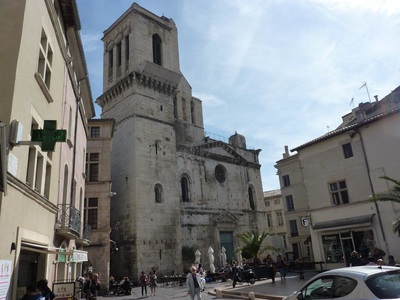 ​Unbeknown to many, Nîmes is represented worldwide through an item of clothing. The manufacture of strong cloth for sails and tarpaulin was a major industry. In 1870 an immigrant named Levi Strauss used this cloth to make trousers for the wild west pioneers in America. The cloth from Nîmes (de Nîmes) became denim. The rest, as they say, is history, something that this part of France excels in.

When it comes to excellence, however, history jostles for the top spot with food and wine. We enjoyed a great lunch in the Bistr’Au, a new restaurant owned by Jerome Nutile, former head chef at the Michelin 2-star restaurant at the Castellas Hotel. Food, wine and service doesn’t get much better than that.

​Sunday was our last day but the pace didn’t let up. We toured the centre of Montpellier as it woke to a sleepy, sunny Sunday morning. Born around one thousand years later than its neighbours, Montpellier combines recent history and elegance with a more youthful feel, in part due to its university. It even has its own Arc de Triomphe. It grew in prominence as a trading and intellectual centre and gave rise to the first medical school in France where Nostradamus and Rabelais studied. Montpellier is a delightful mix, old buildings in the centre, and on the edge of the city sit IBM, Dell and other major new-age industries. Lovely beaches are nearby. What more could you want? 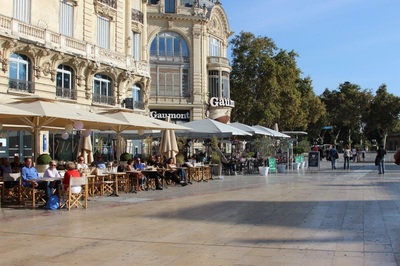 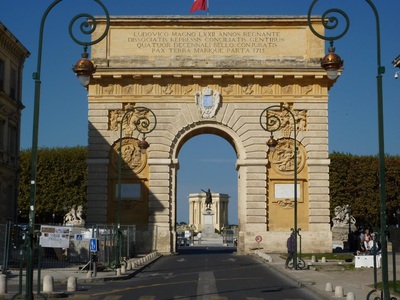 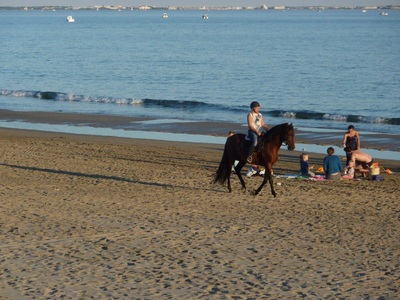 ​We could have stayed longer but were due to visit the Paul Mas vineyard where we were met by head of communications, Julie Billod. After a short film about the estate we were ushered in to the restaurant. Being Sunday, Julie informed us, we had two main courses, not to mention a suitable wine for each course, selected and poured by the vineyard’s own sommelier. Just when we felt we could eat no more, a dessert of chocolate flan covered with raspberries and redcurrants was placed in front of us. It was so good, not a crumb was left, and in response to our admiration Julie summoned the chef so we could thank him personally.

Then it was time to tour the vineyard, on horseback or a four-seater quad vehicle. The group split up and we went with the quad. Julie drove and this was clearly her forté. As we bumped along narrow tracks and up steep hills, Julie waved enthusiastically at the vines and shouted above the noise of the engine to explain what they were and which wines they were used in. We didn’t mind that we arrived back a little dusty and had to leave straight away for the airport – it was a great end to a great trip. 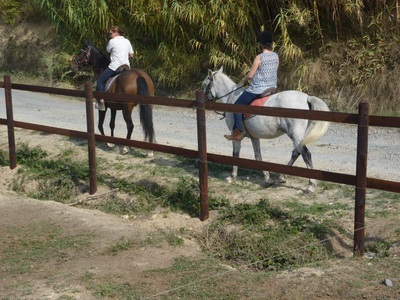 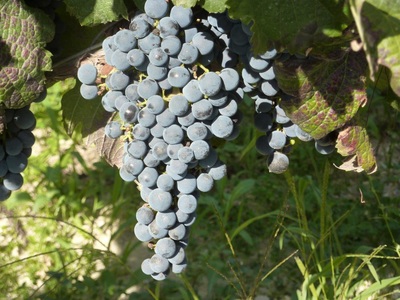 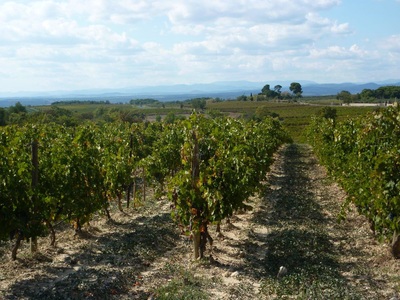 This is a lovely area of southern France, peaceful villages, great hospitality, stunning history and good food and wine. We were sad to leave and realised there were so many more places we would have liked to visit. This was a taster, in more ways than one, and it left us wanting more.

Fact Box
For more information on the area go to www.destinationsuddefrance.com           www.ot-nimes.fr                    www.cote-mas.fr
For airport parking, hotels, lounges and other services go to www.holidayextras.co.uk or call free on 0800 093 5478
​
Want more about France? Try A table en Paris and Jura Mountains and Nice & Beyond and Toulon
Back to Features home page