Its secrets and traditions
By Mike Pickup, Mike writes about travel for numerous newspapers and magazines, both consumer and trade, and has over a hundred features published each year. He is also the Editor of Holiday Magazine and a professionally trained photographer. For more information click here ​ 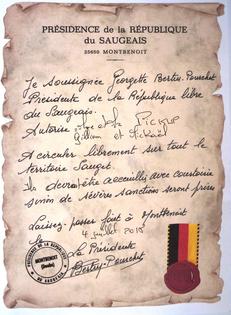 There’s more to the spectacular Jura mountains in France than lovely scenery, food and wine. Whilst that’s enough to make a great holiday, there’s also a treasure trove of traditions to explore.

I was grateful for the early morning meet and greet parking at Heathrow, organised by Holiday Extras, and was soon on my short flight to Geneva.  Veronique met our small group and we headed out to the mountains.

My first stop was the République du Saugeais. Now you may have some difficulty finding this on the map, so let me explain. Saugeais is a micro-nation comprising eleven municipalities. I was cordially greeted by the President, Georgette Bertin-Pourchet whose nation of some five thousand people has its own flag and National Anthem;  my wife and I were given a hand-written visa to enter the Republic.

The capital, Montbenoît is where, in 1947, the Prefect of the Department of Doubs came to attend an event at the Hôtel de l'Abbaye. The hotel’s owner, Georges Pourchet, jokingly asked the Prefect if he had permission to enter the Republic and made up some details about it, whereupon he was appointed President, a title which his daughter, Georgette, now enjoys. 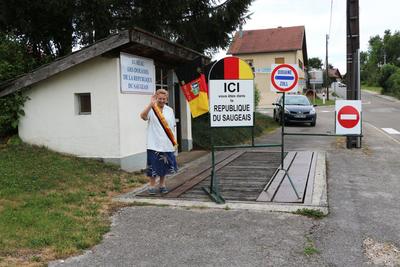 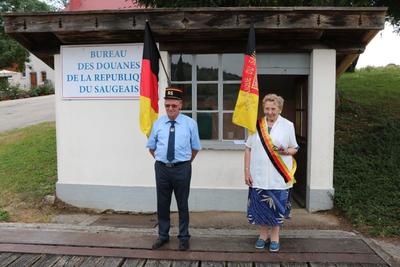 ​Smoked meats and fish are a local speciality and just over the border is Gilley, and the Tuyé (smoke house) du Papy Gaby. It is home to an 18 metre high chimney that smokes fish, ham, beef and the famous Morteau sausages. I craned my neck to see the produce hanging from the frames and afterwards tried some of the items; they certainly packed in the flavour. 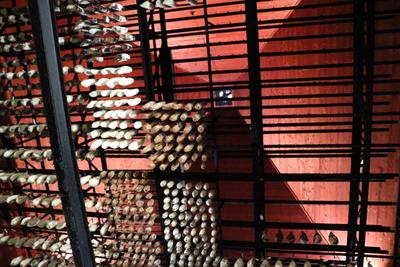 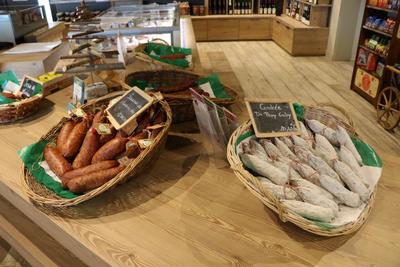 ​An unusual product of the area is Absinth. I visited the Armand Guy distillery in Pontarlier which was founded 1890. Production was halted during WWII due to the unavailability of the necessary ingredients, but is now in full swing and still operated by the Guy family. I was told about the history and production of Absinth, shown round the small distillery and then offered samples of this unusual drink; certainly something to remember, but don't drive afterwards! 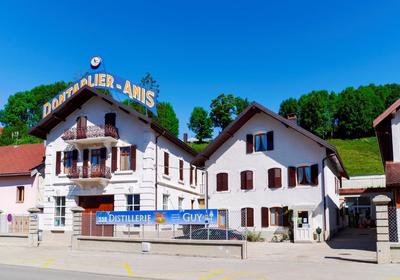 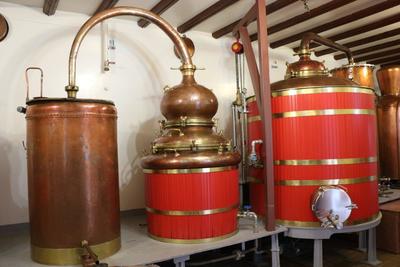 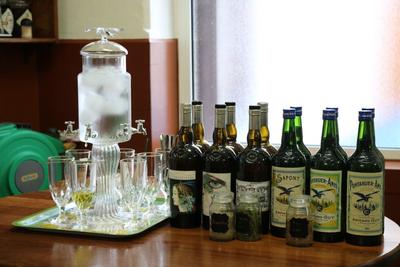 The area has many dairy farms and the milk is used to produce a wide range of cheeses. Built into a hillside, Fort Saint-Antoine is in Granges Narboz. The fort is no longer used for military purposes but instead for maturing 100,000 wheels of Compte cheese. So vast is the installation that cheeses are turned and moved by robot machines. 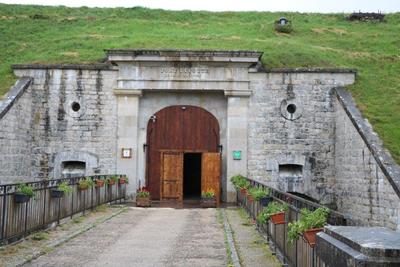 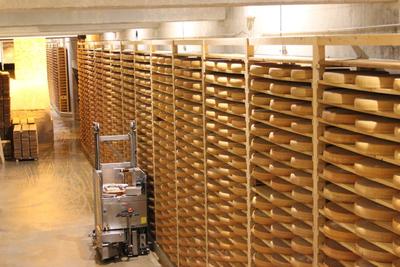 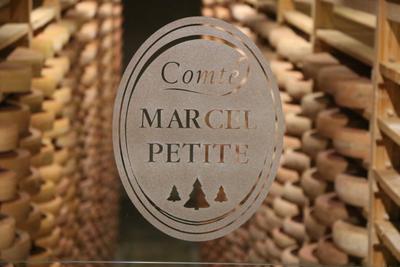 Another popular local cheese is Bleu de Bex. Like the other traditions I saw, production techniques date back hundreds of years. The factory in Chézery-Forens welcomes guests and samples were readily available for visitors to taste. 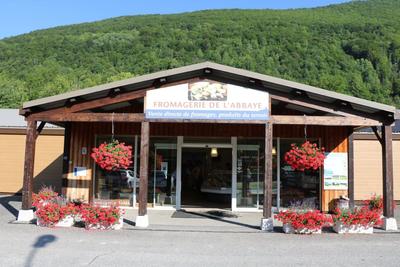 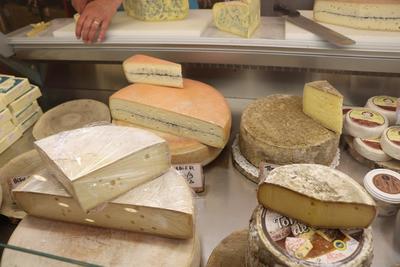 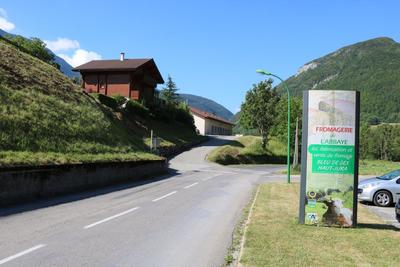 In this part of France cows have bells, so it is perhaps not surprising that nearby Labergement-Sainte-Marie is home to the Opertino bell foundry, which also welcomes visitors. I watched, somewhat apprehensively,  as a container of metal was heated until it was liquid and then poured into moulds, wondering why the men doing this so close to me were wearing protective clothing and face coverings.

The shape of the bells is determined by sand which had turned black with the constant exposure to high temperatures. After cooling, the moulds were opened, the sand removed and the new bells emerged, ready to be polished. Each one was tapped by the bell maker to ensure that it was sound. 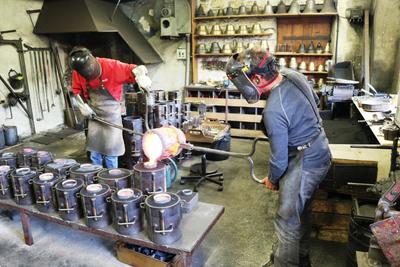 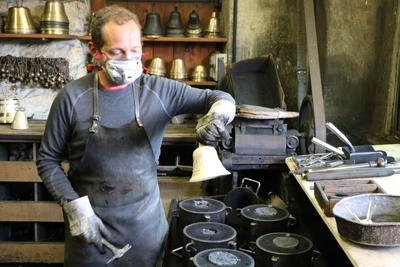 The busy town of Morez, hemmed in by steep mountains was, from around 1860 to the early 1900s, the centre for the production of spectacles. The industry was founded out of necessity when one Pierre-Hyacinthe Cazeau broke the frame of his glasses. At the time these were imported from England but in 1796 Cazeau, a local nail maker, used his skills to create a new frame and thus the industry was born. The eyewear museum contains a substantial and prestigious collection of historic glasses – truly an amazing spectacle!

Nearby St Claude is famous for the manufacture of pipes. Initially made of different types of wood it was discovered that briar was far and away the best material. I visited both the pipe museum, confusingly twinned with diamonds, as well as a pipe-maker who demonstrated how a simple lump of wood is shaped, drilled, assembled with a vulcanised rubber mouth-piece and polished to create the product we are all familiar with today. 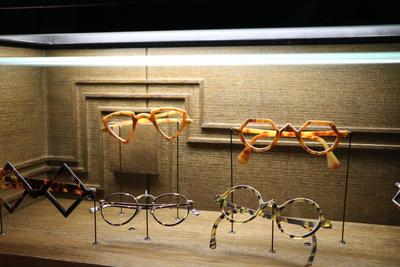 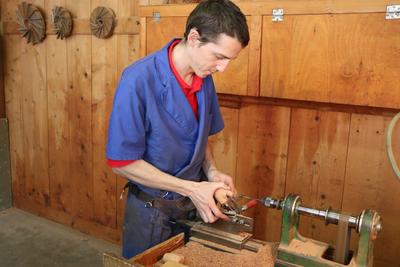 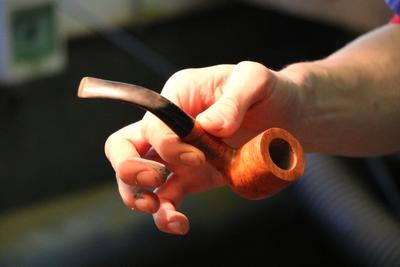 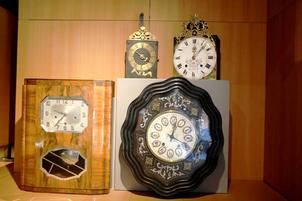 Clock and Watchmaking is another industry associated with the Jura. During the long snowy winters, farmers were unable to work on the land. So, in order to occupy their time and generate another income, they turned to watch-making. Indeed, Switzerland owes much of its watch-making heredity to this area of France. In the sixteenth century, Geneva gave refuge to French Protestants fleeing persecution, and they took their watch-making skills with them.

Side by side with watch-making is lapidary. Metal mechanisms are subject to wear so to strengthen them rubies, the hardest stone after diamonds, are used at key points to reduce wear, creating the requirement for the jewels. Thus the manufacture of watches and jewellery went hand in hand and I was fascinated t see how jewels are shaped and polished using traditional methods.

Of course many regions of France are famous for wines but the sparkling wines from Cerdon Bugey are made using the rare Ancestral method. The fermentation of the wine is stopped by cooling when the alcohol content reaches 6.5%. The wine is then bottled, capped and stored at ten degrees centigrade which gets fermentation under way again. The wine is then removed and filtered, the bottles washed to remove any sediment, then re-bottled to produce delicious sparkling wine with light bubbles, often pink in colour. I was able to see the process and have it all explained at the Lingot Martin cellar in Poncin, where again visitors are made welcome. 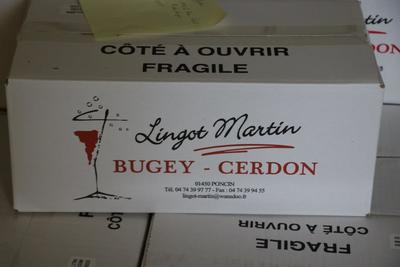 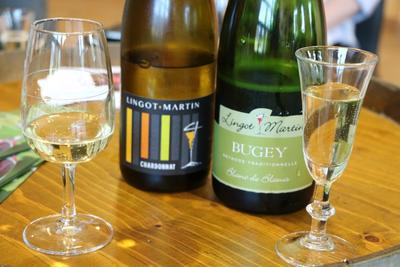 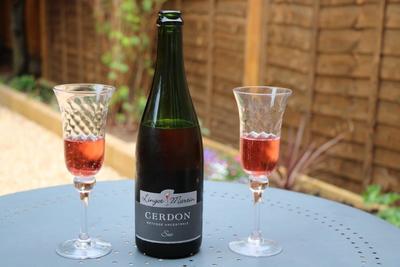 The production of silk material was also a major local industry, although due to commercial pressures it has now ceased. However, the factory set up by Claude Bonnet is now a museum and I saw the original weaving machines, material samples and even live silk worms and moths; truly a fascinating experience. 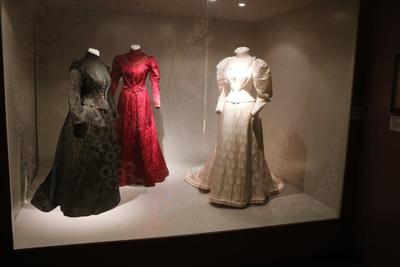 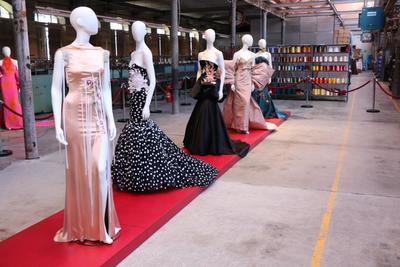 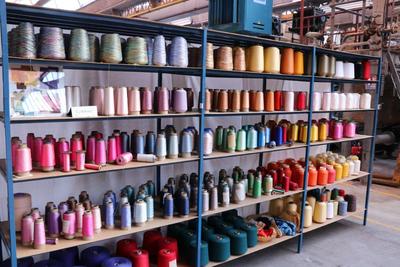 The Jura mountains may be well known for summer walking and winter skiing, but scratch the surface and you will find so much more to discover, as well as hospitable locals happy to share their fascinating past and present.

Jura Mountaains. For more details go to https://www.montagnes-du-jura.fr/en and https://en.bourgognefranchecomte.com
​Holiday Extras offers trusted Meet and Greet and other services at all major UK airports. To book, call 0800 1313 777 or visit www.HolidayExtras.com

Want more about France? Try ​A table en Paris and Languedoc Roussillon and Nice & beyond and Toulon
Back to Features homepage