By Solange Hando. Solange is a professional travel journalist and photographer, editor, public speaker and facilitator. She has contributed to National Geographic and Reader's Digest travel books and published features in 96 titles worldwide. She travels widely but her specialist subjects are Bhutan, where she attended the coronation, Nepal and France. She is a member of the British Guild of Travel Writers, Travel Writers UK  and the International Travel Writers Alliance. Her latest book is the Berlitz Guide to Bhutan. She is also the author of, 'Be a Travel Writer, Live your Dreams, Sell your Features' which has been endorsed by Hilary Bradt (founder of the Bradt travel guides) and best selling author Simon Whaley. Search for Solange Hando at http://www.amazon.co.uk
​'Welcome to the great Canadian, I am your cabin attendant, may I show you our safety measures? See this little hammer? Pull it out, tap the window in all four corners, then do it again, it's double glazed, put towels on the floor so you don't cut your feet and climb out. Have a lovely trip.'

'But excuse me, where is the bed?

'Just pull down the handle when you're ready.'

I look at my 'roomette', a single cabin 6'5 by 3'7, and I do have doubts. But never mind, must give it a go. Pull hard, really hard -almost knocking the fan off the wall-, and down it comes, duvet, pillows and all, stretching right over my private loo. What do you do in the night? Push the bed back up and wake your neighbour or totter down the corridor in your undies to the nearest public washroom.
​
Now I know what a roomette means but day and night, I am told, there is ample seating around the train, best of all up in the domed car where you feel on top of the world. Great views but beware: bagging a seat or dozing off is not permitted. Must remember that tomorrow. 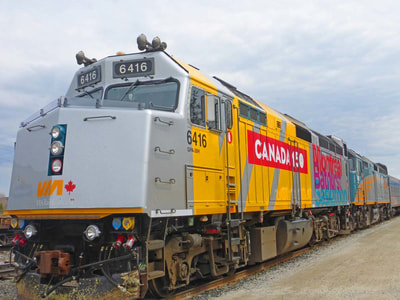 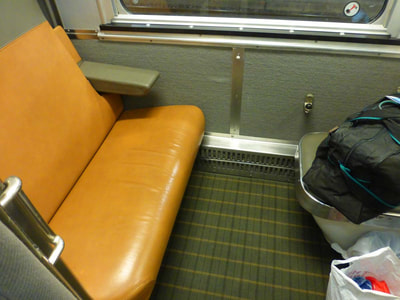 Ten-thirty and it's time to sleep, lulled by a never ending massage as the train rattles along, pitching and rolling like an ocean liner. However, hemmed into the cabin as I am, there is no way I could fall out of bed. I zip up the 'tent' but keep the blind open to gaze at the full moon, beautifully reflected in a lake but gone by the time I find my camera in the dark. Morning brings a blood red sun peeping over the horizon, rising almost at the speed of light so I miss that too.

Still there's plenty of time. It's over 1800 miles from Toronto to Winnipeg, two nights and a day, depending on traffic. It's single track so we frequently pull into sidings, waiting endlessly, it seems, to give way to priority freight trains, over two miles long. I count up to 231 carriages, many double-deckers, pulled by three engines, but our own Canadian barely stretches half a mile.
​
I'm up early for breakfast, first come first served, then rush up to the dome, falling more than once into a stranger's arms as we attempt to negotiate the two-foot wide corridor. Up on the top, I watch the long stainless steel roof snaking ahead of me through silver birch and fir like a scaly prehistoric monster. I've never seen so many trees but there's the odd tumbling stream, a river or two, romantic lakes in shades of emerald and green and bracken glowing coppery gold under the blue sky. Now and then, dozens of dead trees pop out of nowhere, white skeletons marching across the land. 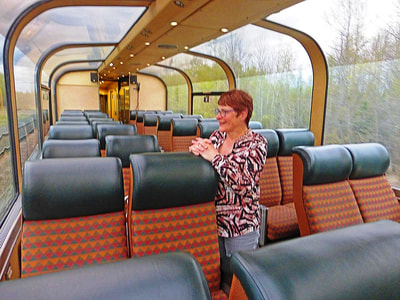 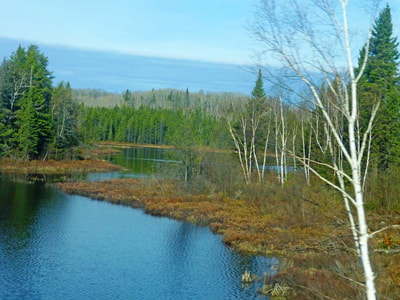 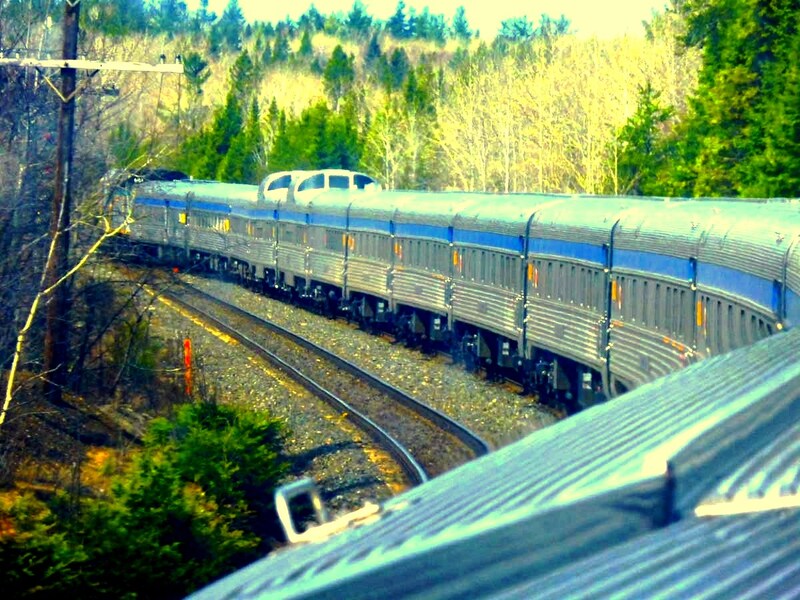 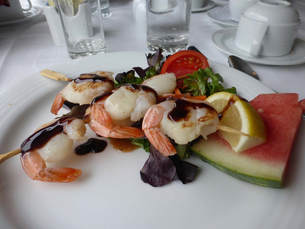 I am late-seating for lunch, though it's definitely worth the wait, so in the meantime, I stock up on free fruit and biscuits before making use of the shower at a quiet time. There's only one per carriage.

After 1188 miles, we reach Hornepayne and a 15 minute stop when we run up the platform to take pictures of our two engines while Mennonite families prepare to board. There are patches of snow around but we don't have time to build a snowman. Miss the train and it's a two days' wait for the next one.

Later on, we skirt a string of frozen lakes and marvel at the great flocks of geese migrating north at the first sign of spring. On the second night, the train is bolder than ever, bouncing and wobbling at break neck speed as if to beat a record, and I rock and roll in bed all night long, wondering how I'd escape if we toppled into a lake. But all is well and by morning, beyond the ominous Sioux look-out, we have reached the vast open plains of the Prairies.

We pull into Winnipeg after breakfast -wow, a hotel room has never felt so good- and two days later, I reboard the train, looking forward to a host of activities, bingo, beer tasting , singing and more, and a cosy roomette of my own all the way to Jasper where we arrive at 3.00 am, 13 hours late.
​
Why don't the Canadians take the train, I wonder?
​
Want more about Canada? Try Yukon's Dempster Highway and Quebec Toronto & Niagara
Back to Features homepage