The Antidote to Angkor Wat
By Edward Placidi. Edward is a freelance travel writer/photographer who has lived and traveled in 101 countries, including extended overland journeys across Africa, Europe, South America and Asia.  He has penned articles for dozens of newspapers, magazines and websites.  When not travelling he is whipping up delicious dishes inspired by his Tuscan grandmother who taught him to cook. A passionate Italophile and supporter of the Azzurri (Italian national soccer team), he lives in Los Angeles with his wife Marian.
​Like world-famous Angkor Wat ‒ which is seemingly at or near the top of everyone’s bucket list these days ‒ Banteay Chhmar was one of the handful of great ancient temple complexes that defined the powerful Khmer empire of Cambodia. But while Angkor Wat Archaeological Park, with its array of temples and monuments, is one of the most visited places on the planet, Banteay Chhmar is virtually unknown.  And the two travel experiences  could not be more different. 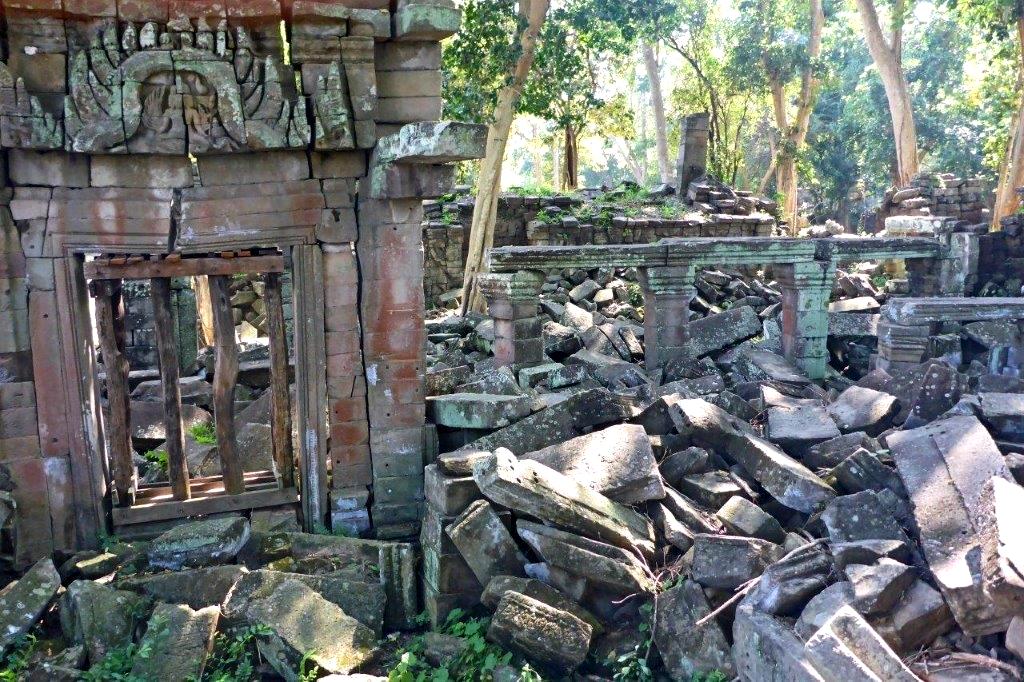 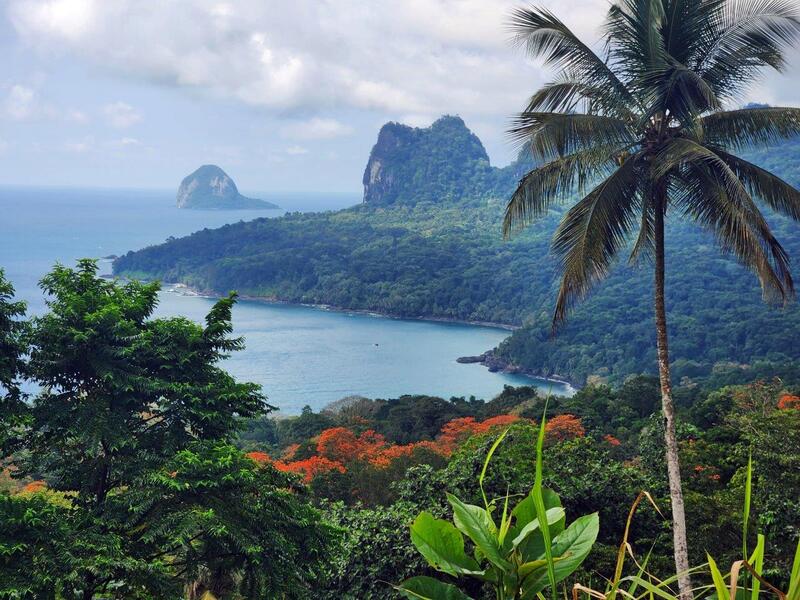 ​Numerous travel pieces have been written in recent years about how to beat or avoid the crowds at Angkor Wat, or at least lessen the impact. There is an alternative, however:  head to majestic, jungle-swamped Banteay Chhmar – if you’re ready to shun the bright lights and luxuries of Seam Reap for a remote getaway into history.

Seam Reap is a tourism boomtown like few others. Waves of tourists arrive each day ‒ many on nonstop international flights ‒ to witness Angkor Wat’s imposing historic sites and enjoy the provincial capital’s pleasures, an overwhelming profusion of open-air lounges and bars, blasting music, restaurants, massage parlors, shopping and much more. Banteay Chhmar (pronounced bahn tea cha maaa) has no hotels or restaurants; the only accommodations are homestays with several families.

But at Banteay Chhmar your imagination can run wild, as well as your feet as you explore the vast ruin from the 12th century  that you virtually have all to yourself.  The day I was there the only other people at the site were three Cambodian ladies traveling with two orange-robed Buddhist monks and a group of men working on a restoration project. 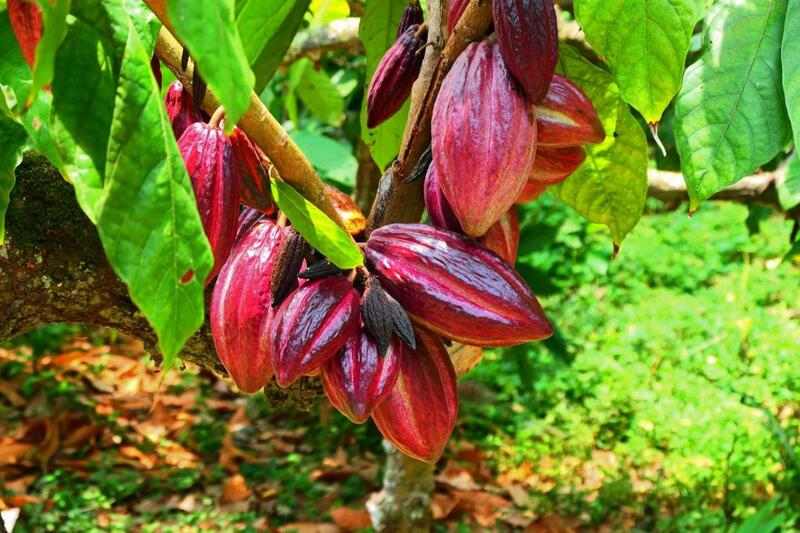 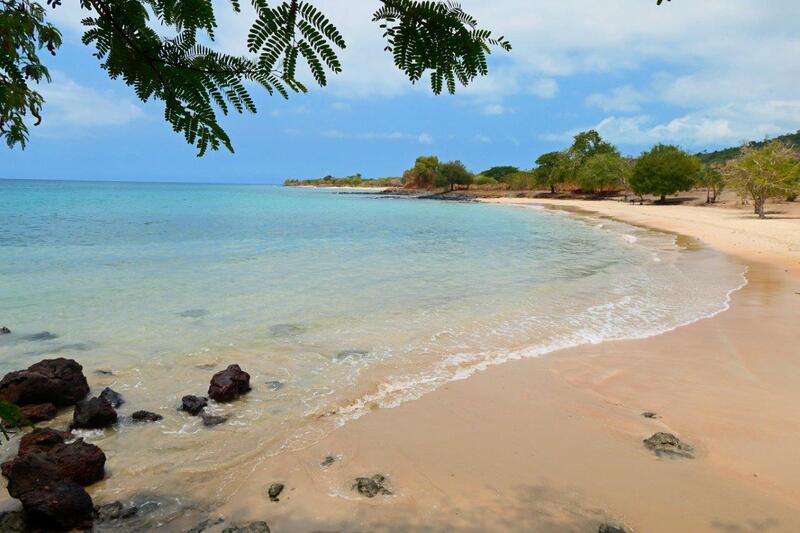 ​Time has taken a brutal toll on Banteay Chhmar.  It is many decades and huge sums of money behind the impressive restoration and extensive tourism infrastructure development of Angor Wat.  Walls and two-thirds of the 56 original towers have collapsed. The forest has been reclaiming the site for centuries; tree roots have undermined foundations and brought structures tumbling down. The temple complex has been ravaged by looters and vandals, particularly during the warfare of the tragic Pol Pot years. Today, it is a massive jumble of blocks of stone ‒ often difficult to negotiate on foot, even perilous in places ‒ punctuated by the remains of archways, towers and walls. Thirty years ago Angkor Wat looked very similar.

Banteay Chhmar, however, has not been completely forgotten. A charitable foundation has been funding restoration work, including rebuilding  one of the mysterious “face” towers with large images of gods and reconstructing walls studded with intricate bas relief carvings depicting  battles and historical lore. An NGO, meanwhile has been helping with a nascent tourism program. 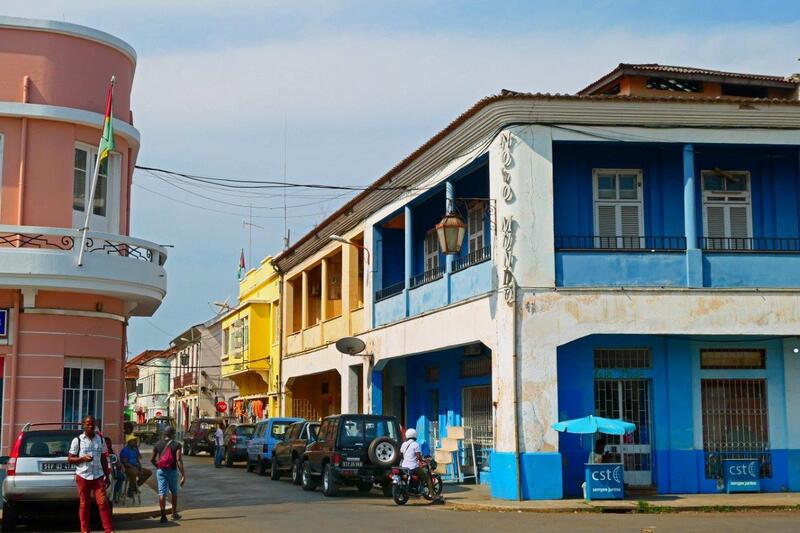 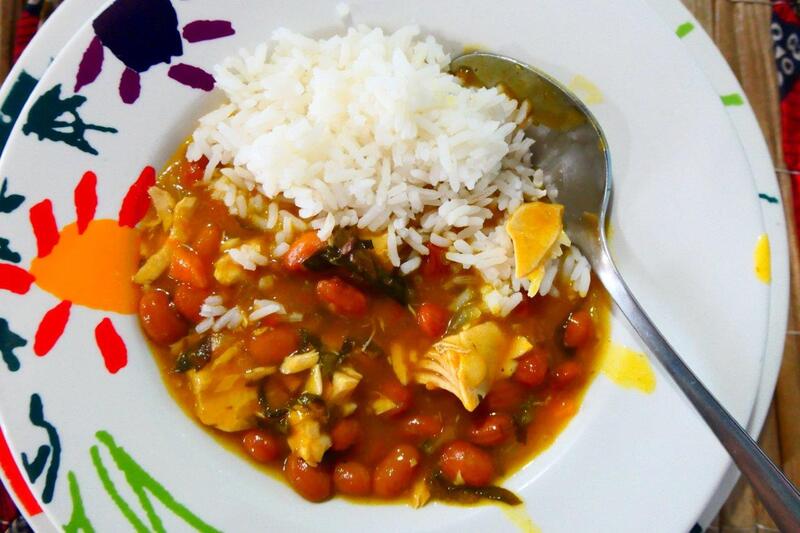 ​“Banteay Chhmar and Angkor Wat have a very strong connection, “said Sokuon, my guide. “King Jayavarman VII built both Banteay Chhmar and several of the famous temples at Angkor Wat including Bayon and Ta Prohm.  It is believed that the face towers here were the prototype for the ones at the Bayon.”

Called the "second Angkor Wat” by some, the complex is reached by four stone causeways over a wide moat surrounding the site that is home to fields of floating lotus flowers. The rows of statues lining the causeway are missing their heads, ferreted out of the country to sell to collectors. Entering the grounds, one is immediately struck by the demonstrative interplay of temple and forest. Trees are growing in, around and through the forest of collapsed stones; there is little separation between nature and human creation.

I had made arrangements to experience Banteay Chhmar through a visitor program created by Community Based Tourism (CBT), an NGO  that helps communities in Cambodia develop tourism infrastructure that is sustainable with the benefits going to the community rather than a commercial enterprise. The program encompassed taxi transportation to the village, a homestay with a local family, meals, tours and my guide, Sokuon. The NGO’s efforts have been modestly successful:  700 overnight visitors in 2007, the first year, growing to 1,600 in 2017 (compared to millions annually to Angkor Wat).

The program was well thought out and executed; only the homestay was somewhat disappointing:  The family avoided me and did not speak any English. The room in their home ‒ very basic but with a fan, AC wall unit, mosquito net and private bath with cold water only ‒ was essentially just a place to sleep, not to experience Cambodian home life.

Everything went through Sokuon and the CBT clubhouse  across from the entrance to the ruins. Sokuon was a perfect host: engaging, well trained, knowledgeable. He grew up in a refugee camp in Thailand, his family having escaped the Pol Pot regime, and on his return got involved with the CBT project. He ferried me about on the back of his motorcycle, picking me up for tours and meals served at the clubhouse.  As we rambled over every inch of the ruins, his historic anecdotes brought Banteay Chhmar to life. We had long conversations over meals. The menus were simple but tasty: scrambled eggs, toast and coffee or tea for breakfast, and soups, stir fries and rice for lunch and dinner. 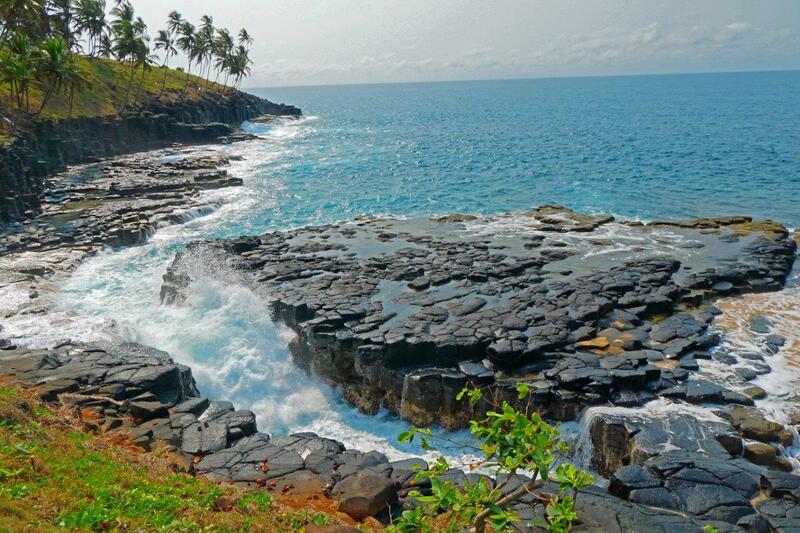 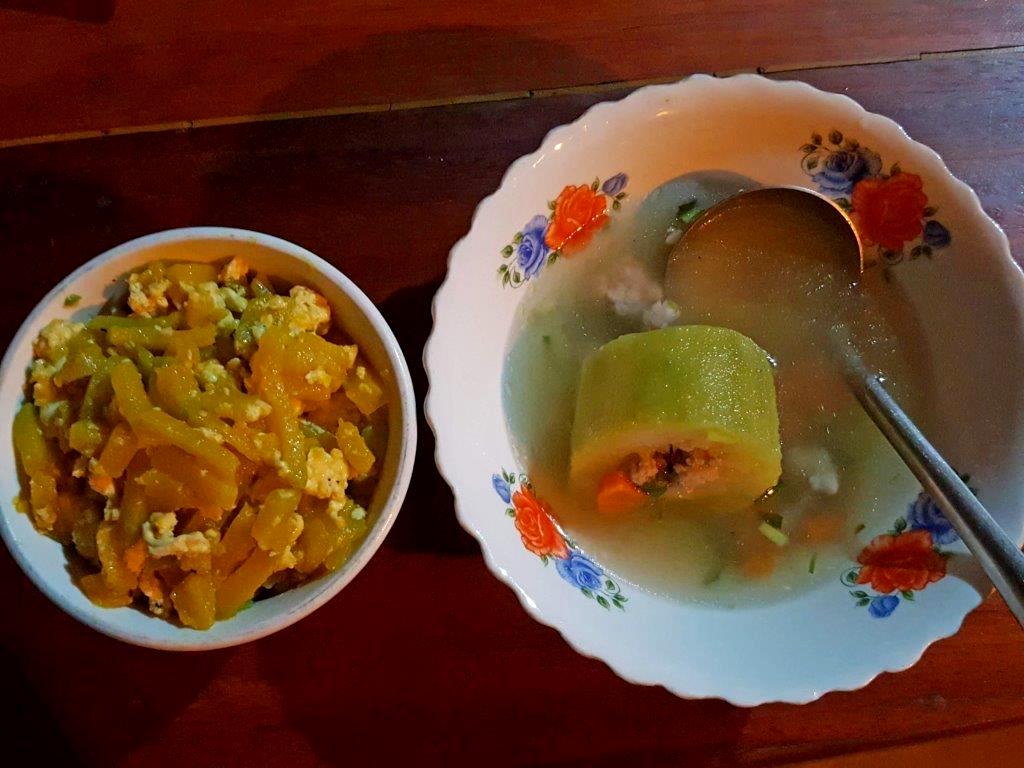 ​In 2007, Global Heritage Fund, which works in developing countries to rescue signiﬁcant cultural and historical sites, launched a successful initial eight-year restoration effort, focusing on the carvings the temple is most famous for.  Especially noteworthy and impressive restorations are a nearly 100-yard-long wall of bas reliefs depicting a wide array of scenes, from great battles to the king represented as an imposing figure bigger than life, and the magnificent 32-arm image of Avolokitesvara, the beloved and venerated Buddhist bodhisattva.

But arguably the most stunning sight is at Prasat Ta Pruhm, one of nine satellite temples ringing the main temple complex. Most are in complete ruin, but at Prasat Ta Pruhm a stunning, rebuilt Bayon-like face tower rises above the forest in all its enigmatic and inscrutable glory. As Sokuon explained, the towers originally had a face on each side, peering in each of the four cardinal directions, but it is unclear who the faces belong to. Initially it was thought to be Brahma, the Hindu God of creation, then speculation shifted to Lokeshvara, the Buddhist bodhisattva of compassion, while some believe it is King Jayavarman VII himself depicted on the towers. ​Restoration work continues at the site today, albeit on a small scale. Watching the team at work, for just a few minutes, it was obvious reconstituting Banteay Chhmar will be a labor of decades needing extensive funding.  In the meantime, more than an alternative to the crowds and commercialization of Angkor Wat, Banteay Chhmar is an outpost, untouched by mass tourism, keeping the history and mystery of ancient Cambodia alive. 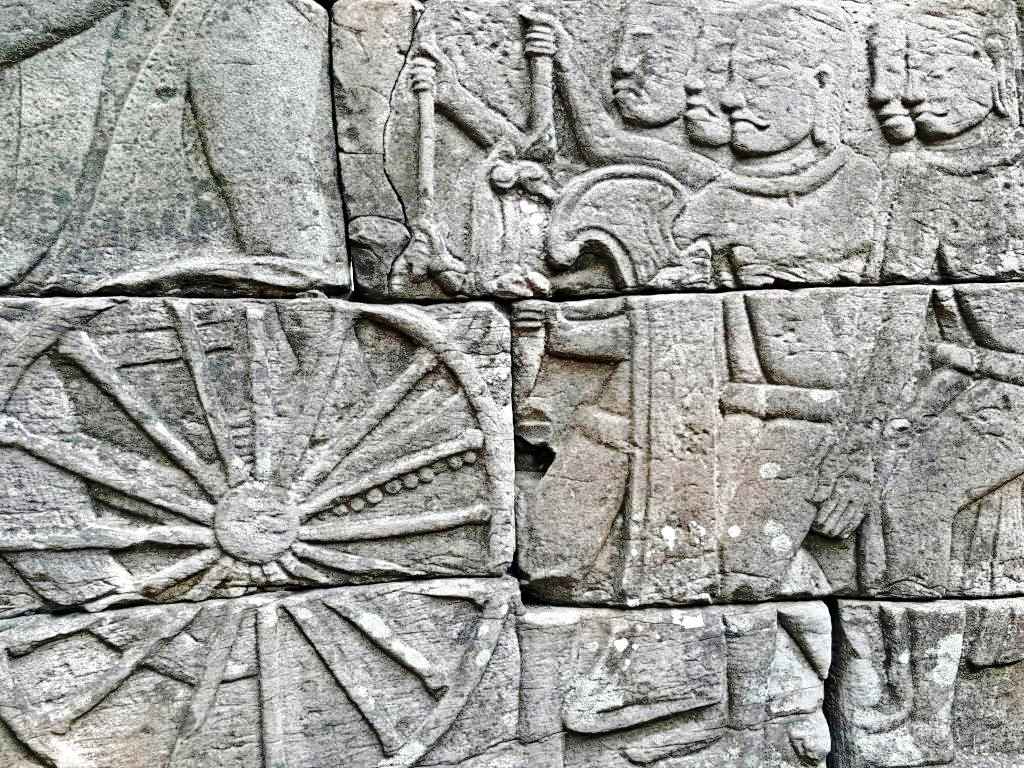 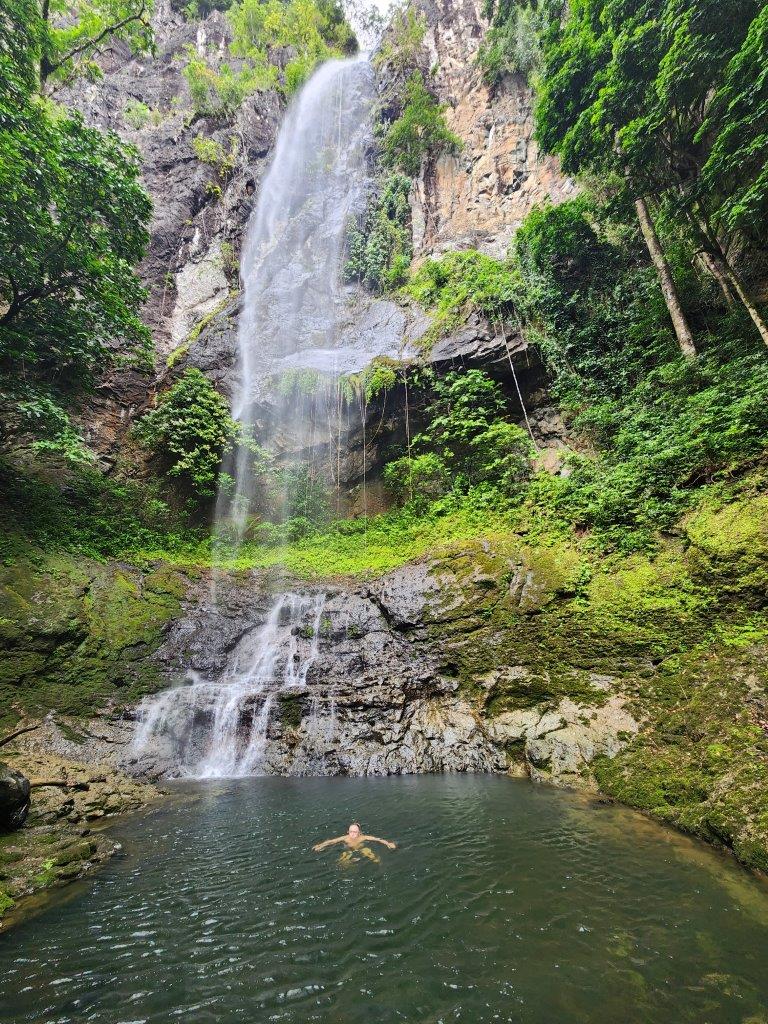 FACT BOX
Banteay Chhmar is located  in northern Cambodia close to the Thai border. It can be reached by taxi from Sisophon, the closest town about 37 miles away, for $25 one way;  from Seam Reap, which is about two hours from Sisophon, a taxi is $60 one way.