This Austrian Grande Dame is a whimsical city always giving more than you expect
By Gilly Pickup. Gilly is a freelance journalist, travel writer, author, cruise specialist and photographer who also publishes features in national and regional newspapers and magazines on travel related health, well being, women’s interest, food and  lifestyle. Gilly has written twelve books including ‘The A-Z of Curious London’, ‘Haunted West End’,‘The Little Book of Spirituallty’ and  ‘Great British Inventions: From the Brilliant to the Downright Bonkers’. More books are on their way. www.travellinglady.co.uk
I discovered this when I found myself in Vienna’s 3rd district standing in front of one of the strangest buildings I had ever seen. “This is the Hundertwasser House,” my guide explained, waving expansively to include the entire higgledy-piggledy building plus the rooftop trees, “named after the local artist who designed it. It symbolises architecture in harmony with nature.”  The lavishly coloured building looked a bit Alice-in-Wonderlandish to me with its spontaneous vegetation, trees growing out of some windows and undulating floors. Hundertwasser claimed an uneven floor is ‘a melody to the feet’.

It was almost as idiosyncratic as my accommodation, the 25hours Hotel, a sheer explosion of colour and fanciful circus-themed rooms.  It offers free bike rental and wifi for guests while its rooftop bar is a popular hangout for the trendy set. Some rooms have bath tubs on the balcony, others come with kitchenettes and Nespresso machines, there is even a seasonal food truck which serves burgers in the garden. No run-of-the-mill hotel this! 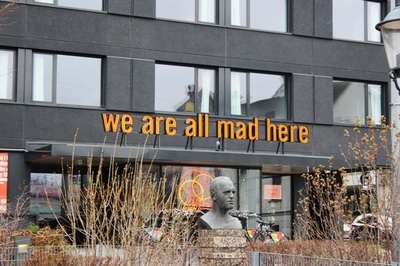 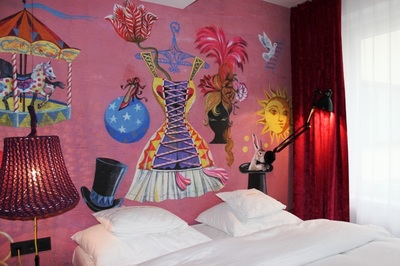 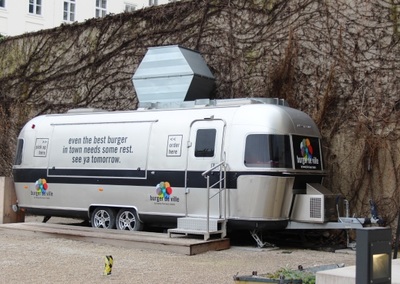 ​Earlier that day I visited the Prater. Like many grand European parks, Vienna’s Prater started life as a carriage-riding area for the nobility.  No wonder Those-And-Such-As-Those got cross with Emperor Joseph 11 when he decided on a whim to open it up to the hoi-polloi in the mid 1700s. Before you could say ‘schnitzel’ it was awash with freak shows, fortune telling machines and barrel organs. Of course these have all long since gone and the park is now popular with joggers, walkers and cyclists. Besides its national football stadium, the main attraction is its year round fun fair best known for its Giant Ferris Wheel (Riesenrad) and the only one of its time still in use today. Erected in 1897 it towers over the city and if you don’t mind heights and want to let your hair down, you can follow Orson Welles example - as Harry Lime he starred in the visually stylish post-war film ‘The Third Man’ - and take a ride in one of its 15 ornate gondola-carriages, all big as garden sheds. Big enough, in fact, that they could probably hold an entire family including the in-laws.  For those who want to hold a special event in the skies above Vienna, some are furnished with tables for catered dinners and parties.
​ 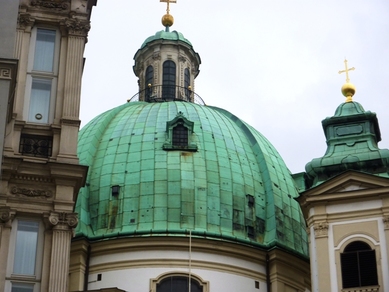 ​Not far away is ‘Supersense’ on Praterstrasse, a contemporary take on the cafe culture for which Vienna is famed. Referring to it simply as a cafe doesn’t do it justice because it is also a recording studio, craft shop, delicatessen and print works set inside a grand 19th-century ‘palace’ modelled on Venice’s Ca’ d’Oro.   Generally speaking, as far as eating out goes, Viennese food is rather bloodthirsty, with beef and veal featuring heavily on menus.  Fortunately though, for those of us who don’t eat meat, more vegetarian restaurants are popping up across town which is good news.

During my stay, it seemed that everywhere I went I happened upon references to Vienna’s musical worthies. Haydn, Schubert, Beethoven, Strauss, Mahler, Bruckner and Mozart all lived here at one time or another. One much visited pilgrimage site is the Mozarthaus located on the Domgasse behind St Stephen’s Cathedral and the only surviving residence of Wolfgang Amadeus.  Locals refer to it as the ‘Figarohaus’ because he wrote The Marriage of Figaro here. Another is the Pasqualati House, one of Beethoven’s abodes. Most of his winters were spent in this house, now a museum, which he rented from Johann von Pasqualati. The piano on which he composed his Fifth Symphony sits in the main room together with personal artifacts including paintings and musical scores.  Exit the building and eagle-eyed fans of classic film The Third Man will spot a doorway from the movie, alongside Beethoven’s abode.
Ten Things You Must do in Vienna

1 Delve into the Natural History Museum. More than 5,000 objects are displayed including  dinosaur skeletons, a giant topaz and a 29,500 year old statuette.

2 Check out the Anchor Clock, you’ll find it at the 'Hoher Markt'. It is adorned with musical ornaments which  move across the bridge hourly culminating in a grand finale at noon when all the figures parade together.
3 Spend an evening at the Opera.  You don’t have to don a ballgown or tux and can get a standing ticket for Euros 3 or 4. A box office on Operngasse  opens around 60 minutes before performances, though if you want to nail a prime position then get there early.

4 Visit the Third Man Museum. Fans of the melancholy 1949 thriller will be bowled over by the collection of original film artifacts, signed photos of the film’s stars and the original zither on which the haunting theme tune was played.

​5 Have coffee and cake in one of the city’s legendary Kaffeehauser (coffee houses). Your coffee is brought to your table with a flourish and glass of cold tap water. 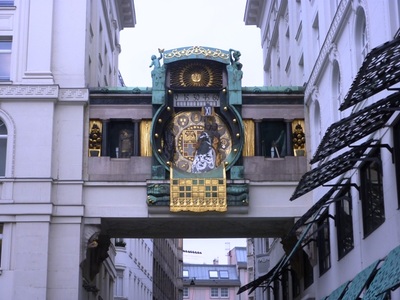 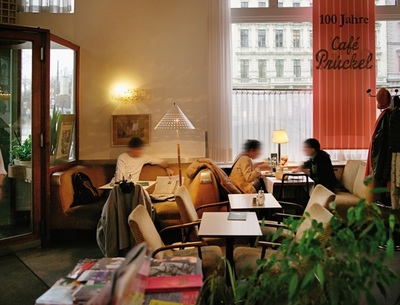 ​6  Make time to see the Hofburg Palace which contains the Imperial Apartments, Spanish Riding School and a museum devoted to Empress Elizabeth (known as ‘Sisi’).

7 Be like a local and have a bite to eat at one of the city’s Würstelstande (sausage stands). As the name suggests they dispense sausages, hot dogs, soft drinks and beer.

8 Plenty of puff is needed to climb the 343 steps to the top of St Stephen’s cathedral but it is worth the effort for the dazzling views when you get there.

9 The Museumsquartier is home to the Leopold Museum, Kunsthalle Wien and Museum of Modern Art, MUMOK. 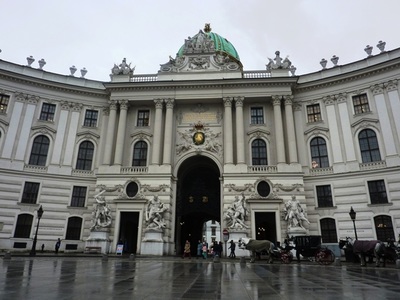 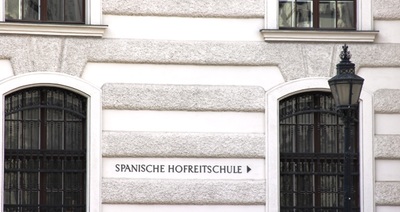 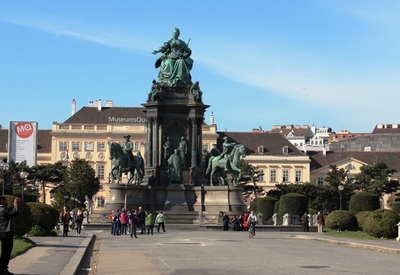 10 The Vienna Card entitles holders to 48 or 72 hours unlimited travel on public transport  and discounted entry to many museums and attractions. www.wienkarte.at
Fact Box
EasyJet (www.easyjet.co.uk)  flies from Gatwick to Vienna prices from £90 return.
25hours Hotel www.25hours-hotels.com/en/museumsquartier/home/home.html
More on Vienna:  www.vienna.inf
​
Back to Features homepage