By Mike Pickup, Mike writes about travel for numerous newspapers and magazines, both consumer and trade, and has over a hundred features published each year. He is also the Editor of Holiday Magazine and a professionally trained photographer. For more information click here ​
You start as strangers and end as friends...
..... is a phrase often used by coach tour operators. It is not the only benefit of this holiday format by a long way. Our recent trip to Scotland was no exception.

Our journey started in Edinburgh, Scotland’s capital, and a City piled high with history, culture, great shops and restaurants. Those interested in the spookier attractions are well served by the Edinburgh Vaults and Mary King's Close, a warren of streets dating back to the 16th Century. 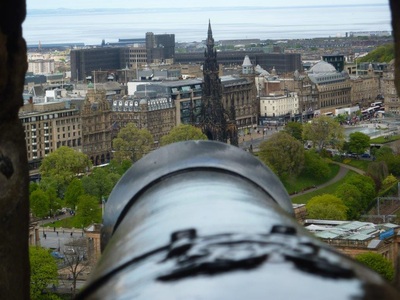 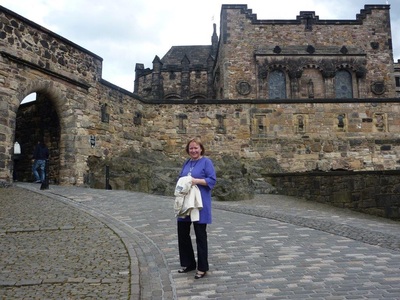 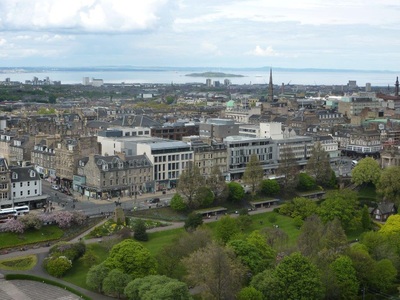 Positioned on a rocky crag and dominating the City is Edinburgh Castle, the oldest part of which is St Mary’s Chapel, dating back to the 12th Century. It is Scotland’s most visited paid-for attraction and the site of the famous Edinburgh Tattoo. Running down from the Castle is the Royal Mile, home to many shops and historic places of interest, including the Whisky Experience, housing the world’s largest collection of whiskies.  Numbering nearly 3,400 bottles, it was put together over 35 years by the Brazilian Claive Vidiz, was purchased by Diageo in 2008 and shipped to Edinburgh where it is now on view. 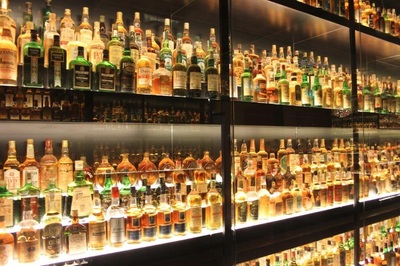 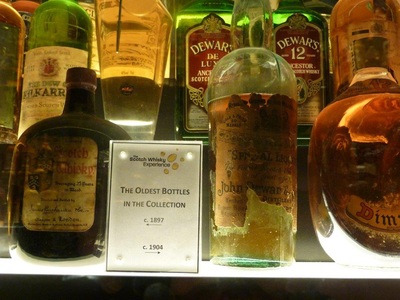 The oldest bottle in the collection dates back to 1897, the rarest is one of only 100 bottles of a Strathmill single malt produced to celebrate the Speyside distillery's 100th anniversary. However, a favourite of Mr Vidiz is Dimple Pinch which he bought in 1969 for $1,000, the most expensive limited edition Scotch available at the time.

Edinburgh is also home to the Palace of Holyrood House and is the Queen’s official residence in Scotland. The house and gardens are well worth a visit. 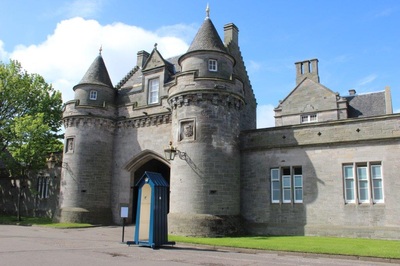 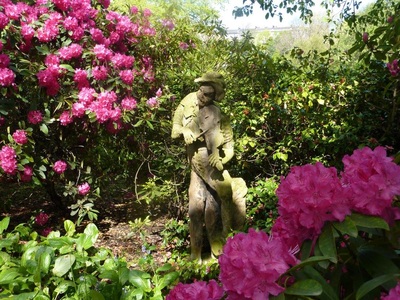 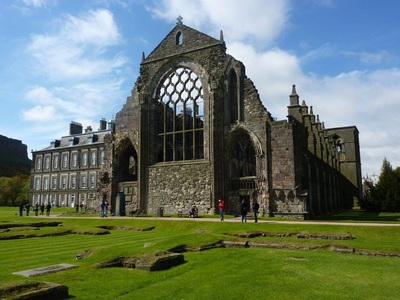 Continuing the regal connection the Royal Yacht Britannia is moored in Leith, on the outskirts of Edinburgh, and visitors can see the Queen’s bedroom, office, dining room and many other areas of the yacht, even the engine room and the Royal Barge.
Less than an hour’s drive from Edinburgh and we found ourselves at another nautical experience, the Falkirk Wheel. There has been a great revival of canal cruising but one of the major obstacles to navigation was the link between the Forth & Clyde Canal and the Union Canal, a difference in elevation of 115 ft (35m). Originally this was accomplished using a flight of eleven locks, involving loss of significant amounts of time and water. A better solution was sought and in 2002 the Queen named the structure the Falkirk Wheel. The wheel consists of two gondolas on opposite sides of a wheel, each containing the same weight of water. One is at the top, the other at the bottom. Boats fill both gondolas but, because of Archimedes principal, they still weigh the same amount. Once sealed, the wheel rotates, lowering one gondola and raising the other. So well balanced are the two gondolas that the system uses only 1.5kw of energy to operate, that’s equivalent to boiling just eight domestic kettles. 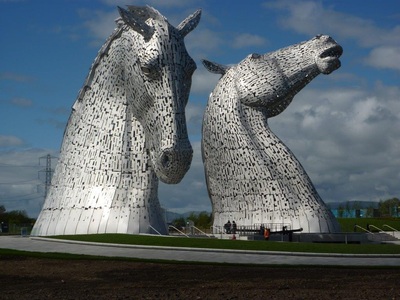 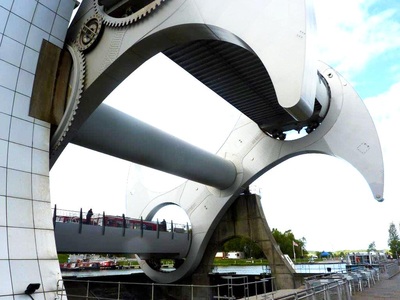 The wheel is part of a regeneration area known as the Helix. Another spectacular construction here is The Kelpies. The sculpture is of two horses heads, some 30m high. They are based on the heads of two working Clydesdale horses, Duke and Baron, who attended the opening ceremony in April 2014.

Of course, whisky always features in tours of Scotland and we were not disappointed in our visit to Deanston Distillery. In part this is a tribute to social re-engineering. The buildings were originally a cotton mill which not only gave employment but also built housing and a school for the employees and their families. The cotton industry is no more but in the 1960s the building was re-designed as a distillery, producing distinctive single malts much in demand by blenders. Even as a cotton mill Deanston used the fast-flowing river Teith for power. This is still used to run turbines and so efficient is the system that the distillery is able to sell 75% of the electricity it produces to the national grid.

Whilst there is much more to Scotland than whiskies and castles, there is probably none better than Stirling Castle. Like Edinburgh Castle it is built on a crag and for many years Stirling was the capital of Scotland and its castle the gateway to the highlands. 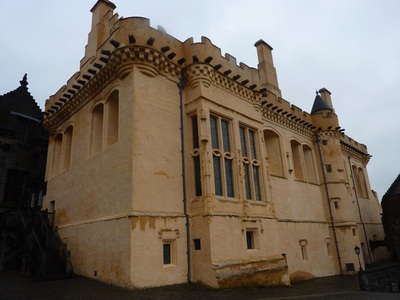 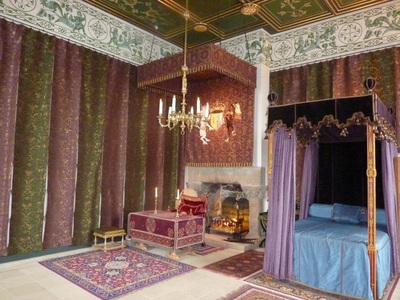 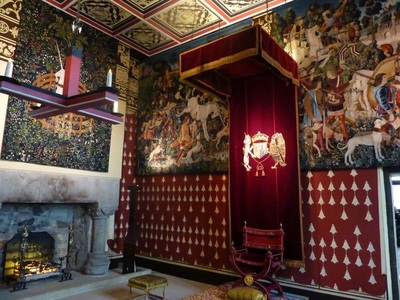 An ambitious project is near completion with the Palace being totally refurbished, inside and out, and brought back to the way it would have looked in the mid 16th century. The results are spectacular.
We visited other attractions and our trip came to a memorable end with a cruise on Loch Lomond. Just a short distance from Glasgow, the loch is one of the most famous in Scotland with magnificent scenery and delightful hotels. There is a road running along the west side of the loch but this cannot deliver the views you get from a boat. There are many great attractions, old and new, to be seen Scotland but the natural scenery is the star of the show, something that hit home with our fellow passengers. One summed it up by saying it had surpassed all her expectations. 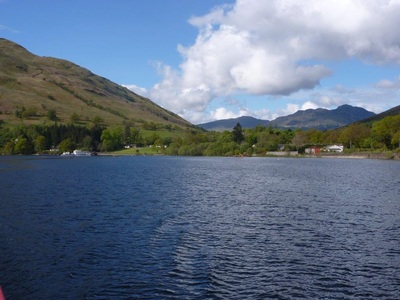 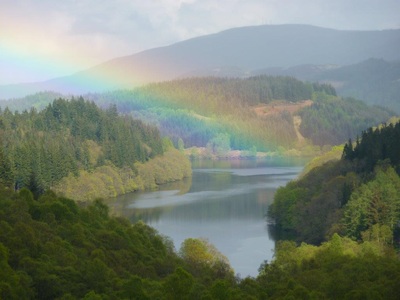 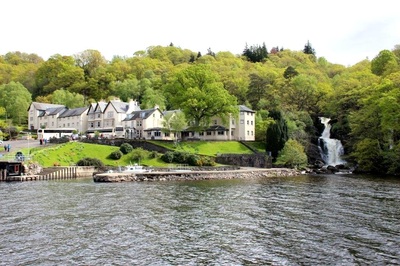 Of course you can drive yourself but there are many advantages of taking a coach tour. You don’t have to worry about enjoying Scotland’s hospitality and the samples you will be offered at distilleries and breweries. Reading maps and planning your journey is all taken care of and you are in the hands of expert drivers and knowledgeable and entertaining guides.

Sitting higher up in a coach, views of the countryside are not hindered by hedgerows, and seating is spacious and comfortable. Many of the attractions we saw were available only to parties like ours, not to individuals and, of course, attractions and hotels are all booked for you. Then there was the fun of meeting new people who became good friends as we explored this beautiful country together. If you have not yet discovered coach touring then check it out.

For more information on coach tours visit www.findacoachholiday.com and for Scotland go to www.visitscotland.com
Want more about Scotland? Try Ben Nevis and Glen Ogle
Back to features homepage