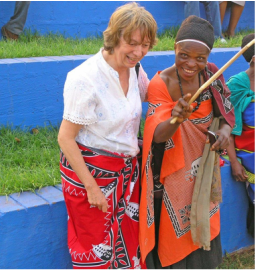 ​Bordered by Mozambique and South Africa, Swaziland is merely a blot on the map but I enjoyed the wild life, the exquisite craft and most of all, the annual Reeds Festival held in honour of the Queen Mother and her son Mswati III who, together, rule the last absolute monarchy in Africa. Next year will mark the 30th anniversary of their reign.

It was springtime when I reached the Valley of Heaven and maidens had already gathered from across the country for the week long festivities. 'Umhlanga' has its roots in ancient chastity rites, now abandoned, though offering labour tribute to the Queen Mother continues with much feasting and dancing.

​It must be quite a sight when thousands of girls arrive from their chiefdoms to spend the first night near the royal village of Ludzidzini.  The following day, they walk to the reed beds and brandishing knives that send shivers down your spine, they cut down reeds over twice their height, tying them in bundles with plaited grass or plastic ribbons. The reeds are carried back like trophies and used to strengthen the royal enclosure. When the work is done, there’s time to relax with your friends, add the final touch to your scanty but colourful ceremonial costume and groom your hair before appearing in front of the king. 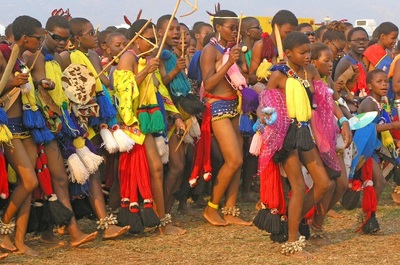 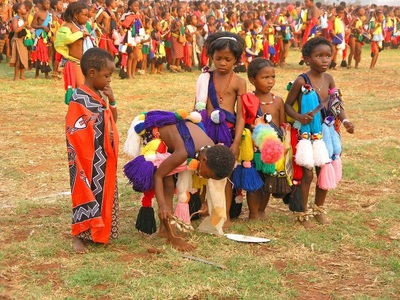 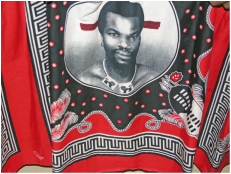 'The king attends on the seventh day,' said my guide, 'that's when the girls will dance for him and he can choose his next bride. We'll get there just in time'.

What would it be like to wake up that morning and wonder if it might be you? And as for the king, how can he choose when 20 000 pretty girls parade in front of him? Adding another bride to the list is not compulsory but it helps unite the different clans, they say, though on occasions, the king has faced a rebel or two. What happens then, no one is prepared to say.

So on that final day, I followed the crowds along the dusty lanes lined with food stalls, taxis and vans. Bunting fluttered across the road, blue, yellow and red, as people of all ages poured into the stadium.
'Ready for the dance?'
'Can't wait to watch, but I'm not joining in...'

​The locals giggled, they knew I was nervous. There wasn't  another western face around and in the royal stand, the king looked pretty awesome in his tribal dress, loin cloth of leopard skin, headdress of red lourie feathers… and swanky sunglasses. Then the royal princesses arrived, leading the dance among beautifully poised young women, excited teenagers and children watched by anxious mothers. Each tightly packed group performed their acts simultaneously, glowing with pride as they shuffled barefoot around the grounds, revealing a great deal more than I did in my newly-acquired local 'dress'. There were tassels and beads, shields, daggers, anklets and bracelets, mobile phones and traditional shoulder wraps sporting the king’s portrait.
​A troop of raucous warriors burst unannounced into the arena, waving sticks under my nose, and my heart sank for a minute or two, but the crowds laughed and promptly returned to their dreams, dazed by waves of blinding colour and the hypnotic rhythm of African folk songs. Somewhere in the commotion, a young dancer carried a red rose and soon, 20 000 girls, maybe minus one, would go home, with meat from the ritual slaughter to share with their family. A thank you gesture for their efforts. 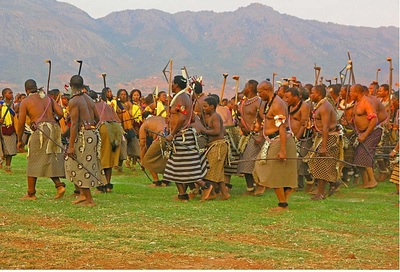 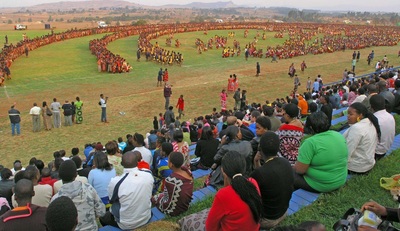 ​Whether Mswati III would choose a new wife to celebrate his birthday and strengthen his rule, no one knew for sure. In this poor country, he remains surprisingly popular though his lavish lifestyle has raised concern and some see the brides' festival as a breach of human rights. But with 15 wives to date, 47 year old Mswati III is unlikely to rival his father. Sobhuza II had 70 wives, 210 children and over 1000 grandchildren.
​
Want more about Swaziland? Check out Walk on the Wild Side
Back to Features homepage