By Gilly Pickup. Gilly is a freelance journalist, travel writer, cruise specialist and photographer who also publishes features in national and regional newspapers and magazines on travel related health, well being, women’s interest, food and  lifestyle. Gilly has written three books, ‘The A-Z of Curious London’, ‘Haunted West End’ and ‘The Little Book of Spirituallty’ and her  fourth,  ‘Great British Inventions: From the Brilliant to the Downright Bonkers’ is  due to be published in late 2015. www.travellinglady.co.uk
William the Conqueror liked to visit Old Sarum Castle, standing high above the Salisbury Plain and site of the ancient city of Salisbury.  I am quite sure though, that had The Swan Inn been around in those days, he’d have jumped at the chance to stay there instead. 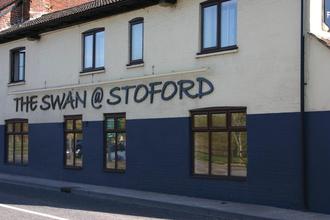 Besides a warm atmosphere, friendly staff and comfortable rooms with squashy duvets and pillows, this traditional Inn, creaking with character, is the ideal base to explore fascinating places of interest including the UNESCO World Heritage site of Stonehenge, prehistoric Avebury stone circle and the City of Salisbury with its medieval cathedral and soaring spire, tallest in the land.

During our stay, we visited Wilton Shopping Village with its factory outlet stores selling quality goods including textiles, glassware, clothing and golf equipment at discount prices.  Nearby is Wilton House, built on the site of a 9th century nunnery and home to the 18th Earl of Pembroke. 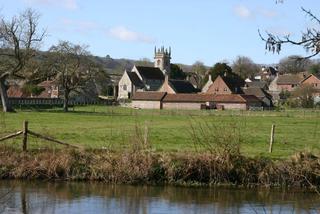 This grand stately pile is popular with film crews and was the location for films and television series including Sense and Sensibility, The Madness of King George and Pride and Prejudice.

After a hard day’s sightseeing, it was a pleasure to return to The Swan to enjoy a relaxing candlelit dinner.  Food, including handmade sausages, award winning cheeses and home baked breads, is sourced locally to help support local businesses.

It all adds up to an imaginative menu, a delicious combination of simplicity and decadence.
www.theswanatstoford.co.uk  tel: 01722 790236
Back to Features homepage