Setting sail in the Caribbean
By Kate Robertson. Kate is a Canadian freelance writer.  She has a passion for active solo travel, and you’ll find her equally ready for adventure in a 5-star hotel or a tent, with pen in hand and ready to write about it.  Her writing interests include travel, culture, food & drink, spas, health & wellness, responsible tourism, and epic /off the beaten path adventures.  She is a regular contributor to an impressive number of well-known print and online titles and is a member of the Travel Media Association of Canada. Find Kate at katerobertson.ca Twitter @kateflyingsolo
​“Does it storm here often?” I ask my server at L’Azure in a tiny voice.  I figured I could trust her, as after all, she hadn’t steered me wrong with her dinner recommendation--the seared Barracuda served with okra was delicious. 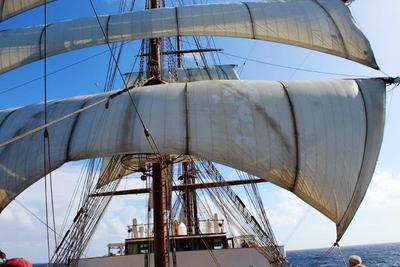 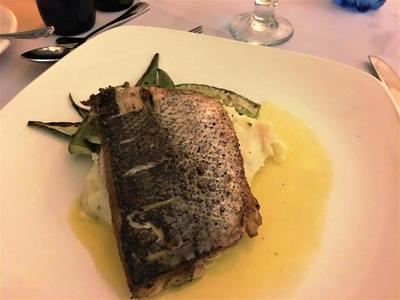 We set sail at 22:00, after a gourmet dinner, and there are two things I already know for sure:  I’m going to be well fed for the next six days, and I’m in good company with 64 friendly crew members and about the same number of ​interesting passengers, from Germany (Sea Cloud is a German company), other European countries, and the United States.

The first night is rough, as we hit open waters, and I am amazed I don’t wake up on the floor; but the staff assures this is the roughest leg of the trip (it was), with its closeness to the open Atlantic.    The next morning I start to get my sea legs, and I make my way up to the lido deck to watch sails “being set”. First mate, Kathryn, a Canadian, explains as young deckhands buckle in and climb the towers amidst various ropes and pulleys to unfurl the sails, a fascinating process.

This is exactly why I have chosen the Sea Cloud II--to experience sailing in the Caribbean, and for its small size which allows access to islands not easily accessible by big cruise ships.
​Laid Back Bequia
Once sails are set, we can already see our first stop, Bequia (pronounced Beck-way, and which I have to admit I’d never heard of), but our Swiss captain advises that it is actually 21 kilometres away.

When we arrive, we shuttle aboard zodiacs to Port Elizabeth to tour the island, and it is apparent Bequia has resisted major development. Snuggled between steep emerald mountains, it remains quaint and laid back, with only a few shops and beach restaurants.

Ashore, we climb into the back of a covered pick-up truck, the local form of taxi here. As we snake along dangerously narrow roads, dodging wandering goats, to Old Hegg Turtle Sanctuary, we are caught in a downpour, which keeps things exciting.

The Sanctuary has been working to save hawksbill sea turtles from extinction since 1997 and has released more than 2,000 turtles into the sea. Its current inhabitants range from babies up to the oldest, a 19-year old that cannot be released due to his physical disability.

Beach Time on Union Island
An overnight sail brings us to Chatham Bay on Union Island, where there are a handful of thatched-roof restaurants on a long stretch of white sand beach, flanked by wooded headlands and more steep mountains.

Here we while away the afternoon, sipping rum punch, swimming and snorkelling, and being serenaded by a local calypso group, as the Sea Cloud staff goes to great lengths hauling food and equipment from ship to shore to serve us a beach BBQ lunch. 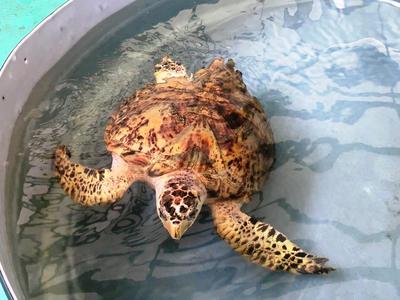 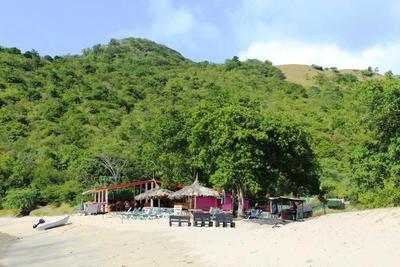 ​Spicy Grenada
Now this is an island that I’ve always wanted to visit. As we dock at the wharf in St. George’s and hop on the tour shuttle bus, our guide Henry, confesses, “My great-grandfather was from Scotland and likely a criminal, as Grenada was once a British penal colony.”

We wind our way up to the overlook at Fort Frederick, and Henry points out that 95% of the roofs here were destroyed in Hurricane Ivan in 2004 and the green in the valleys is mostly vines, as the forest hasn’t yet recovered.

Our final stop is a local spice garden, and Hazel Anne leads us along paths made of nutmeg shells, through groves of aromatic flora like Seville orange, tamarind trees and sarsaparilla bushes, inviting us to touch curiosities like the prickly sauersop fruit.  She cuts a nutmeg in half to show us the seed (which is where nutmeg spice comes from) and the red surrounding mace, the island’s major exports.

The next two days are “at sea”, and we sail with no engines. At first I feel a bit panicky, but eventually relax into the thought there’s nowhere to go and speed-read through two novels while lying in the sun on the lido deck.  Without land as a point of reference, it’s become hard to tell if we are moving or just swaying. 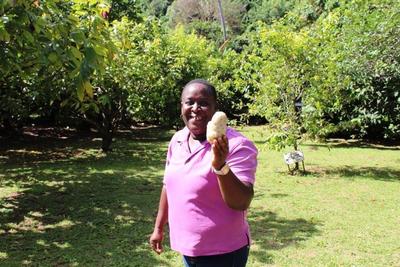 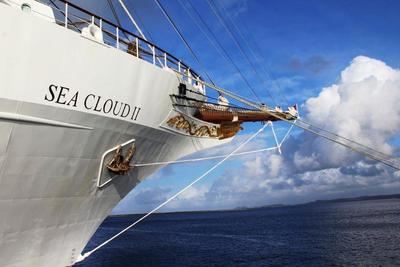 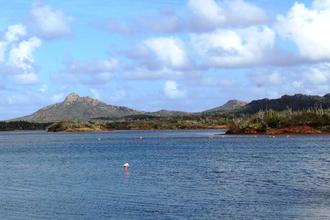 ​Salty Bonaire
We reach Bonaire, located less than 100 kilometres off the north coast of Venezuela.  Bonaire is unique in that it has an arid climate, with lots of cacti, mangrove forests and salt ponds which are mined for salt.  The island was part of the Netherland Antilles, and is still a special municipality of the Netherlands.

The brackish lagoons are important breeding grounds for about 5,000 flamingoes which build their nests in the mud flats and eat the copious amounts of crabs and prawns there, hence their pinkish colour.  With an abundance of vibrant coral reefs, the entire coastline is a marine sanctuary and is famous for its snorkelling and diving. 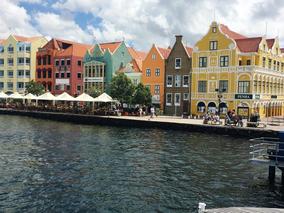 Colonial Curacao
The final day we sail into Willemstad, Curacao, another autonomous Netherlands municipality, and our port of disembarkation. The iconic Dutch colonial architecture with its uniquely Caribbean pastel shades, and the 17 and 18 century remains of fortifications have given Willemstad UNESCO protected status.

When I pick up my luggage at the bottom of the accommodation ladder, I feel some relief at having both feet firmly back on terra firma.  But I also realize I’m going to miss waking up to crystal blue waters and dolphins frolicking in our wake, feeling the trade winds blowing on my face as I stroll the lovely hardwood decks and watch the sunset, the nightly turn down service and a small gift on my pillow, and being rocked to sleep by the gentle sway of the ship.