Eish, these towns are panty droppers
By Ilse Zietsman  Ilse is a freelance journalist, photographer and language specialist who lives in the winelands of South Africa. She is passionate about traveling and food and has traveled to 44 countries all over the world. Her favourite destination is Morocco but she also has a special affinity for Eastern Europe including the Baltics. She is not happy unless there is a plane ticket in her safe at home.

Some small towns in South Africa might have English-sounding names but at heart they are Afrikaans in many ways. People are hospitable and friendly; everyone loves gathering around a table groaning under copious amounts of food coupled with excellent wine; and a lot of time is spent outdoors.

Whether Afrikaans or English, people seem to be saying eish whenever they are having a good time. The word was first transliterated from Xhosa and is used to express amazement or disbelief, or merely to indicate that it’s lekker (nice or enjoyable) right here and right now.

Franschhoek, Stellenbosch and Paarl are the first ports of call for wine aficionados visiting the Western Cape but towns like Robertson and Montagu are not to be overlooked as they offer a tranquil town experience where it feels as if you get to know and appreciate the lifestyle of the townsfolk.
Wandering through either Robertson or Montagu you will find wide streets – wide enough so that an ox wagon could make a U-turn, some say – and leafy freestanding plots with spacious homes. In Robertson many people have an abundance of roses in their gardens; in Montagu many cottages feature broekielace.

Let me explain. Broekie is the Afrikaans word for panty. Supposedly a frilly one. Broekielace is the local term for the ornate ironwork that often adorns Victorian buildings.

A leaflet from Montagu Tourism Association guides you on a historical walk of the town whilst pointing out – amid other things – broekielace embellishments, fanlights and gables. The walk starts at 24 Bath Street where the tourism office is situated.
On the stoep (front patio) of Mimosa Lodge the curlicued railing hints at the broekielace so quintessential of Montagu. The building initially served as a farm house but in years gone by it was also used as a school boarding house, old age home and brothel.

The service at Mimosa Lodge is attentive; the restaurant serves top-notch food and their own boutique crafted wines; and the garden – with twelve exquisite garden suites including a honeymoon suite – is probably their best-kept secret.

A recent overnight stay had me asking myself why it has taken me so long to discover this gem of a country hotel although I’d been to Montagu so often over the past two decades. 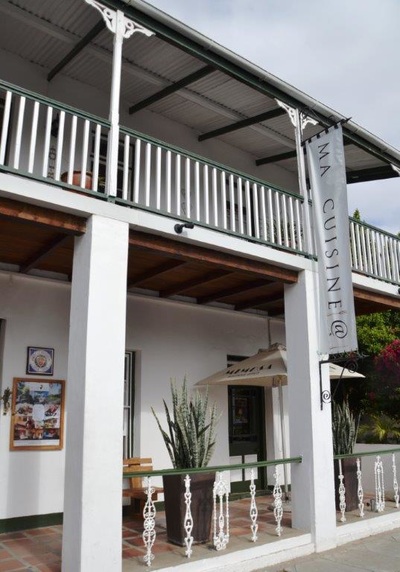 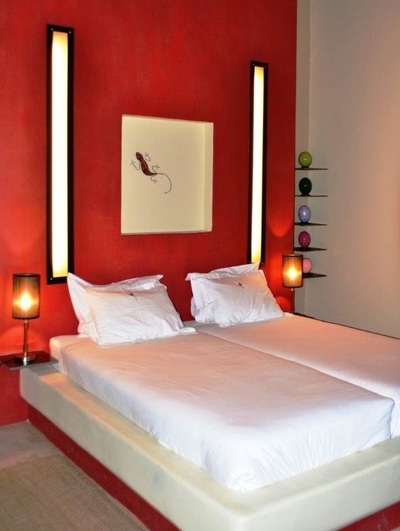 The Robertson Small Hotel is just that – small, boutiquey, chic and it has its own signature restaurant as well as a Wellness Room that offers skincare and body treatments.

Before you embark on the following two activities line your stomach at Rambling Rose in Montagu. A horse cart at the entrance might hint at times gone by but inside – once you have walked through a cluttered shop – you will find a tranquil patio setting with an innovative menu and a wishing well in the garden. Keep in mind that your wish is not to be told to a soul otherwise the universe will not grant it. 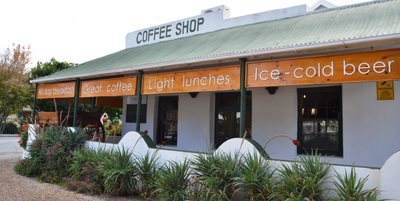 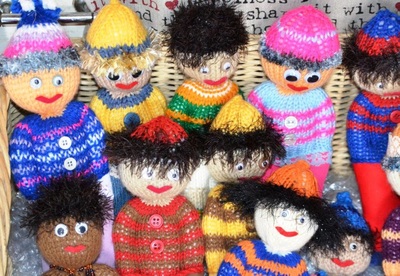 Even non-brandy drinkers are familiar with their ads due to its clever word play. Thus Klipdrift has become “The nation’s nerve tonic” and people are cautioned to “Keep calm and have a Klipdrift”. They’ve also had a series of advertisements where a brandy bottle featured to illustrate rugby terms. During Gay Pride Week a quirky ad surfaced that featured a pinkish red brandy cocktail; it proclaimed: “It doesn’t always have to be straight.”
And it doesn’t always have to be with Coke either - a popular mix amongst farmers and policemen around here.

The savoury Klipdrift Brandy tasting – as well as the informative and entertaining cellar tour - is highly recommended. Mini-sausages from South Africa (called boerewors), Argentina, France and Sicily – each with its own dipping sauce – are paired with brandies in different styles. 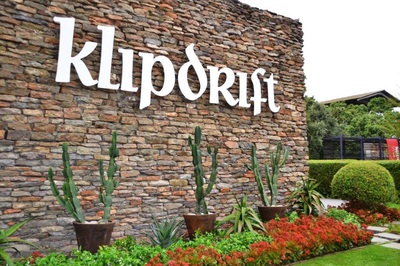 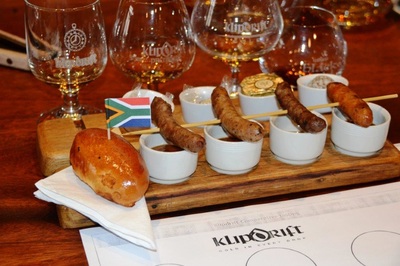 You’re not seeing double when you ‘make yourself at home’ (their slogan) for one last cognac-style brandy in the bar with the hands of its clocks all stuck at two minutes past eight. The time commemorates the distilling of that first drop of Klipdrift brandy.

Robertson is a valley of wine and wine festivals; the valley has more than 50 award-winning wineries. In the Cape winter season they have a Wacky Wine Weekend and a Robertson Slow Festival (Slowly made...slowly enjoyed); when the rain abates towards October they have a Wine on the (Breede) River Festival.

It takes about 2 hours 10 minutes to drive from Cape Town to Robertson. It’s another 20 minutes from Robertson to Montagu.

For more about South Africa, see Africa's Highest Pub and Cape Town and De Hoop
Back to Features homepage