History, mystery and mosaics in Cyprus
By Marion Ainge. An experienced journalist, Marion is always excited to share the colours, culture and tastes of every travel adventure with readers. A former newspaper women's editor/columnist/food critic, she now has four young grandchildren and finds freelance opportunities fit her lifestyle and satisfy her passion for travel. She lives in the north west of England, writes for regional newspapers/travel websites, is an EFL teacher and studies French. ​ 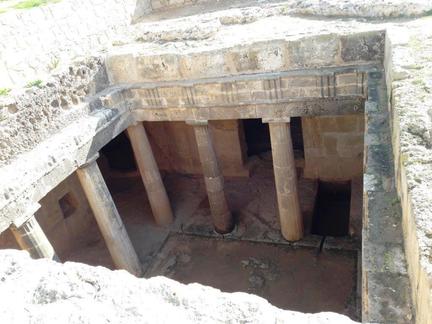 For after climbing down into one of the burial chambers at the Tombs of the Kings' site in Paphos, I suddenly shivered and scurried up the steps to escape before the opening at the top closed, for ever, leaving me trapped, for eternity.

Within this UNESCO World Heritage Site, these burial grounds were constructed for high ranking officials and the aristocracy up to the third century AD. Carved from rock, some with an atrium, Doric columns and a bed, they emulate a house for the living. It's a mystery that no treasures were ever found here. They were probably stolen by grave robbers.

If you want to look 10 years younger, it might be an idea to visit Aphrodite's birthplace. For here, at Petra tou Romiou, legend has it that if you swim round the rock three times, the goddess of love and beauty will grant you this wish. I was sorely tempted until I realised the task must be completed at midnight, when there is a full moon.....naked. 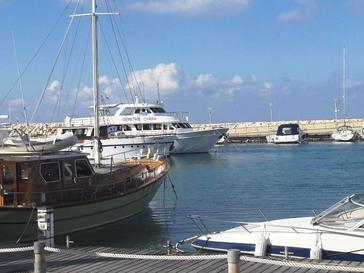 Putting vanity aside, you can turn back the years by exploring the culture and history of the western side of this beautiful island. The old Mediterranean port of Paphos, European Capital of Culture 017, dates back to Neolithic times. Every year, Paphos Aphrodite Festival stages grand operatic performances in front of the old fort.
​
It was out of peak season, early morning and quiet when I walked along the promenade to the harbour. Gulls cried and swooped, for a morsel of the day's catch, and boats bobbed on the sunlit sapphire sea. Just behind the shops and restaurants, in Paphos Archaelogical Park UNESCO World Heritage Centre, a major part of this ancient Greek and Roman city is still under excavation. The House of Dionysus, one of four large, restored Roman villas, showcases the well-preserved, hand-crafted mosaic floors, among the world's finest, depicting mythological and hunting scenes.
In 1159, monk Neophytos, excavated a hillside cave to form a cell, chapel and tomb for himself. Nothing like being prepared. Over the years, the St Neophytos monastery, which features richly-hued frescoes and wall paintings, was expanded.

In tiny villages, donkeys carry paniers of vegetables, grapes and cereal, old men with weathered faces sit at wooden tables outside the coffee house and aged grandmothers, or ya yas, are clad in black from head to foot.

At her house in Letymbou, Sophia showed us how to make bread, halloumi cheese and kolokoti, vegetable pies. Overseeing my efforts, she laughed as I pummelled and kneaded, and re-did it afterwards. In an outdoor open oven, bread is baked by husband, Andreas, then sold to neighbours. 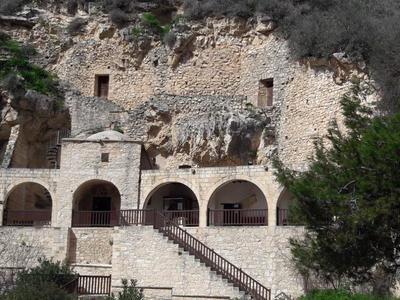 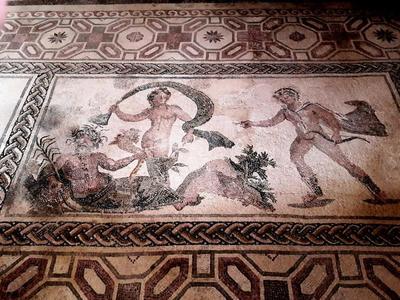 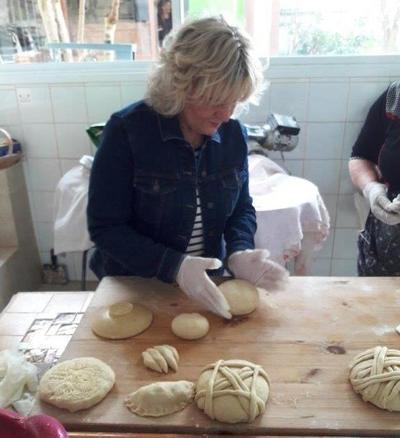 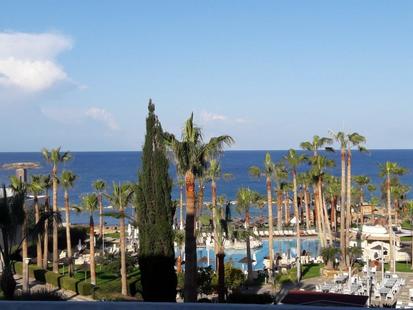 Some parents still provide a  dowry house for each daughter on their marriage. Our driver, Lena, had bought and rented out houses for both daughters, hoping her two sons would choose a bride with her own property.

Following the agrotourism trend, some villagers have vacated their traditionally-furnished family house, to install a swimming pool, plus a couple of one-bed garden apartments to offer an off-the-beaten track tourist experience.
Years ago, when my parents moved to Cyprus, my dad bought some plastic casks of rough village wine. The cost was for nothing and it tasted cheap, too. Today, many acclaimed Cypriot wines have attracted admiration. At the award-winning Lemona village Tsangerides winery, around 300,000 bottles of wine are produced annually.

Our jeep took us to the Akamas region, north west of Paphos. Passing stunning sea caves, we stopped at Lara Bay, one of the best, most tranquil island beaches. In June, on the beach, there are often more nesting green and loggerhead turtles than people.

Unsurprisingly, the unspoilt, picturesque little port of Latchi, nearby, boasts a catch of fish restaurants, including the Port Latchi. At the high-ceilinged, traditional Koutourou Taverna in Kato Paphos we feasted on a meze with honey-baked halloumi, spicy sheftalia (local sausages) chick-pea puree, grilled aubergine and more.

What fun we had at Halamanduro Tavern, Geroskipou. Another great meze, traditional bouzouki musicians, singers and locals who demonstrated their traditional dance skills, far more impressive than our lame attempts.
​
Our base was the recently renovated, four star St George Hotel, Golf and Beach Resort, Chlorakas, 19km from Paphos airport and six kilometres from the town. The hotel has 225 rooms - mine had a lovely, tree-fringed view of the pool and gardens. I'm going back to Cyprus soon. I wonder if I visited her birthplace again, Aphrodite might look kindly on me if I just splashed the water over my face. Apparently, the goddess of love, beauty and eternal youth, showed her face, and much more at the Baths of Aphrodite, where, brazenly, she bathed with Adonis, one of her many lovers.


For more info visit www.visitcyprus.com
​
Back to Features homepage