(c) Norwegian Cruise Lines
​Similar to Breakaway and Getaway, Escape continues the idea of a complete resort at sea with a range of entertainment, activities and dining options to suit all tastes. We had just a brief sailing on the ship but, having experienced two almost identical ships, this was enough to get a good feeling as to what this ship is all about.

Our balcony cabin was one of 1130; accommodation ranges from the exclusive Haven suites, essentially a ship within a ship, to 82 single studios, also in an exclusive part of the ship. Norwegian remains the only cruise line specifically to address the singles market. The exclusive single studios area also contains a two deck high lounge and bar, enabling guests to mingle socially knowing that everyone else there is also a single traveller. It even has a white board so that people can leave messages, for example, to arrange ad hoc groups to explore ports of call.

Our cabin felt narrow although there was ample storage space. There was even a single-cup coffee maker, supplies of milk and sugar, but no coffee! Where Norwegian excels is its bathrooms. It was well lit, had a wide wash basin accommodating two taps, and a large glass shower cubicle. The shower itself was among the best I have seen with not only an adjustable overhead unit but three pairs of jets down the side which could be operated separately, enabling guests to shower with no risk of wet hair. 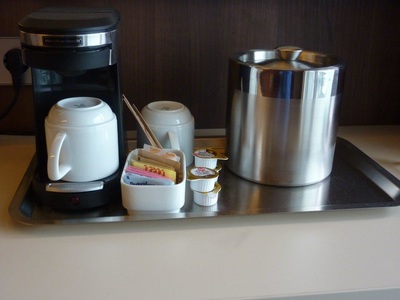 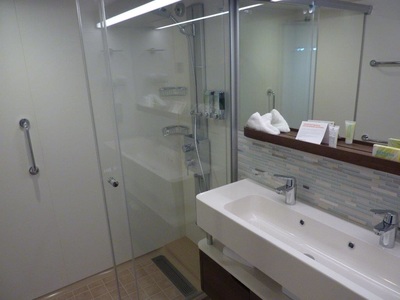 ​Public areas in the covered decks are limited primarily those around the atrium. Even the open decks do not offer a great deal of room as much of the space is taken up by large water slides and a three-deck-high ropes course. The open decks may well become crowded on sea days. 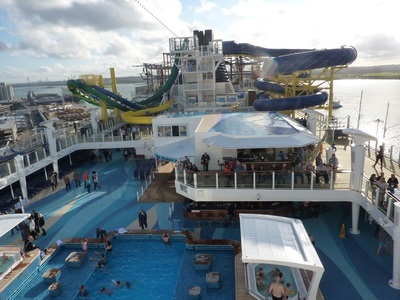 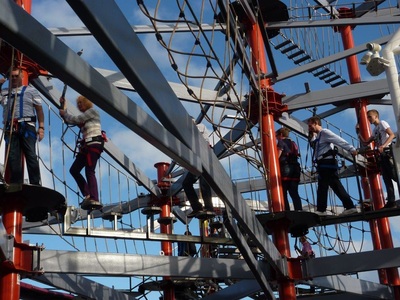 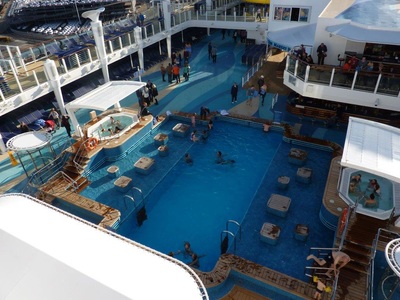 ​Norwegian operates a freedom dining arrangement, there are no fixed dining times, no formal nights and shorts are allowed in all but two of the dining areas. You can eat free in the buffet, Manhattan Room, offering dancing and live music, O’Sheehan’s Bar, Savor and Taste, these last two being akin to other ships’ main dining rooms. There are nine other places to eat but at extra cost. Two have cover charges, Moderno at $24.95 and Teppanyaki at $29.95 (to which 18% service charge is added) and the other seven are a la carte.

Many of the restaurants open onto a boardwalk so diners have the option to eat inside or outside, an ideal set-up bearing in mind this ship is designed for Caribbean itineraries. 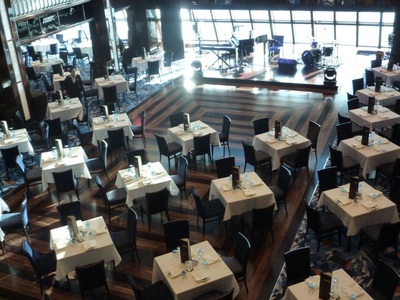 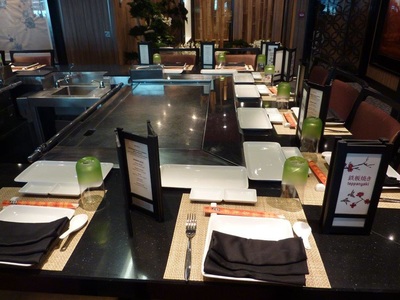 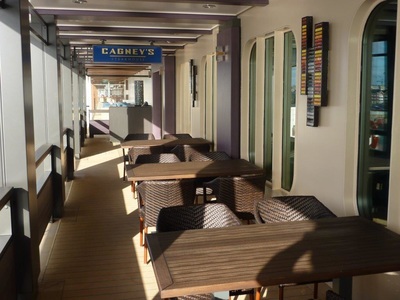 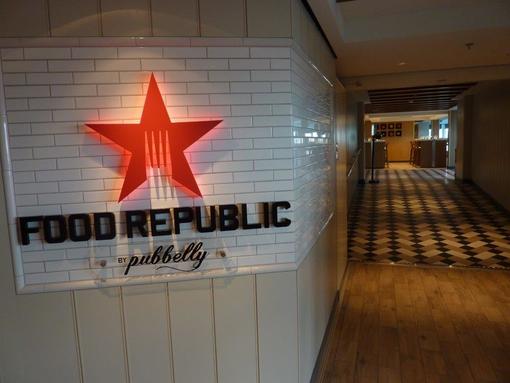 ​We ate in Food Republic, a restaurant by the American Pubbelly group (not to be confused with a food distribution company in London), an a la carte restaurant offering dishes from Asia, Central Europe and the Mediterranean. We were seated on bar stools with backs, at tall tables holding six people. The idea is to order a number of dishes which you then share. Guests order using iPads on the table then swipe their card to pay. The restaurant is probably more suited to family groups, than the mostly single guests we were with, and I’m not sure asking guests to get to grips with the restaurant’s technology is what one would expect when paying extra to eat in a speciality restaurant. The food, however was unusual with some great flavours.

​This restaurant seemed to be part of a trend on Escape where certain elements are franchised out to companies that are perhaps better known in the US.

The ship’s design seemed to be focused on functionality and we did not notice any works of art. It was in obvious contrast to the eye-catching Anthem of the Seas which we had experienced a few months earlier.

The 18% service charge is now standard on Norwegian ships and they have also increased their gratuity charge to $13.50 per passenger per day. However, this charge is not compulsory and I suspect that increasing numbers of British guests may choose not to have this added to their on-board account.

Children are well catered for with Entourage, a teens-only lounge, and the Splash Academy for younger kids. There is also a nursery, a first for Norwegian, offering childcare for kids aged six months to three years and including an open play area for parents and babies.

Disabled passengers are also looked after. There are 46 wheelchair accessible staterooms, including two suites, four mini-suites, 16 Balconies, eight Ocean Views and 16 Insides. All feature collapsible shower benches mounted on the shower walls, toilets have collapsible arm guards and there are lowered ADA height wash basins. Amenities in the staterooms include vibrating alarm clock, door beacon (light flashes when someone knocks on the door), television with closed caption decoders and fire alarm (flashing light).  Each stateroom has permanently lit emergency lights in its living area and bathroom. Braille text is available in all staterooms and elevators. Hearing-impaired kits are available to guests by request.

​Norwegian also places great store by its entertainment. There is, of course, a main theatre as well as old favourites, Headliners Comedy Club and Howl at the Moon. There are numerous themed bars and lounges and a casino which combine to create a comprehensive range of options for evening entertainment. 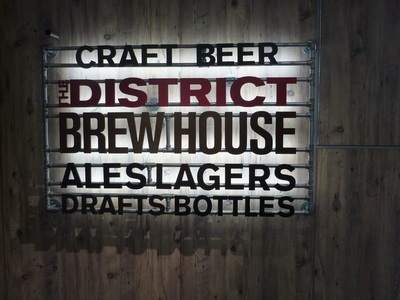 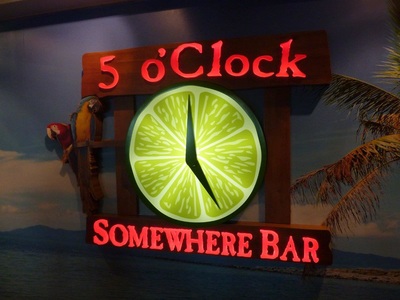 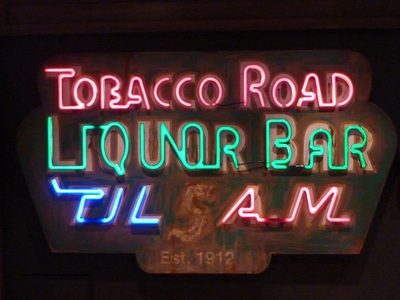 Escape certainly offers an enormous range of accommodation, entertainment and guest facilities, but you can't help wondering if it is trying too hard too be all things to all people and in the process has lost some of its identity that is more obvious on other Norwegian ships we have experienced. However, Norwegian knows its market well and this ship will no doubt appeal to its US clients.

For more information on Escape and all other Norwegian ships, go to www.ncl.com
​
Back to Features homepage