Has NCL accidentally stumbled across a new form of holiday? A recent trip on their latest ship Epic left this passenger wondering.
By Mike Pickup, Mike writes about travel for numerous newspapers and magazines, both consumer and trade, and has over a hundred features published each year. He is also the Editor of Holiday Magazine and a professionally trained photographer. For more information click here 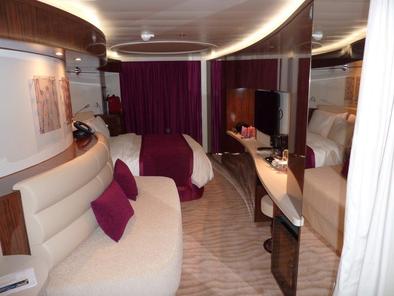 ‘Spoiled for choice’ may be the best way to sum up NCL’s latest ship Epic. Whether it’s eateries, entertainment, accommodation or innovative features, Epic offers passengers a wide and sometimes unusual set of choices.

Let’s start with the accommodation.

We had a balcony cabin and perhaps NCL has made an uncharacteristic error in the design of cabins like this. On entering, there are two sliding frosted class screens, one either side of the entrance-way. Behind one was a small bath and shower, behind the other, the loo. This arrangement does not give the feeling of privacy, despite a curtain which can section off this area of the cabin. Worse still, the washbasin is in the cabin itself, particularly inappropriate for guys who wet shave.

The accommodation does have the largest amount of storage space we have seen in similar cabins but the ‘wave’ design means that the bed is a bit on the short side for anyone six feet or over. 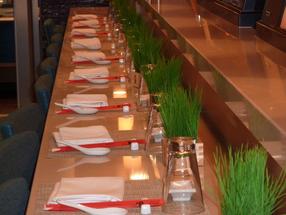 NCL’s main claim to fame is the freestyle cruise, meaning that you can eat when and where you want, and there are twenty eateries on board. However, only eleven of them are included in the basic cost. Whilst it is usual to pay extra for speciality restaurants serving top-of-the-range food, I’m not convinced that charging extra to eat in a Chinese or Italian restaurant, the latter serving basic pizzas and pastas, will prove too popular.

However, there is so much to like about this ship. The Spiegel Tent, loosely based on a circus big top, is home to a speciality Nickelodeon breakfast, including Dora the Explorer, Spongebob Squarepants and the rest of the gang, and there are plenty of opportunities for kids and parents to have photos taken with them. The same venue offers a speciality dinner featuring acts from Cirque du Soleil. The teppanyaki restaurant also certainly qualifies as a specialty venue.
Kids are well catered for with kids clubs and water slides; evening entertainment includes a comedy club and various live music venues. Of course there is the usual casino and theatre featuring, amongst other acts, the Blue Man Group, and a wide choice of bars, two of which have large screens for watching movies and other events. One of these screens is outdoors, aft on deck 14/15. There is even ten-pin bowling. 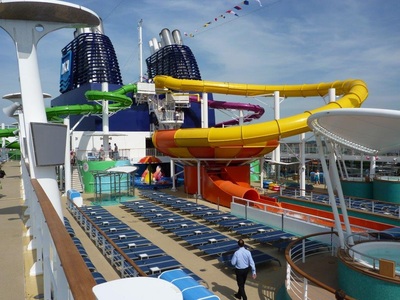 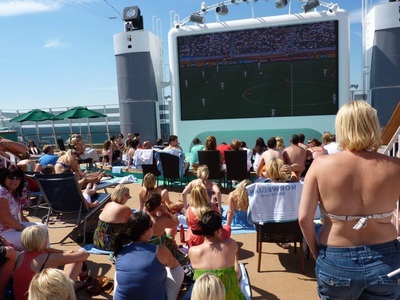 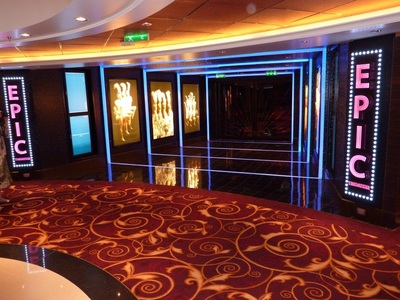 The ship offers the first ice bar at sea, where everything is made of ice. The venue must be booked and the entrance fee includes fur-lined parkas and a couple of drinks; you’ll probably stay around 40 minutes. The Elemis Spa is claimed to be the largest of any ship and the gym includes a squash court.

Epic has probably pushed the concept of a floating resort further than any other ship and perhaps there is a danger that the on-board facilities are so varied that passengers will not want to get off. Maybe one day such ships will be like travelling circuses, they will turn up at a port near you, remain for a week or two while holidaymakers book a stay on board, then sail off, passenger-less, to the next venue. This would not be cruising as we know it but perhaps there is a whole new holiday concept just around the corner.
Back to Features homepage