By Mike Pickup, Mike writes about travel for numerous newspapers and magazines, both consumer and trade, and has over a hundred features published each year. He is also the Editor of Holiday Magazine and a professionally trained photographer. For more information click here ​​
Windsor is best known for its Castle, the oldest and largest occupied castle in the world, and what better place to stay when visiting Windsor than the MacDonald Windsor Hotel.

Situated opposite the famous Guildhall where Charles and Camilla were married, it is a few steps away from the castle entrance and two minutes from the river, and the bridge that links Windsor to Eton.

Windsor existed long before the days of the motor car so parking space is at a premium. However the hotel offers valet parking in the basement and despite the regular need to access our car, the staff could not have been more helpful.

When we were there the hotel was busy with a wedding party and a group of Americans, but check-in was swift and courteous, the receptionists un-ruffled by the group of people in the lobby.

We quickly found our room and what a treasure it was. With windows overlooking the Guildhall, the neighbouring Woods of Windsor perfumery and the castle itself, the view couldn’t have been better. The room was decorated in various calm shades and mirrors gave the room a light and airy feel. Although on the main street, the secondary glazing cut out all disturbance from the traffic. There was a safe and well stocked hospitality tray. The bathroom was immaculate with a large range of quality toiletries and there was free wi-fi throughout the hotel.

We set off to explore Windsor, took a boat ride along the river, passing the Windsor Race Course, and on the return had one of the best views of the castle. We then walked over the bridge into famous Eton, a delightful village and home to the school of the same name. There is just so much to see in Windsor, including a top class theatre where major stars make regular appearances. On our visit the theatre was staging Agatha Christie’s “Murder on Air” starring Tom Conti and Jenny Seagrove. For younger guests, Windsor is also close to Legoland. 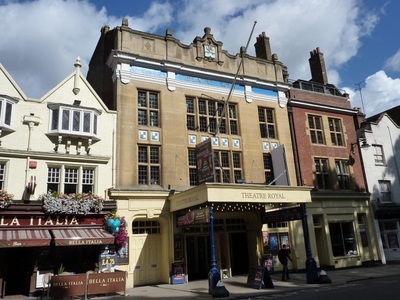 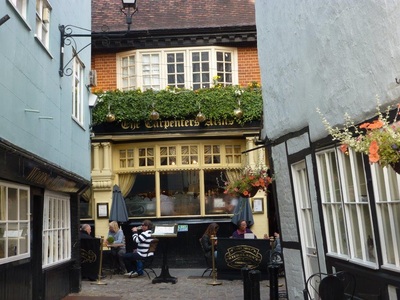 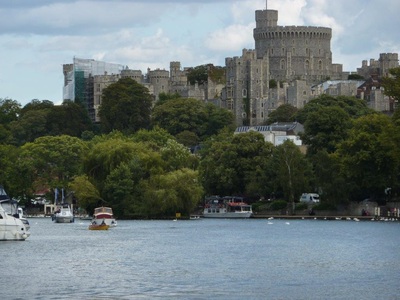 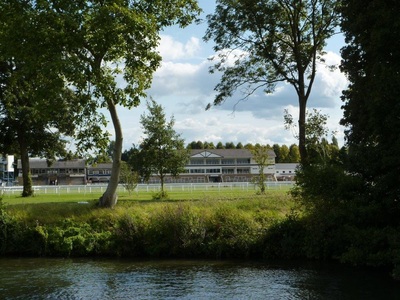 It was soon time for dinner and Caley’s restaurant welcomed us. Featuring the Scottish Steak Club, the restaurant was decorated in muted and restful tones and, despite hosting the group from America, service was smooth, efficient and relaxed. Gilly, the missus, is a vegetarian so we sampled both the steak and vegetarian options. The food was excellent, as was the wide choice of wines by the glass or bottle.

After all that exploring and lovely food, our large and comfortable bed welcomed us for a good night’s sleep. Breakfast the following morning, in the same dining room, was just as good as dinner the night before, with a buffet of cold items and hot food cooked to order. The hotel offers the usual English breakfast and also a vegetarian version which was pronounced excellent. My Eggs Benedict was one of the best.

We left Windsor just after lunch having enjoyed our brief visit. We certainly could have stayed longer as there is just so much to see and do.

If you don’t want to drive there are regular Green Line and National Express bus services as well as regular bus services from London Heathrow airport.

For more information on the Macdonald Windsor Hotel, call 01753 483100 or go to www.macdonaldhotels.co.uk/our-hotels/macdonald-windsor-hotel

Back to Accommodations homepage