Ukraine's emerging tourist mecca is captivating and welcoming
By Edward Placidi. Edward is a freelance travel writer/photographer who has lived and traveled in 90 countries, including extended overland journeys across Africa, Europe, South America and Asia.  He has penned articles for dozens of newspapers, magazines and websites.  When not travelling he is whipping up delicious dishes inspired by his Tuscan grandmother who taught him to cook. A passionate Italophile and supporter of the Azzurri (Italian national soccer team), he lives in Los Angeles with his wife Marian.
​Prague and Krakow have exploded in popularity in recent years, joining the ranks of Europe’s most visited cities and becoming the giants of Eastern European tourism. But there is another option in the region, another cultural capital, a destination that is captivating, exciting and, so far, not yet overwhelmed by shoulder-to-shoulder tourist hordes.

We spent the weekend in Lviv, Ukraine, and the scene in the cobbled old town was vibrant. Couples were dancing in the squares. An irresistible aroma wafted from the tents of the 11th annual Coffee Festival. Blind, begging babushkas were vying for handouts with scores of street performers – saxophonists, guitarists, multi-piece bands and more – ensconced on nearly every corner. A throng of promenaders snaked through the heart of the old city, fashionably dressed in torn jeans, spiked heels and leather jackets. Rock music echoed late into the night from free concerts. 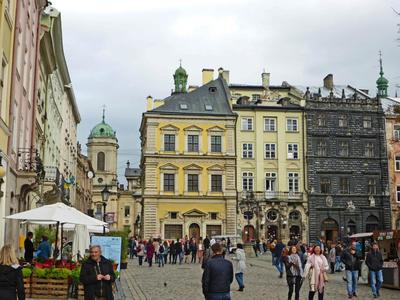 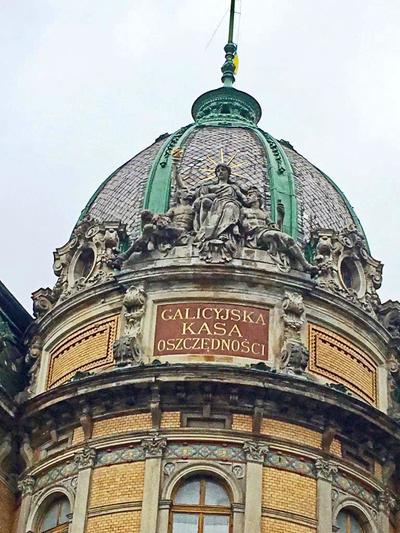 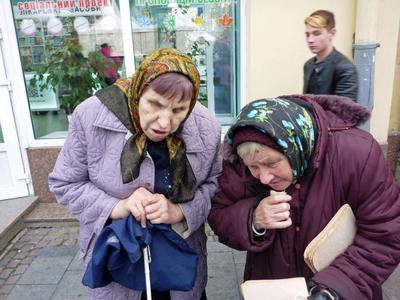 ​We had traveled to Lviv on a comfortable, clean, modern Ukrainian train from the Polish border – then we arrived in the past. It seemed we had slipped back in time to the seedy and chaotic Soviet days. Lviv train station was a surge of confusion, charging people and melancholy. Time-worn, faded black-and-white posters hung on walls; shabby salons were filled with kiosks selling cigarettes and candy, food stands and a sea of tired, haggard travelers; while surly officials barked at us when we went the wrong way in search of a place to change money. Finding someone who spoke English seemed an impossible task until we asked a young guy outside on the station’s front steps, who directed us to a small, nondescript change window on the side of a building 50 yards away catty-corner to the station.

Not knowing a word of Ukrainian or Russian proved not to be a problem when it came to getting a cab to our hotel. The taxi driver peeled off a 100 hryvnia bill from his wad to show us how much he wanted – less than US$4 for what was a 20-25 minute drive through dense rush-hour traffic. Yes, under $4: prices in Lviv were also a step back in time.

The train station may have been a throwback, but the city is marching into the future with high energy and vivacity. There’s so much life on Lviv’s streets, from artists painting portraits and mimes to the many outdoor markets where chickens are plucked and Lvivians buy their vegetables, wild mushrooms from the local forests and favorite snack:  slabs of pig fat that they spread on bread. 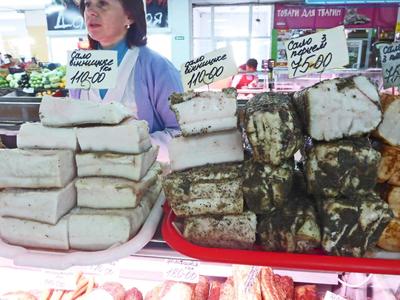 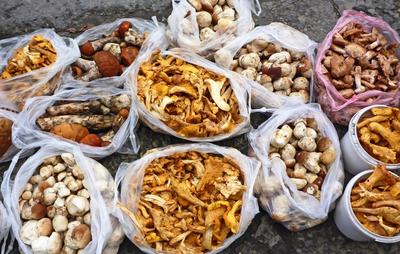 ​With the explosion of tourism to the region in the 21st century, Lviv is getting noticed but remains overshadowed by magnificent Prague and elegant Krakow. That might not last for long. The architectural beauty of old Prague is unsurpassed, but the massive number of visitors clogging every artery and alley – speaking languages from around the world – dilutes the magic. Krakow’s historic old town has been restored to perfection –  to the point that at times it seems to be more of an amusement park than a real city – bringing a flood of visitors that significantly outnumbers the local residents.

Like Prague and Krakow, Lviv also boasts a stunning historic center – that was named an UNESCO World Heritage Site in 1998 – with  graceful buildings and a skyline of spires, towers and domes. Yes, there are plenty of tourists around, but nothing compared to its Czech and Polish counterparts; Lviv remains a very welcoming, convivial and easy place to travel.

While the European soccer championship held in the Ukraine and Poland in 2012 introduced Lviv to many travelers, the troubles that followed in Ukraine – the Russian taking of Crimea and the separatist conflict in the east – have deterred many from crossing the border into the second largest country in Europe. But those who take the plunge are richly rewarded.

The center of Lviv is architecturally majestic, with a number of the older churches and buildings dating back to the 13th century.  While they are mostly in good condition, the flaws of time give character, authenticity and depth to the many cathedrals, palaces, ancient city walls, an ornate opera house and array of towers, spires, gables and facades adorned with statuary and relief work. Walking the stone streets brings a surprise every moment, from a pair of spirited horse heads above a door to a statue of a mounted Marco Polo on the facade of a 600-year-old patrician house that once belonged to an Italian merchant. 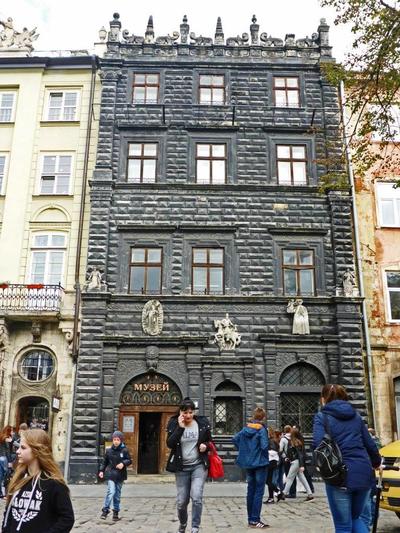 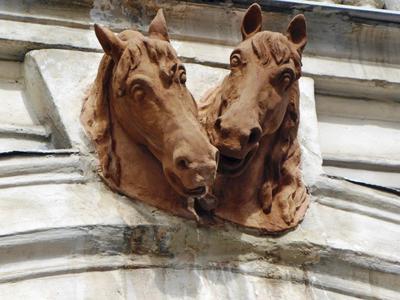 ​With more than 100 churches and cathedrals dotting central Lviv, the Ukrainian and Russian Orthodox houses of worship – with their gilded interiors, golden icons and chapels illuminated by numerous candles – are dominant architectural features of the city.  As throughout the country, Lvivians are very devout, the churches brimming with worshippers and the scent of frankincense spills out into the streets. Among the highlights are the Gothic and ornate Latin Cathedral and the Dominican Cathedral with its large signature Rococo dome.

The Coffee Festival was an indulgent diversion with rich coffees from all over the world – the grinding producing a heavenly robust aroma – and an endless selection of sinful desserts, from sticky, glazed candy apples rolled in candies, chocolate and nuts, to éclairs of every flavor and color, to fat poppy seed cakes smothered in vanilla sauce. 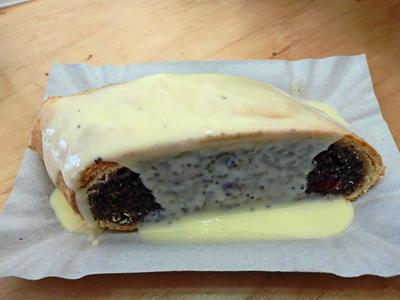 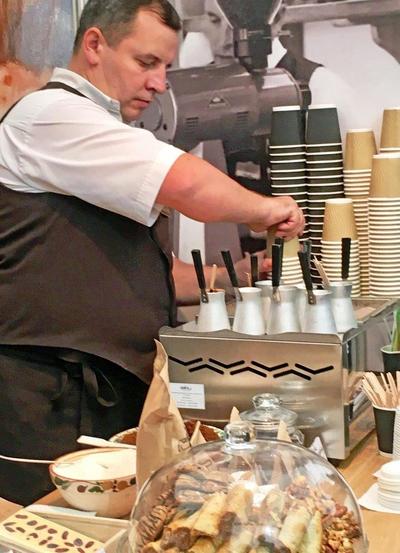 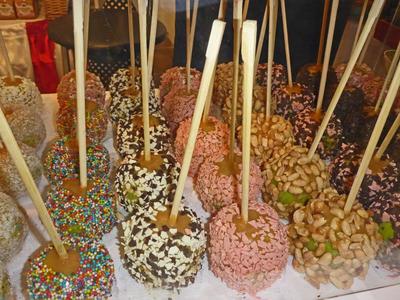 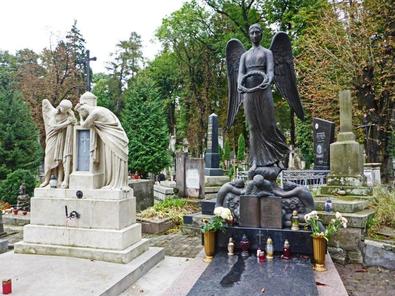 A small tent city in the center is an art market offering the works of local artists, mostly oils and acrylics on canvas. We bought a  modern, minimalist piece by a Lviv painter named David Alakherdian; the art dealer’s sales pitch, which she repeated over and over, was that it was an “originaaaaal” –   it was the only English word she knew, which she pronounced by excessively exaggerating the last syllable.

Lviv’s mysterious cemetery is a Ukrainian counterpoint to famous Pére-Lachaise. While the celebrated Parisian necropolis is filled with internationally known celebrities from Jim Morrison to Oscar Wilde, Lychakivske Cemetery is the final resting place of Ukrainian athletes, poets and opera stars who are mostly unknown outside their country. But Lychakivske is no less intriguing with a fascinating array of ornate tombstones from as far back as the 1700s overgrown with moss and adorned with whimsical and lavish statuary, floral tributes and emotional photos of loved ones.

Culinary standards are among the highest in Eastern Europe in Lviv, and among the top restaurants is Medivnia. The food is delicious, but if you’re a honey lover you’ll find it irresistible. One of the oldest here with a honeycomb-themed decor, the restaurant has been serving honey-themed foods and drinks for more than 50 years. Using honey produced by the beekeeper owner, Medivnia prepares such dishes as honey pork ribs and lean, grilled honey-glazed sausages. But the piece de resistance is the medovukha: a spiced honey mead, served hot and frothy with a slice of lemon and a sprig of rosemary. The lip-smacking libation of fermented honey and herbs is based on a local recipe dating from the 18th century.  Among the very gracious staff was one waitress with some basic English knowledge who, like so many Lviviians, was sweetly accommodating but uncomfortably nervous as she struggled to communicate. Another delectable eatery in the old center is Mons Pius, set in an old bank building with a picturesque, tree-shaded courtyard – don’t miss the excellent grilled local trout and regional cheeses plate. 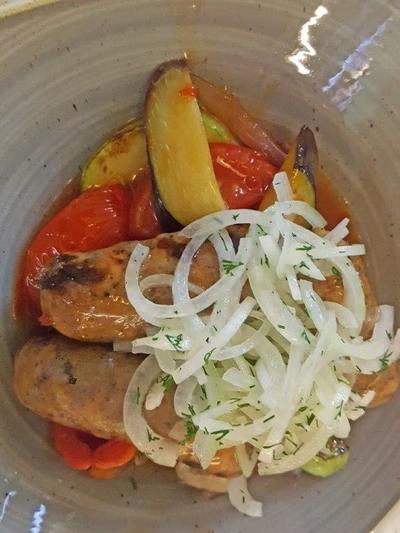 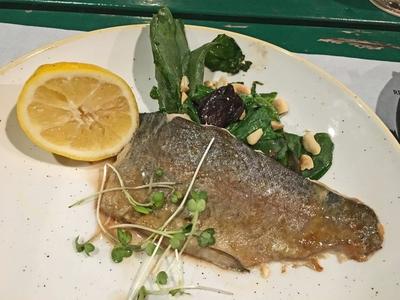 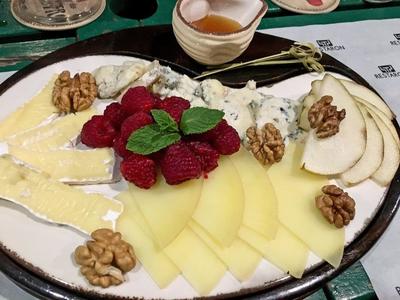 ​Lviv is a fast-emerging tourist mecca, and the time to visit is now before its many charms and delights are fully discovered and tour buses begin arriving in obscene numbers.

For more information go to http://inlviv.info and you can download a pocket guide at www.inyourpocket.com/lviv