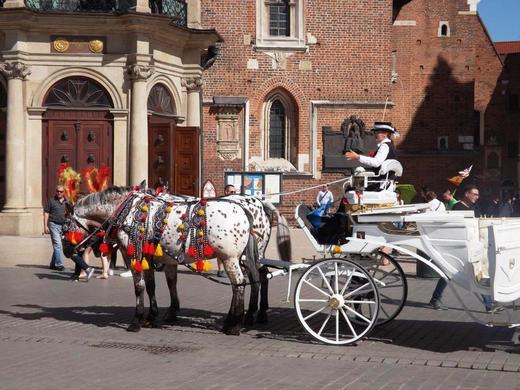 ​When picking a destination for a city break, Poland has never been at the top of our list, but when neighbours suggested Krakow, we thought ‘Why not?” And I’m very glad we went.

Krakow is becoming a popular destination and, thanks to the Polish people who come here to Britain to work, there are plenty of cheap flights to get there. On the recommendation of our neighbours, we booked a hotel in the Old Town which was about 15 minute walk from the market square – the tourist heart of the city. The hotel arranged a pick up at the airport for the two of us for just £20, so that reduced the hassle. As a guide to price, we had 3 nights at a very comfortable 3 star hotel for just over £200, including breakfast.

This is an old city and you can feel its age as you walk through it. Parts date back to the end of the first millennium and it was the royal, religious and intellectual heart of Poland long before Warsaw became the capital. This is definitely a destination for history lovers.

The city centre is surrounded by 4 km of parkland that follows the line of the old city wall, starting and finishing at the castle. Within this boundary a lot of the streets are pedestrianised. This is where you will find the market square and Cloth Hall, which is surrounded by cafes and restaurants. The square is also the place to pick up a horse drawn carriage ride – we didn’t, but plenty of people did 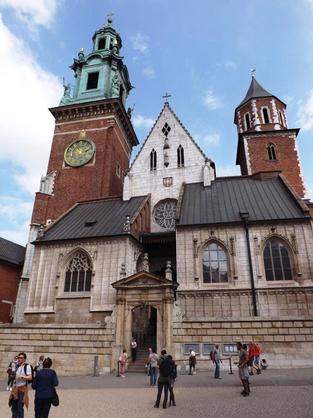 ​Unusually for tourist destinations the food is reasonably priced. You can get everything from a simple burger to fine cuisine and, of course, many of the restaurants serve traditional Polish food. Our most expensive meal was less than £40 including drinks.

The best way to get around Krakow is on the trams, which are fast, frequent and run late into the night. Several pass near to the castle and cathedral complex, which were high on our itinerary. There are coin operated ticket machines on board, but you can buy tickets using notes or credit cards at many of the major stops. A single journey costs less than £1.

The castle was the seat of government for Poland until the 16th century. Many of the rooms have been preserved with some beautiful tapestries and renaissance art on view. Alongside it is the cathedral, which was the religious centre for Poland and the place where Pope John Paul II was Archbishop. The architecture and décor is stunning.

Be warned, entrance to some parts of the castle is by ‘timed ticket’ and you can only go into others as part of a guided tour. Don’t expect to just rock up and start seeing everything. Allow the best part of a day for visiting these two sites. Confusingly, each part of the castle is accessed with a different ticket – you can’t buy just one ticket for everything. They are cheap enough – the most expensive portion is only about £6, but to see everything it will cost you about £25. Reduced prices are available for senior citizens, but take your driver’s licence to prove your age. There is an additional entry fee for the cathedral. For the best view of the city make sure your cathedral ticket includes the bell tower.
Krakow is a young person’s city as well. There are 24 universities accommodating about a quarter of a million students. This gives an old city a very youthful air. It also helps when you are trying to find your way around. The taxi driver who brought us from the airport advised us to speak to a young person if we needed help, as they nearly all speak English.

Evening life centres around the restaurants and bars of the old city, though there are nightclubs for those who want something livlier. There is also the Philharmonic for more serious music. Concerts are mainly at the weekend.

The concentration camps at Auschwitz are situated about 35 miles from Krakow. While this isn’t an entertaining day out, it is a very important journey to make.

The tour guides explain exactly what happened there and show you the evidence. I can assure you, not even the strongest can get out without shedding a tear. Being there provided me with a warning of what can happen if you allow the wrong politicians unfettered power. The numbers are staggering, almost unbelievable, until you realise that it all really did happen. 1.3 million people were sent to the 3 camps at Auschwitz, the vast majority being Jewish and 1.1 million of them died there, most of them within hours of their arrival. This was extermination on an industrial scale. 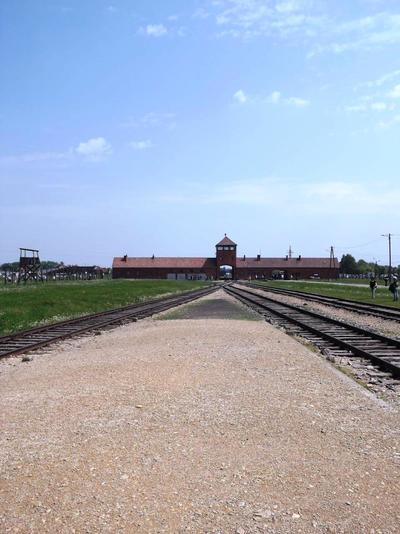 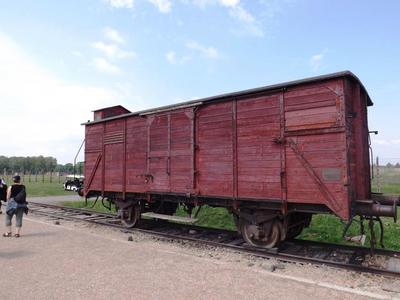 There are a number of tour companies that offer trips for around £35 to £40 per person; allow a full day. If you have a car you can travel independently and do a self-guided tour, but the official guides explain it all so much better.

We spent 3 nights in Krakow and it wasn’t enough. We didn’t have time to visit the Jewish Quarter or Oskar Schindler’s factory, neither did we have time to visit any of the museums and art galleries. There’s no alternative, we’re just going to have to go back again so that we can see the rest. To tell you the truth, we would go back again anyway, it is such a lovely city to visit.

For more information of what to see and do, click the link: https://visitkrakow.com
​
Back to Features homepage