By Mike Pickup, Mike writes about travel for numerous newspapers and magazines, both consumer and trade, and has over a hundred features published each year. He is also the Editor of Holiday Magazine and a professionally trained photographer. For more information click here ​
Click on any image to enlarge it
​We hadn’t flown from London City airport before, so were unprepared for the apparent chaos that greeted us. Too many people were trying to check in to too few desks.

However, we had pre-printed our boarding cards so an efficient member of British Airways ground staff whisked us to the baggage drop and we were soon on our one hour flight to Ronaldsway. Despite the brevity of the flight the sole efficient cabin steward served breakfast to all the passengers. Yes that’s right, breakfast is included in the fare, as were drinks on the evening return flight.

Alan, from ASP Car Hire met us in the terminal. There was no hassle about extra insurance, and as we had already emailed a copy driving licence we were soon heading off in our new MG GS, equipped with all the latest gadgets, to discover this lovely island.

From the airport in the south we headed to the northernmost tip of the island at the Point of Ayre, closer to Scotland than to Douglas, the island’s capital. We explored the open landscape dominated by a solitary lighthouse and, like many parts of the island, it’s popular with walkers and tail-wagging dogs. 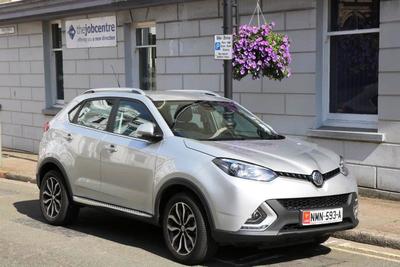 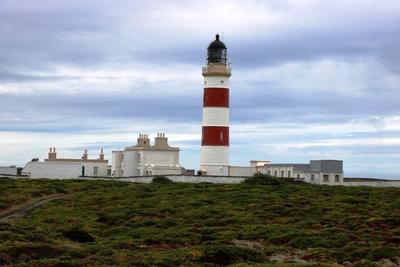 ​Heading back south we arrived at The Curragh Wildlife Park and its unusual collection of animals and birds. A red panda paraded like a catwalk model, ignoring visitors who were trying to photograph him. Lemurs, spider monkeys, otters, raccoons and more played in large enclosures whilst peacocks, maras and others mixed with visitors in open areas. A keeper threw fish, expertly caught in the huge bills of pelicans, while a nearby flock of flamingos used their upturned bills to collect food from the lake.

Later we met John ‘Dog’ Callister, a carpenter by profession and volunteer wildlife guide who took us on a fascinating walk through the woods of the Curragh where we saw one of the many wallabies that, some years ago, escaped from the Wildlife Park and now breed happily in the wild. It was an entrancing two hours spent in the company of a very knowledgeable nature enthusiast. 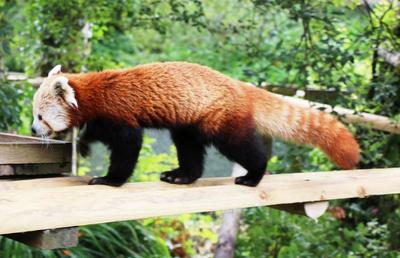 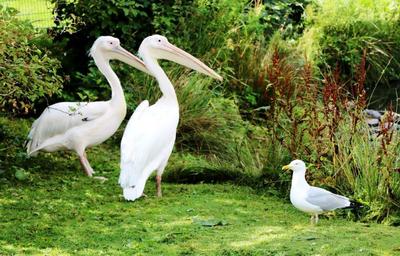 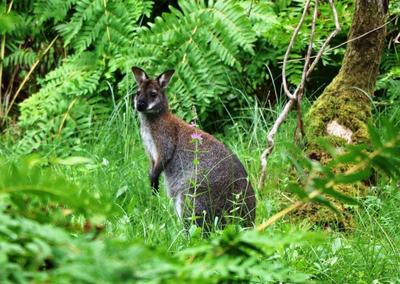 ​That evening we enjoyed a great meal served by the excellent young staff at Jean-Pierre’s Bistro in Ramsey before heading to our hotel in Douglas. Our base was the elegant Regency Hotel with stunning views of the promenade and Douglas’s huge two-mile sweeping bay; we were ready for our comfortable bed.

Next morning we took the lazy option and drove into the centre of Douglas to explore the harbour and the heritage railway station, with hints of Harry Potter. We also visited the Tynwald, the Island’s Parliament, the world’s oldest with over one thousand years of continuous use. 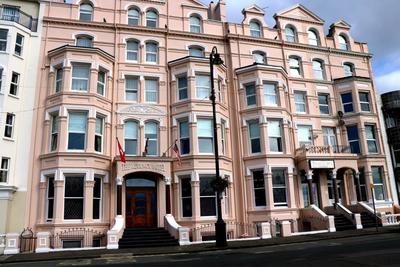 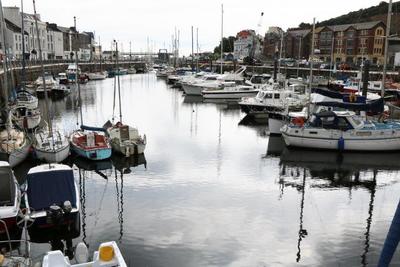 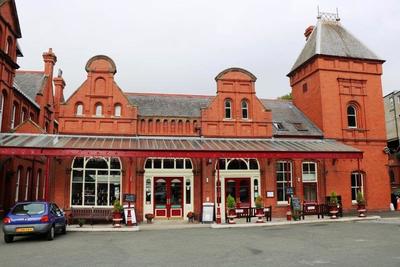 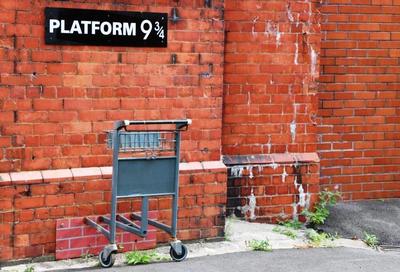 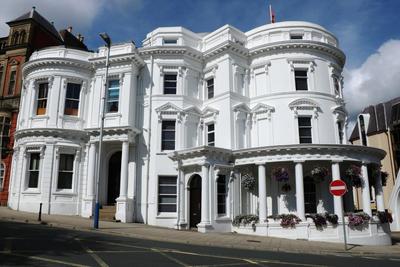 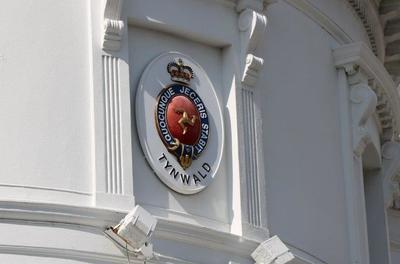 ​Then we headed west to Peel, whose castle dates back to the tenth century; it’s still used for weddings. Peel is also famous for its kippers and the tiny single-seat P50 car which, in 2014, celebrated fifty years of manufacture. 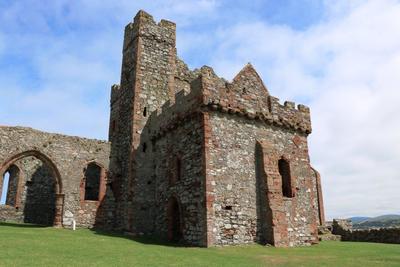 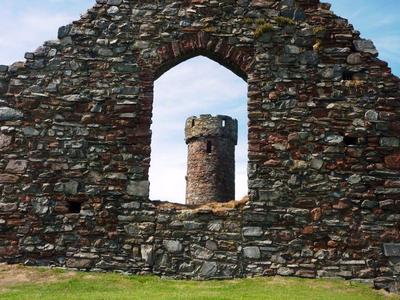 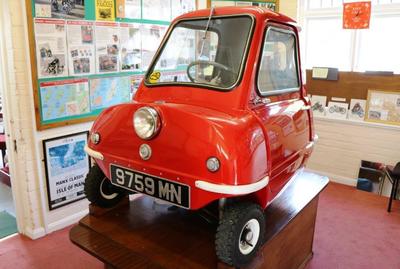 ​Never more than eight miles from the sea, the island has many resorts and visitor attractions, but it’s the varied and unique forms of public transport that stand out from the crowd and make travelling such a pleasure.

At Douglas’s railway station visitors can board the heritage steam train that runs south to bustling Port Erin.  Dating back to 1874 the service still uses the original engines and rolling stock and has starred in a Thomas the Tank Engine movie. 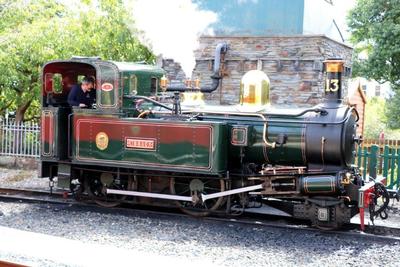 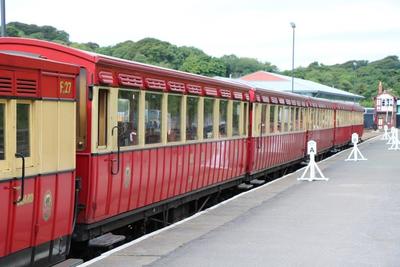 Port Erin’s large, gently curving bay is popular with locals and tourists alike. Nearby Port St Mary has a smaller but equally delightful bay, a peaceful resort to chill out. 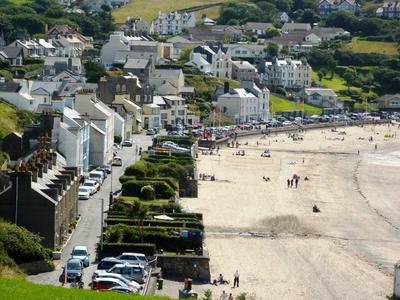 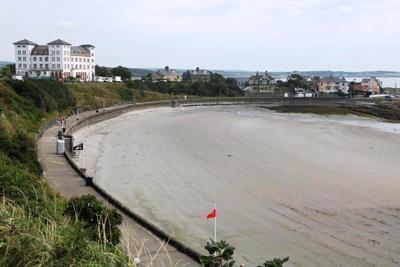 Another popular visitor destination is the old capital of Castletown. It’s castle, small harbour and the Old House of Keys, the former parliament building, are well worth a visit. 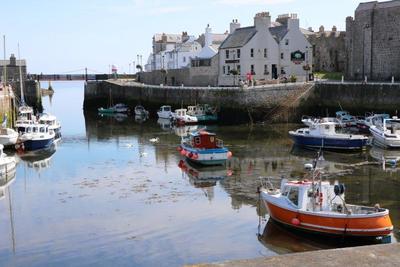 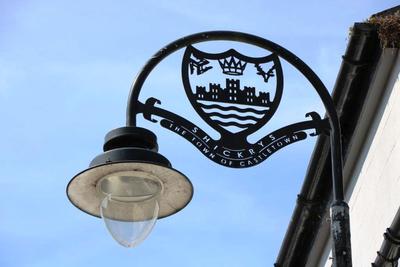 Running north from the capital is the 125-year-old electric railway. The single unit carriages are lovingly maintained and at busy times an additional carriage is added. The line keeps close to the eastern shore and it’s a unique and peaceful way to see parts of the island not accessible by road.

Many of the tiny stations along the way are request stops but there is a major station at Laxey, one of the island’s important tourist destinations. From here a branch line ascends the island’s mountain, Snaefell, to the station at 2036 feet. Take an extra layer of clothing, it can get a bit chilly on the top. The carriage has an electric bell to clear sheep that regularly wander onto the tracks. This is no place for deaf sheep!

Laxey is also famous for having the world’s largest working water wheel. It was built in 1854 to pump water out of the mining complex. An impressive 72ft (22m) in diameter, it was named Lady Isabella after the wife of the island’s then Lieutenant Governor Charles Hope.

Visitors also love Douglas’s horse-drawn trams. The service started in 1876 and runs along the bay’s two mile promenade, linking the electric train terminal to the ferry terminal in the town centre. Pulled by strong Shire-type horses, they clip-clop their way along the road, to the delight of passengers and onlookers alike. 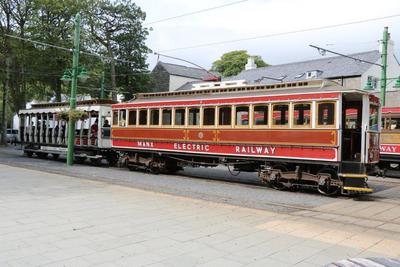 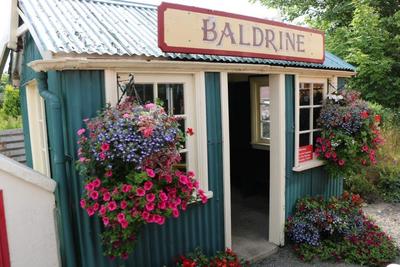 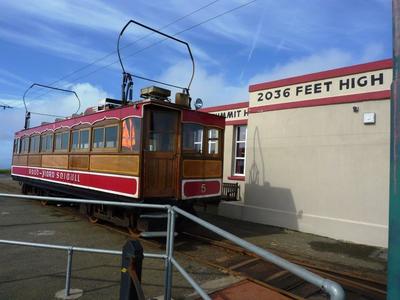 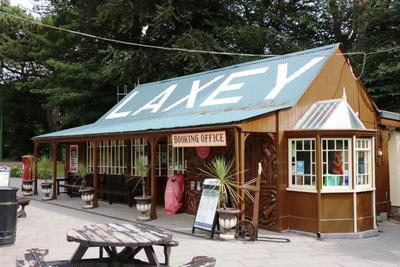 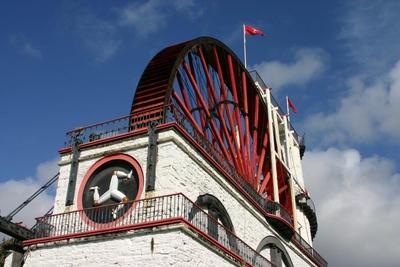 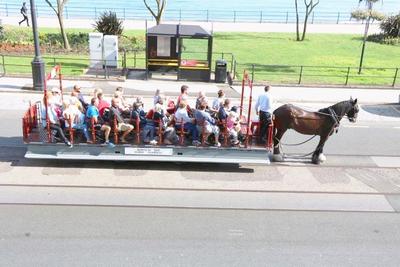 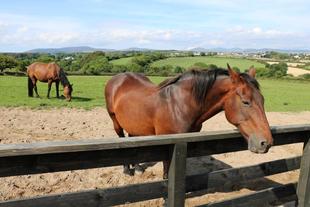 ​These unique and varied modes of transport are a convenient way to see many of the island’s attractions as well as being major attractions in their own right. The convenient ‘Go Explore’ card, valid for one, three, five or seven days, allows visitors use of all bus and heritage transport services.

Everywhere you go you are reminded that the island cares for its animals. There are many facilities for local pets, and a rest-home for retired horses. Visitors can see these friendly animals, and thirty pence buys a small bucket of food to give to the horses – a lovely idea and great for kids.

Our visit ended all too soon as we handed the car keys back to Alan and he drove us to the airport terminal. The hospitality of the islanders, lovely beaches, great visitor attractions and heritage transport make the Isle of Man a unique destination.

Useful information
Explored the wildlife of the Curragh www.willowmann.im
​Stayed at the Regency Hotel ​
Dined at Jean-Pierre's Bistro in Ramsey

Getting there. There are daily flights from a number of UK regional airports as well as ferry services from England and Ireland. www.steam-packet.com

For more information go to www.visitisleofman.com
​
Back to Features homepage