Shopping cows to cats dressed as dragons were all part of the Hong Kong experience
By Debbie Pugh-Jones. Debbie, an experienced journalist and PR professional, is a former business and features editor. She has freelanced for the national and regional media and is now a travel writer. Debbie has travelled all over the world, initially with her sons, but now solo, and particularly enjoys opportunities to see wildlife. Her most memorable experience - not falling off a horse during an earthquake in Costa Rica. 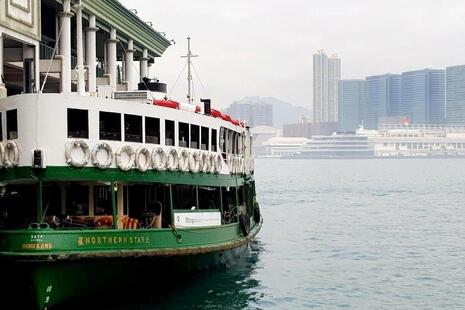 The luxurious Gold Coast Hotel was my base. The18th floor bedroom overlooked Castle Peak Bay and a marina sporting boats of all shapes and sizes. Hong Kong’s only resort hotel, it is in the New Territories.After a ride in a free shuttle to Tsim Sha Tsui I joined the rabble to cross the misty Victoria Harbour to bustling Hong Kong island on the charming Star Ferry. The boats have been faithfully carrying passengers from Hong Kong Island to Kowloon and back since 1888. The passengers were very animated and it was a bit of a rugby scrum. I stood my ground and got on board.

Approaching the island the shoreline was a wedge of modern high rise buildings of all shapes and sizes, crammed tightly together, guarding the harbour’s edge. 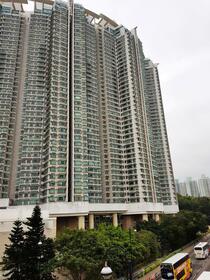 The main shopping and business district was full of vast high-end glass-fronted designer shops, such as Mulberry and Chanel, which appeared to have no customers. I did wonder who could afford to shop there. The side streets offered a colourful array of street markets selling a weird and wonderful selection of wares. Among them is the central–mid-levels escalator and walkway. The longest outdoor covered escalator system in the world, it travels over 2,600 ft and rises 443 ft from bottom to top.

​​A peaceful retreat from the busy streets and high rise buildings, at mid levels on the northern slope of Victoria Peak, is the ​​Hong Kong Zoological and Botanical Gardens (one of the oldest zoos in the world). I crossed here on my way to The Victoria Peak tram where I had hoped to admire the views. I eventually found the entrance but a two hour queue wasn’t for me.  The high rise buildings were bewildering - I couldn’t imagine living in a tiny flat so high in the sky but it is the norm in Hong Kong due to a lack of space. 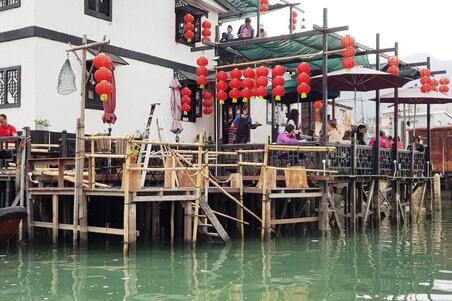 Back to the mainland on the Metro I had trouble finding the shuttle bus. I got hopelessly lost in the pier shopping centre which was dedicated to selling children’s clothes. Popping into a supermarket for a bottle of wine I was impressed. It excelled Harrods food hall with live fish swimming in a tank alongside the counter ready to meet their fate.

Lantau Island is definitely worth a visit. Travelling by MTR, and then bus, I reached the fishing village of Tai O. Its speciality market, boasting a powerful ‘scent’, sells all sorts of colourful dried fish and unusual delicacies including chicken’s feet. I couldn’t pluck up the courage to sample them but gave some fish balls a go.
​
The bus ticket included a boat trip through the stilted houses, the waterside homes of the Tanka people giving an insight into their culture. I spotted a restaurant overlooking the water and was determined to visit for lunch. I made my way through the maze of rickety wooden decks between the wooden houses and eventually found it. The hostess was very welcoming and the fish cakes were delicious. 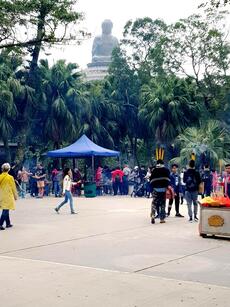 Then back on the bus to the glass-bottomed cable car with its panoramic views. We floated over the airport  and up the hillside to the remote Po Lin Monastery. The impressive giant Tian Tan Buddha towers over Po Lin. The brightly coloured and elaborately painted monastery, one of Hong Kong’s most important Buddhist sanctums, was temple-like with an impressive selection of gold buddhas. Shops selling incense and souvenirs were frequented more by cows than humans.  Visitors, young and old, lit incense and took part in a ceremony worshipping the Buddhas.
​
Public transport is cheap and easy to use in the region. An Octopus card covers MTR, buses, minibuses, ferries and trams.  But a quicker way to travel to the famous Stanley Market was by taxi. I was joined by a friend, a teacher at an international school in Hong Kong. We enjoyed a traditional meal at a beachside restaurant and then hit the market. I couldn’t resist buying a mandarin-style silk dress for around £20 - a bargain. My friend splashed out on fancy coats for her four cats. She later admitted they were quite a challenge to get on them. They didn’t look too impressed on Facebook! Luckily for my dog there were no coats big enough.
Back in the city we explored the Taoist temples. My memory of Hong Kong is it is a place of contrasts. Chinese heritage sits alongside European colonial history looked down on by ultra-modern skyscrapers.  Neighbourhoods are like cities within cities with their own cultures and personalities.
​
I enjoyed the extravagance of the temples with their highly-decorated Buddhas; watching senior citizens work out on the exercise classes on the pavements; admiring the illuminated flowers lit up along the riverside in the evenings and, of course, the cheap street food and noodle bars. 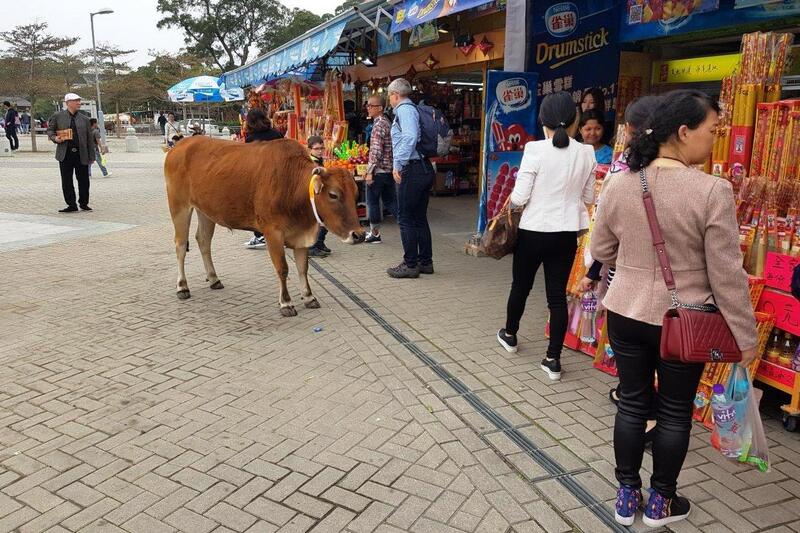 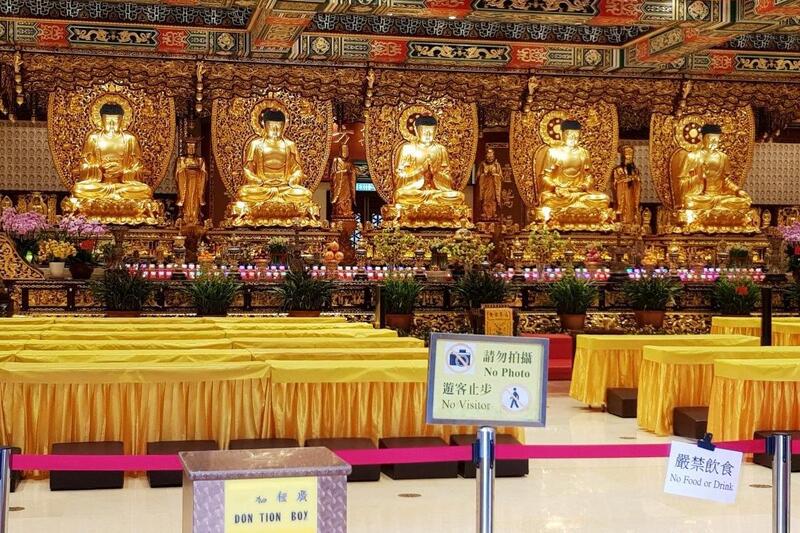 I said a fond farewell to Hong Kong as I departed on the Airport Express. The trip was a great way to make the most of a flight changeover on the way to Australia.

For more information on Hong Kong, visit www.discoverhongkong.com
​
Back to Features homepage