Caribbean Cruise
By Marion Ainge. Marion is an experienced journalist, always excited to share the colours, culture and tastes of every travel adventure with readers. A former newspaper women's editor/columnist/food critic, she now has four young grandchildren and finds freelance opportunities fit her lifestyle and satisfy her passion for travel. She lives in the north west of England, writes for regional newspapers/travel websites, and is an EFL teacher. 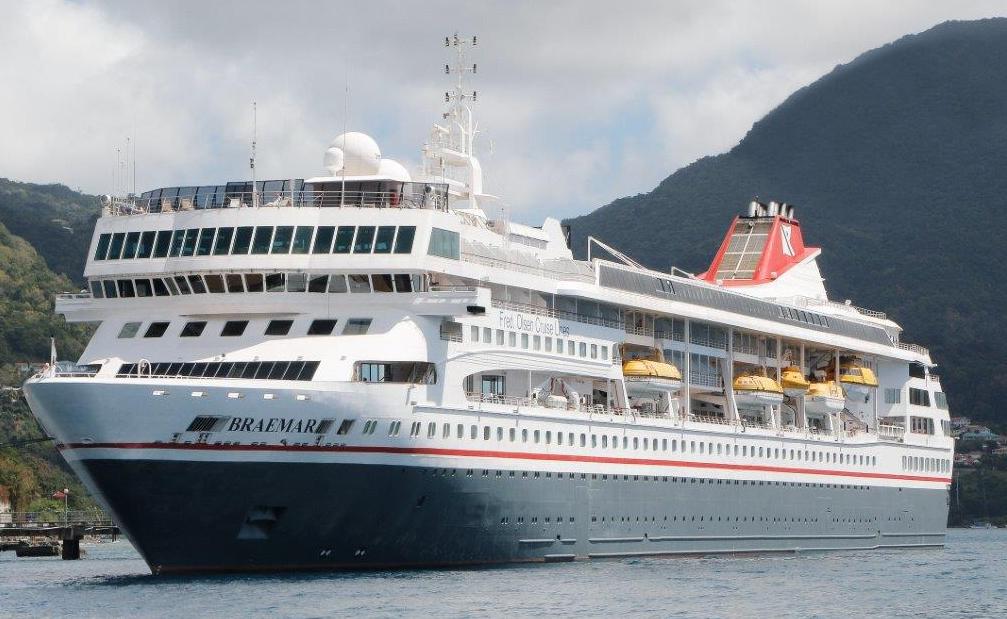 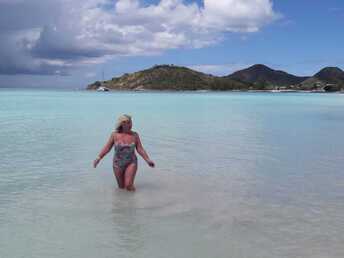 It’s not surprising that the laid back charm of the Caribbean islands is, or should be, on every holiday bucket list. Idyllic beaches, colourful buildings and people, steel bands, reggae and calypso music, fascinating history and culture plus a wonderful climate make this a favourite cruise destination. Take an umbrella though, for the occasional five-minute showers, known to the locals as ‘liquid sunshine’.

There are 365 beaches in Antigua – one for every day of the year. On a ‘Castaway Beach Escape’ as I walk along white sand, soft and fine as caster sugar, I almost have to pinch myself. It feels like I’m on my very own desert island. I wade into clear, warm, shimmering turquoise waters and wonder if paradise is half as nice. 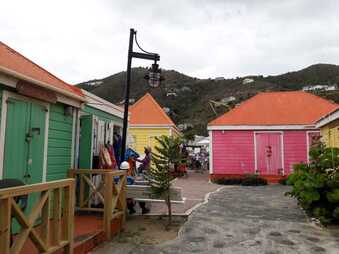 While sailing from Tortola in the British Virgin Islands, the skipper tells dark tales of the high seas, of pirates, looting and treasure. Legend has it that in the 18th century, when notorious pirate, Blackbeard, discovered his spoils had been stolen by 15 crew members, the scurvy dogs were abandoned to their fate on the island known, because of its shape, as Dead Chest, each with only a bottle of rum and a cutlass.

Our skipper lightens the mood and steers on, indicating the direction of Richard Branson's private paradise, Necker Island, where some folk choose happily to be marooned at a cost of around £32,000 a night.

I’m delighted to be aboard Braemar as one of around 750 passengers on Fred Olsen’s 14-night Caribbean cruise. ‘Oh I’m going to Barbados’ I sing to myself. A necklace-shaped route will follow a string of islands and nine ports of call.  At some, we are a toy boat in a bath moored alongside towering multi-deck monster ships. But Braemar, the smallest of Fred’s fleet, can dock at some harbours which their counterparts can access. 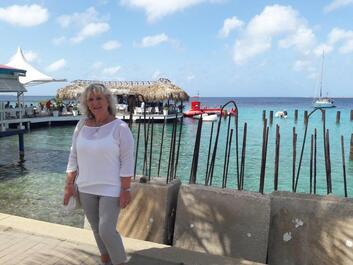 Bonaire
I board a coach on this popular island located just east of the Caribbean Sea in the western Atlantic Ocean.  Cricket legend, Sir Garfield Sobers, hails from Barbados as does pop princess Rihanna.

Here, in the suburb of St Joseph, the enchanting Hunte’s Gardens used to form part of a sugar plantation. It took owner, Anthony Hunte, two years to create the two-acre, colour-splashed, tropical oasis,  built into a collapsed cave/gulley. Palm trees and bread fruit trees remain here, planted by Captain Bligh, formerly of the Bounty, during his second voyage to the Caribbean on HMS Providence in the 1790s.

The old colonial, paint box-coloured buildings line the town centre waterfront in Willemstadt, the cosmopolitan capital of the Dutch Caribbean island of Curacao, famed for its blue liqueur.

With the sun on my face and soft wind in my hair, I stroll along the promenade at Kralendijk, Bonaire in the Dutch Antilles, where little jetties reaching out to the glittering sea support a collection of restaurants and bars.
​
When we dock at St Kitts, disembarking passengers/eager shoppers almost run through the cruise terminal to snap up jewellery, watches, chocolate, clothes, gifts and souvenirs.
Like many of the islands, Dominica is still recovering from major damage following a hurricane two years ago. Roseau, the capital, is a compact town comprising a ramshackle assortment of West Indian colonial buildings with intricate fretwork balconies, supported on stilts. Fruit, flower and handicraft stalls along with pavement barbecues, jostle for space at the edge of the town.

Apparently, wild donkeys and horses roam the narrow streets of Grand Turk, the largest island in the Turk Islands. But for me, just a short walk from the cruise ship dock, the beach beckons. Lazing on a sunbed under a parasol, the clear sea lapping near to my toes, it is a comforting security to see the Braemar moored ahead.

Days at sea enable passengers to relax, read, take part in the activity programme, sunbathe and swim on deck or have a spa treatment. Fred Olsen’s food is fantastic, too, so every mealtime is a pleasure. Formal or informal dining options accommodate all preferences. Special buffets, afternoon teas, a ‘Captain’s Cocktail Evening’ and sail away dance parties bring everyone together. Crew members are ever-smiling and helpful.
​
Fragrant, low rise Grenada, the fertile home to many nutmeg plantations, is named ‘the spice island’. 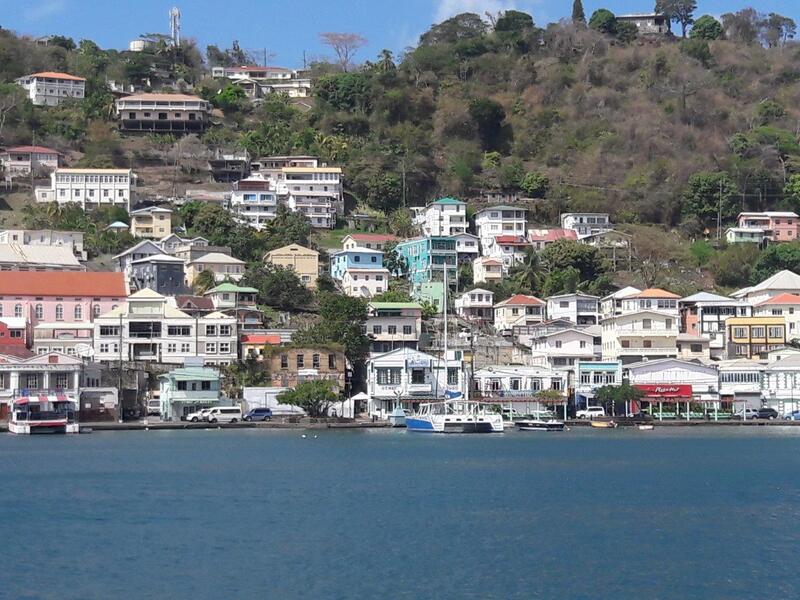 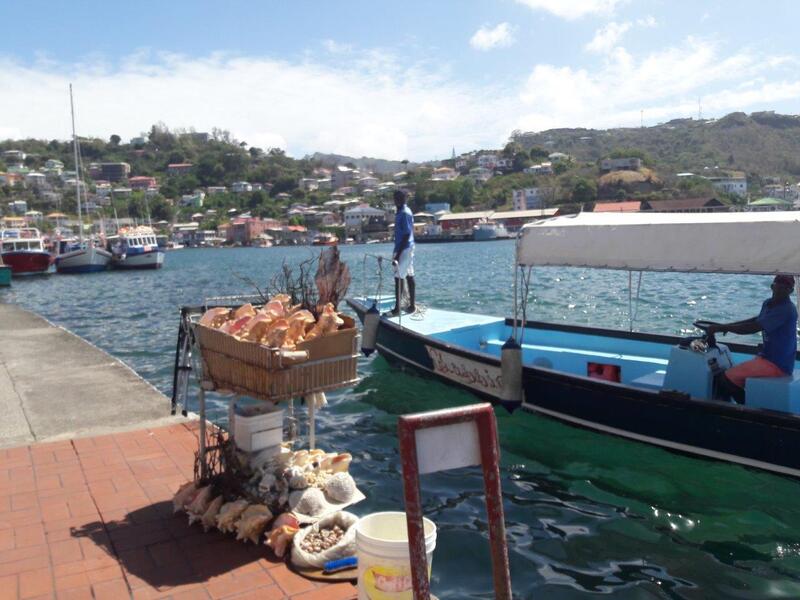 From this port, the Rhum Runner excursion is not to be missed. The sun shines through white candy floss clouds in a cornflower sky as we climb aboard the traditional wooden party boat. Steel drums and rum punch are the order of the day. We moor at Morne Rouge, a sheltered, small, pretty beach to sunbathe and swim. Then it’s back on board to watch lithe young limbo dancers show off their skills before we’re encouraged to have a try. More rum punch required. The rope is raised for us, of course. I can almost walk under it!
​
As I disembark at the end of the boat trip, crew member, Rhondelle, 25, gives me a smile and presses a piece of paper with his phone number on it into my hand.

Fact box
Marion travelled as a guest of Fred. Olsen Cruise Lines who offer a 14-night Eastern Caribbean cruise sailing from Bridgetown, Barbados, February 13, 2020. From £2,299 per person, including flights. www.fredolsencruises.com
​
Back to Features homepage