Madeira Cruise
By Marion Ainge. Marion is an experienced journalist, always excited to share the colours, culture and tastes of every travel adventure with readers. A former newspaper women's editor/columnist/food critic, she now has four young grandchildren and finds freelance opportunities fit her lifestyle and satisfy her passion for travel. She lives in the north west of England, writes for regional newspapers/travel websites, and is an EFL teacher. 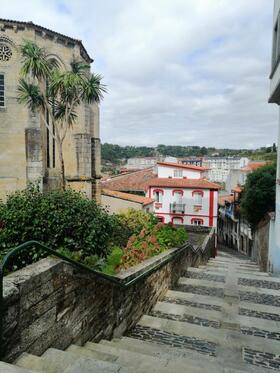 Our cruise is just the first leg of a 168-night Grand Voyage, which takes in such as Cape Town, Tokyo, Hong Kong and Ho Chi Minh City.
On these voyages, cruisers have several options as to where they join and leave the ship.  With such exciting adventures ahead, I wouldn’t have chosen to disembark after seven days, but I’m not complaining!

Following an easy, comfortable Eavesway coach journey to Dover, I joined Fred Olsen’s Boudicca as she set sail on our seven-night Scenic Spain, Madeira and Tenerife cruise. I’m always excited to get on board and to start the adventure.
​
My twin cabin with large window has plenty of hanging space (I use every hanger) TV, dressing table and bathroom with shower over the bath.

With a choice of classes, lectures and groups, a library, musical concerts and more, plus a range of treatments in the Atlantis Spa, there’s always something to do on sea days. When it’s warm and sunny, what’s better to be out on deck to snooze or read.

‘I’m leaning on a lamp-post at the corner of the street’ I sing to myself as I stroll around the ship. The late George Formby’s song is in my head as I’m learning to play two chords of it at an onboard class.

From La Coruna, A Coruña in Spanish, my excursion takes me to the charming old town of Betanzos. At the Casa do Queixos, Cheese House, we’re welcomed by a piper in traditional Scottish dress and an accordionist. Inside is quite dark but sunlight streams through the windows on to the long, dark wooden tables. It’s like being in an old-fashioned parlour. We watch a cheese-making demonstration while supping local wine from individual earthenware bowls and sampling some tasty local cheeses.

The ‘child cheese’ is so called as it takes nine months to mature. How the ‘booby’ cheese gets its name, I’ll leave to your imagination! 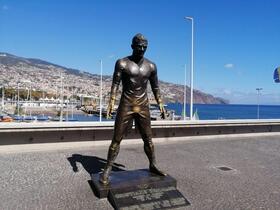 In Funchal, I’m on an important mission and nearly miss the boat – I mean ship! Calling a ship a boat is tantamount to a maritime insult!

The Portuguese island of Madeira relies on tourism and bananas for its survival. Funchal’s promenade is lined with splashes of colour - vibrant blue and orange of Bird of Paradise blooms. But I haven’t time to waste. I need to find the statue of Funchal’s famous footballer son, Cristiano Ronaldo, and to take a photo for my soccer mad grandsons.
​
I take my turn for the photo-shoot then spot a shop selling Ronaldo footie shirts. I dive in, grab two from the rail and hold them up to assess the size. Buy bigger rather than smaller. Decision made, I pay and run with only 10 minutes to final boarding time. I think of stories about passengers who’ve misjudged the time and have been left on the quayside, as their cruise ship starts to move away, but I make it with minutes to spare. 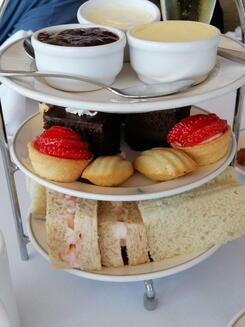 Our morning catamaran sail from Funchal harbour took us past Reid’s Palace Hotel, stately, elegant and set high on a cliff. Winston Churchill was a regular guest at Reid’s. Served on a terrace overlooking the Atlantic Ocean, Reid’s acclaimed afternoon tea is something special – and it probably should be at around 33 euros per person.
​
Fred Olsen’s traditional afternoon tea costs £8.95 and very nice it is, too.  It’s a white-gloved affair in the stylish observatory. On the tiered cake-stand, a selection of dainty sandwiches supports the next level, which balances a cluster of warm scones, clotted cream and jam with a top tier of tempting little cakes, fancies and tartlets.

​Fred’s food is always so good and cruisers look forward to meal times. One evening when I couldn’t decide which dessert to choose, lovely waiter Mithlesh from Dehli,  one of Fred’s amazing crew members, presented me with a smile and three different desserts on a plate! I passed them around our table so everyone could try a taste. 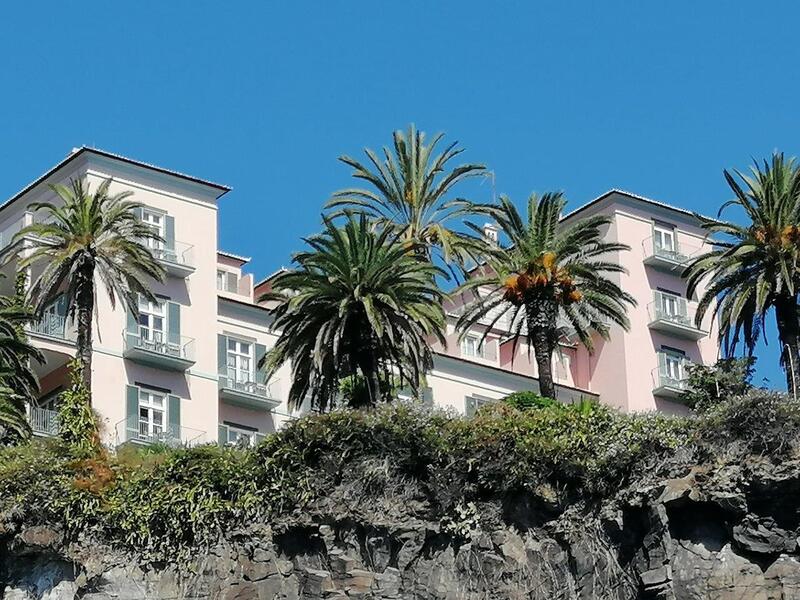 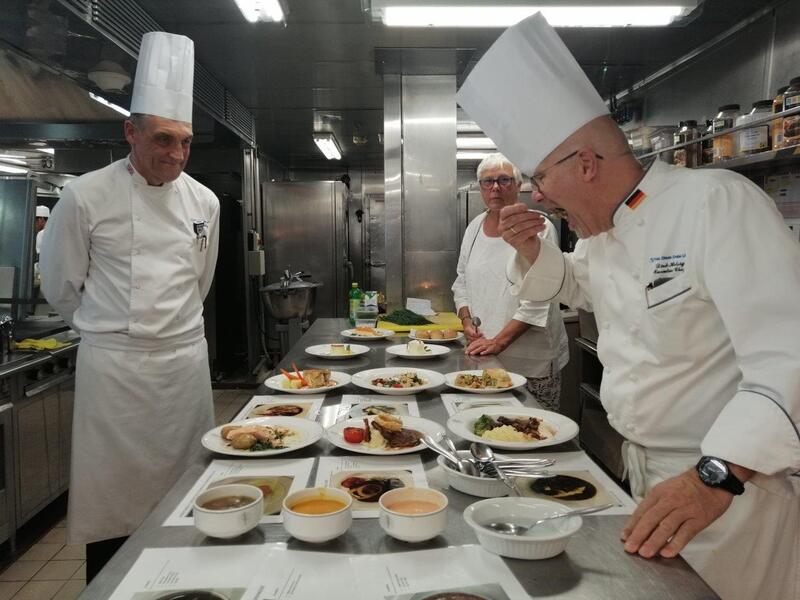 Cosmopolitan Santa Cruz on the north east coast is the capital of Tenerife. It's a busy port which features a dazzling white, avant-garde opera house, an art museum, lively nite spots and a world-famous February carnival. Wandering the back streets, we find a little local café bar. We sit outside with a glass of wine and watch the world go by.

For coach travel to Southampton and Dover from many pick-up points throughout the UK, call  01942 727985 or go to
www.eaveswaytravel.com