FUN AND FABULOUSNESS AT FANCOURT

By Ilse Zietsman. Ilse is a freelance journalist, photographer and language specialist who lives in the winelands of South Africa. She is passionate about traveling and food and has traveled to 44 countries all over the world. Her favourite destination is Morocco but she also has a special affinity for Eastern Europe including the Baltics. She is not happy unless there is a plane ticket in her safe at home. https://ilsezietsmanblog.wordpress.com​
Fancourt Estate, a hotel and golfing destination situated just outside of George, a laidback city on the Garden Route in the Western Cape, has many fans locally and abroad but – contrary to popular belief - that has nothing to do with its name.

Henry Fancourt White was a colonial assistant surveyor who came to South Africa from Australia and who was involved in the construction of the Montagu Mountain Pass, between the towns of George and Oudtshoorn, over the Outeniqua Mountains.

He was actually born in Yorkshire in 1811, emigrated to the Cape with his parents as British 1820 Settlers, and then left South Africa to acquire road-building experience in Australia. It is believed that he established the first vineyards – it was his own vineyards at the time - in the Hastings River region of Australia in 1837.
​
The scenic Montagu Pass was built using convict labour; it is estimated that 250 convicts took 4 years to build the pass.
​
The late 1880s was a period of grandeur for Henry White, one reads on the Fancourt website. At this time he established Blanco House, his family home and the predecessor to The Manor House that was transformed – much later – into a boutique hotel as part of the portfolio of Fancourt. 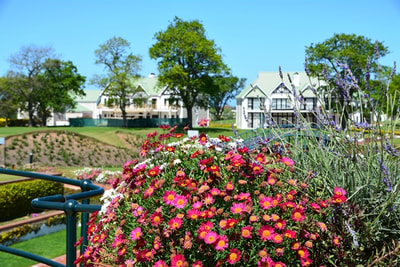 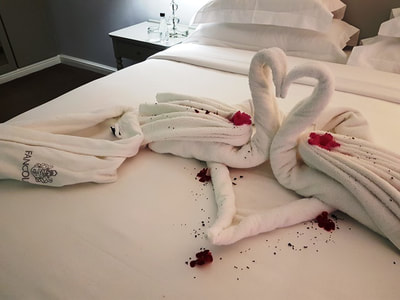 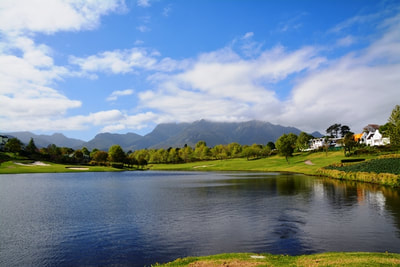 ​Henry Fancourt White died in 1866; in 1903 his son Ernest Montagu White bought the property and renamed the property Fancourt in honour of his father. It was also his grandmother’s maiden name. Ernest refurbished the manor house. Yellowwood, stinkwood and blackwood was used “to restore” the house to its “former grace”, the website reveals.

Unfortunately Ernest – and his sister - died tragically in 1916 after eating poisonous mushrooms that they had foraged in the veld. After his death there was no-one who took an interest in maintaining the property.

In 1960 – and again in 1989 – the tide turned and today The Manor House is a national monument, a provincial heritage site and was also awarded the title of Africa’s Best Romantic Boutique Hotel in 2015.
​
Thus it’s not just golfers who have fun at Fancourt – there are three world-class golf courses (The Links, Montagu and Outeniqua) designed by Gary Player, a retired South African professional golfer ranked fourth in the world by total men’s major championships won. 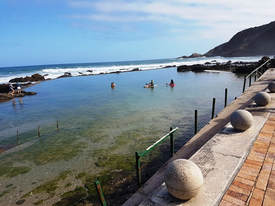 Fancourt is ideally situated to explore the Garden Route. The town of George is the hub of the Southern Cape; the road to Wilderness along the Kaaimans River is one of the most beautiful in South Africa and the town itself has a bit of a hippy feel; Knysna is known for its oysters, its festivals and its quirky shops; and Mossel Bay has beautiful beaches and more than a handful of restaurants.

​The smaller bays vie for attention too: Herolds Bay is good for spotting dolphins and has a pretty little Catholic chapel on the beach front; Victoria Bay is essentially a cove enclosed by cliffs which is hugely popular amongst the locals. ​
​​Staying at Fancourt there are various dining options: La Cantina has an Italian menu and award-winning wine list, Monet’s Restaurant and Deli has an outdoor pergola where the setting calls for a glass of bubbly and the ever-so-popular 19th hole is at the Club Lounge and Bar.
​
​I consider myself quite a foodie but I do not have green fingers and I find plants boring. I’m also not child-friendly, if I have to be honest. The foodie in me revelled in both meals I had at La Cantina and the wine list – a nod to Henry’s vineyards perhaps - had me salivating. 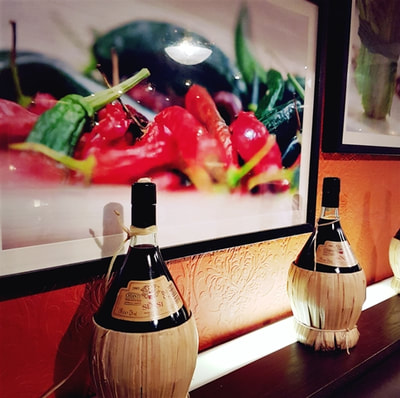 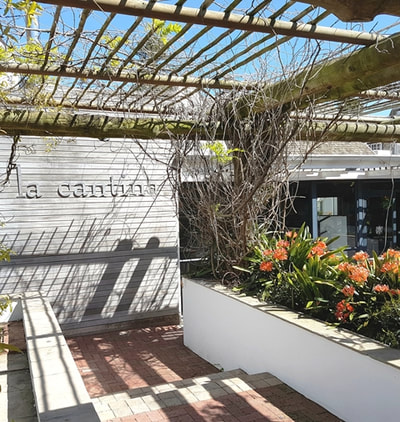 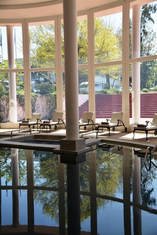 I was pleasantly surprised when I realised that the gardens at Fancourt are just so beautiful and varied that I could spend hours roaming the grounds. Fancourt prides itself on being child-friendly – which child-less people like me might find off-putting - yet in such a way that other guests might not even notice this as most of the facilities for young guests are unobtrusive.

​My last confession is that I tend to become twitchy at a spa. I’d much rather sit with a glass of wine and a book or magazine. Yet I thoroughly enjoyed The Spa at Fancourt. Its signature treatment is a Roma Stone Placement Massage that incorporates Basalt Rock Hot Stones and Soy Lotion Candles. Alternatively guests can de-stress in the Roman bath and jacuzzi, the sauna or steam room, or the tepidarium. I did it all. And then I enjoyed that glass of wine!

For more information go to www.fancourt.co.za
​
Back to Features homepage