Dominican Republic
By Mike Pickup, Mike writes about travel for numerous newspapers and magazines, both consumer and trade, and has over a hundred features published each year. He is also the Editor of Holiday Magazine and a professionally trained photographer. For more information click here ​
Click on any image to enlarge it 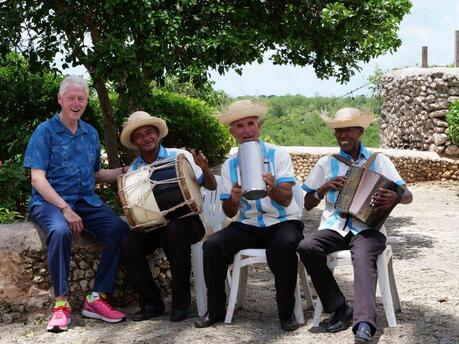 ​“In fourteen hundred  and ninety two Columbus sailed the ocean blue”, so says the traditional rhyme. It was in December of that year that Christopher Columbus landed on a Caribbean island subsequently named Hispaniola, an island now shared by two nations – Haiti and the Dominican Republic.

It was Christopher's son Bartholomew who, six years later, founded Santo Domingo, the first city in the Americas and the capital of the Dominican Republic.

However, I managed a quicker and more comfortable journey with British Airways, and for the nine-hour-plus flight the comfort of World Traveller Plus was well worth the modest extra cost.

Today the country is the most visited in the Caribbean and tourism is at the heart of the economy with developments such as Casa de Campo contributing to its success.

The town of Romana where Casa de Campo is situated, was originally home to the world’s largest sugar mill, owned by Gulf + Western, famous for such brands as Paramount Pictures, Viacom and CBS.

​However, the area was transformed into a tourism destination, starting with the building of the Teeth of the Dog golf course which opened in 1971, the first of three designed by the legendary Pete Dye and now generally recognised as the best in the Caribbean. Many famous people have taken on the challenge of the course, including Bill Clinton.

One of my favourite places for lunch was the Nineteenth Hole, the club-house bar overlooking the course. It's a lovely place to enjoy not-so-lite bites, washed down with a cold beer or glass of wine. 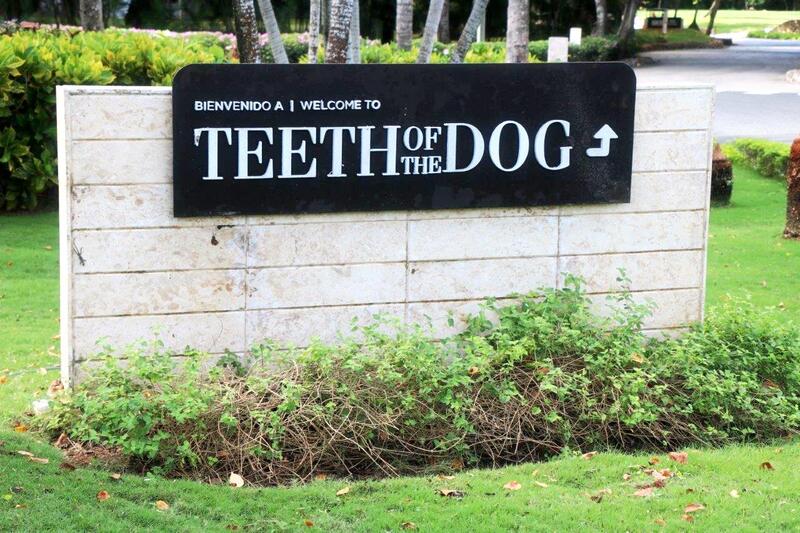 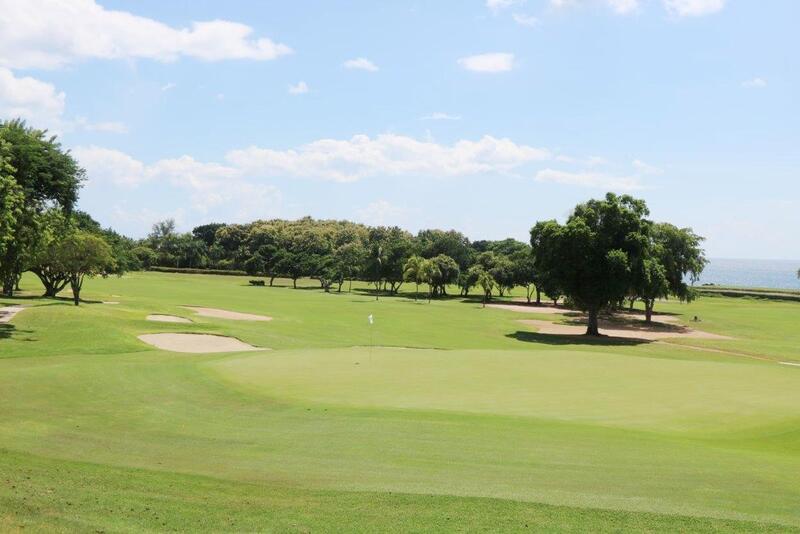 ​Perhaps the only problem you will have is trying to fit in all that the place has to offer. As well as the three golf courses there are three polo pitches, stabling for several hundred horses which guests can ride, clay pigeon shooting, thirteen tennis courts and a range of water sports both on the sea and on the river. Oh, then there’s a cigar factory! Of course there are the usual facilities such as a fitness centre, spa, pools and numerous bars. There is even an airfield for those wanting to arrive in style in their own plane or helicopter.

Altos de Chavon is situated at the far end of the resort from the reception area. A mock sixteenth century Spanish village, it was built as a film set but never used as such. It’s home to a number of restaurants, artisan workshops, a museum and night club. I enjoyed a lovely Italian meal at La Piazetta, run by a Venetian with a passion for serving great food. 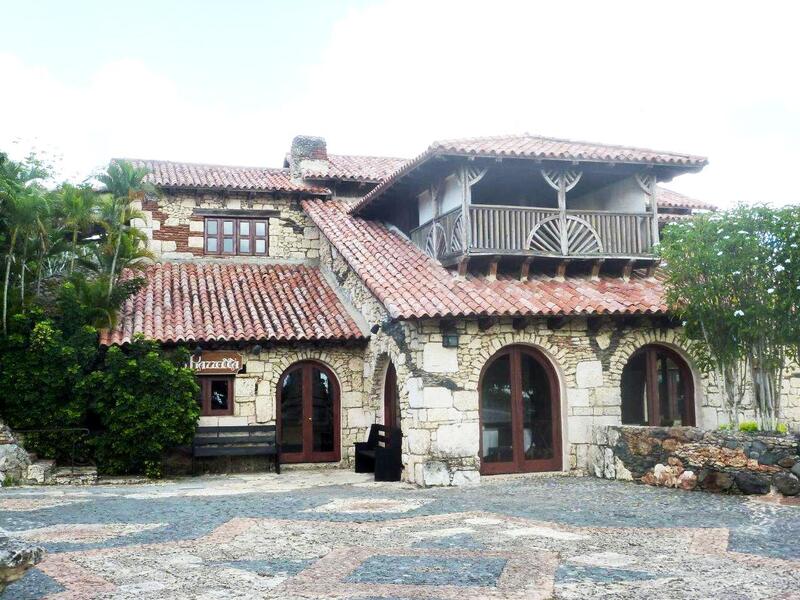 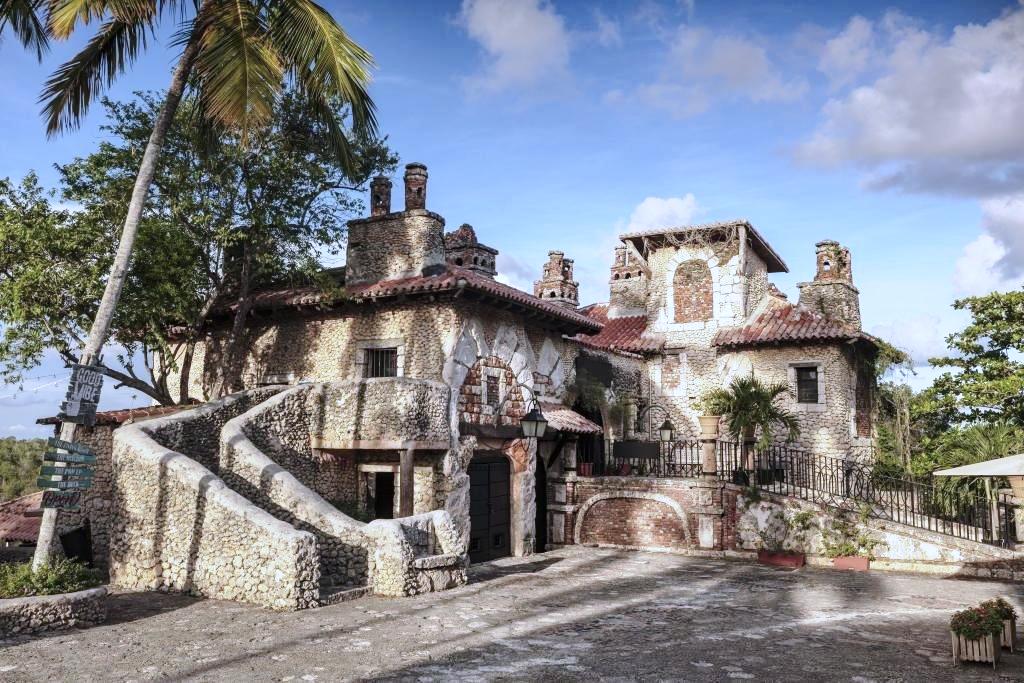 Nearby there’s a five thousand seat Roman-style Amphitheatre. Opened in 1972, the first performer was Frank Sinatra, clearly a tough act to follow, but many have done so, including Elton John,  Andrea Bocelli, Gloria Estefan, Julio Iglesias, Placido Domingo and more. During my visit they were getting ready for a concert of 80s music by REO Speedwagon.

The beach at Minitas includes a beach club with two pools, one for families and the other for adults only. A food cart is available for snacks and there is also a restaurant serving lunch and dinner. A short distance away, the Marina is crammed with multi-million pound yachts that would not look out of place in Monaco. As well as a range of mooring facilities, owners can take advantage of an ultra-modern shipyard. There are also several places to eat with 'millionaire' views. 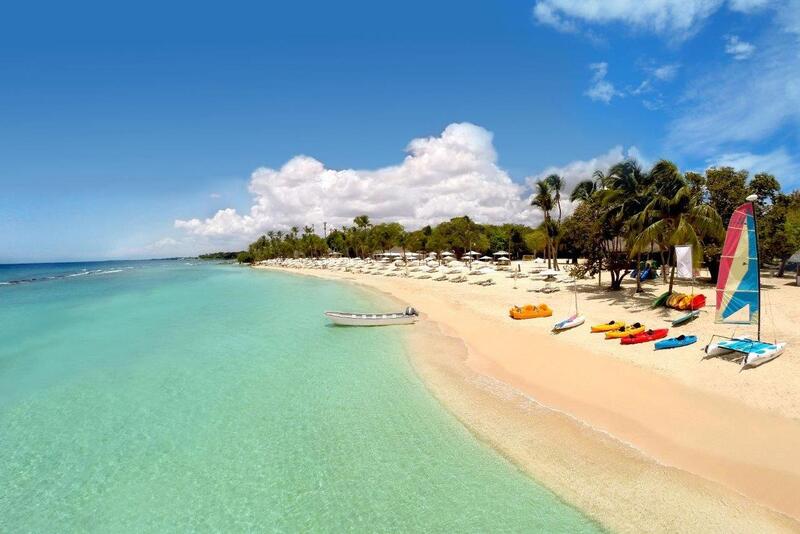 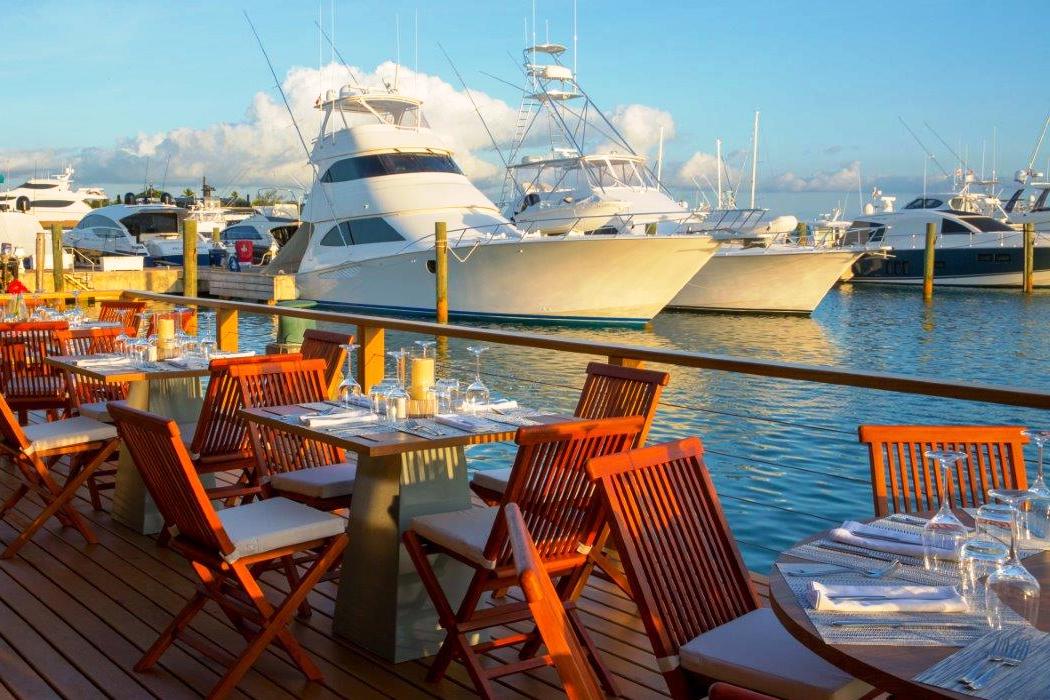 As you can imagine, the place is huge and as well as its three golf courses there are nearly two thousand villas, many of which are available to rent. For those looking for a home from home, the lovely villas come with staff who prepare breakfast and who are available to cater for lunches, dinners, parties, BBQs and more. Accommodation ranges from three to eleven bedrooms. 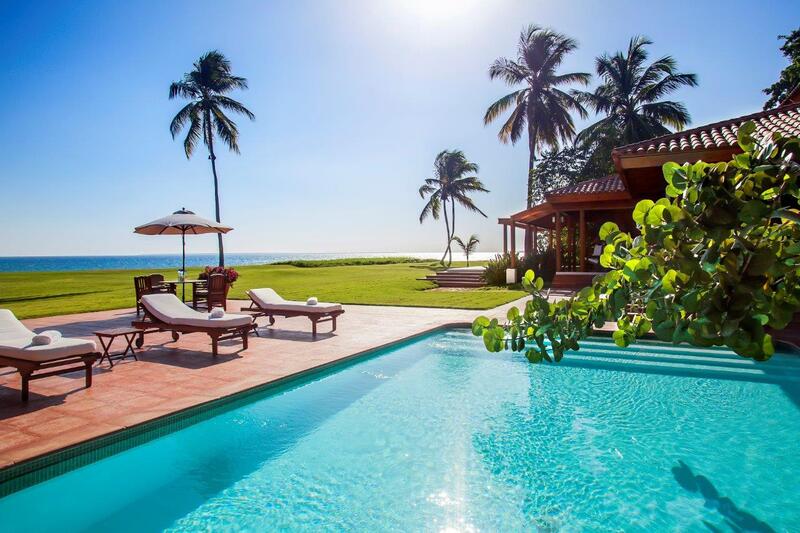 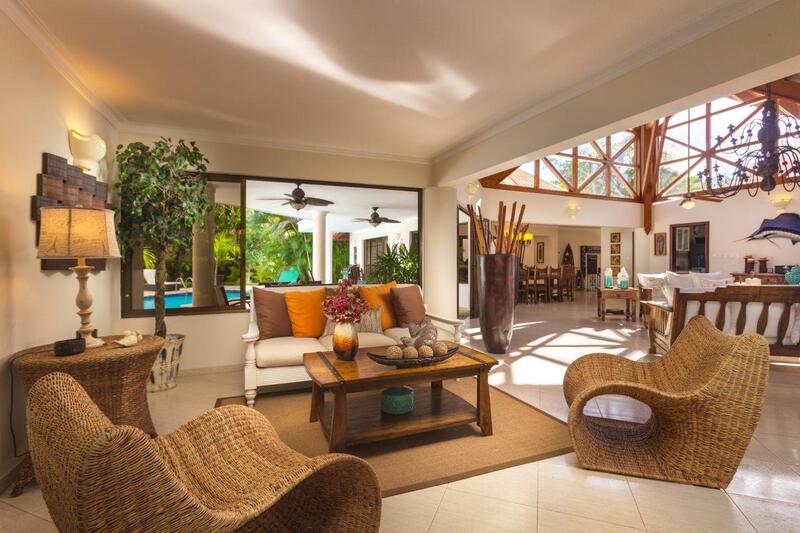 More modest but very comfortable accommodation is offered by the 247 hotel rooms, scattered around a vast tropical garden setting, and guests can take advantage of an all-inclusive package. 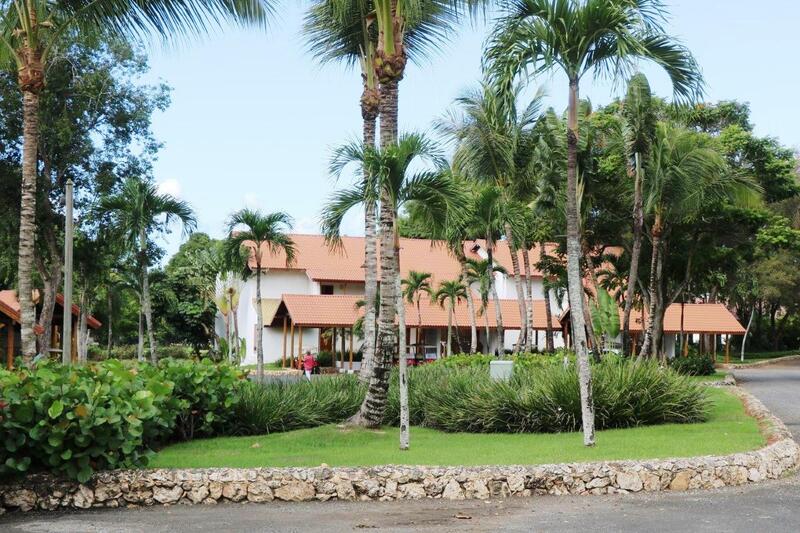 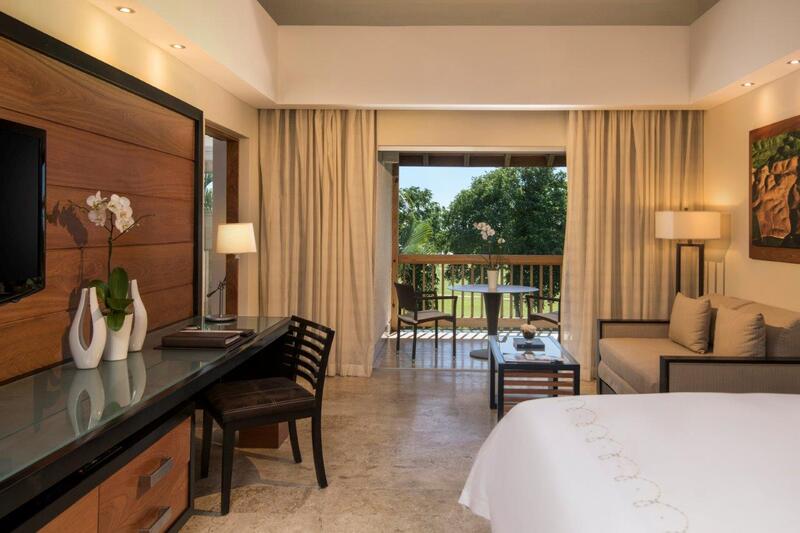 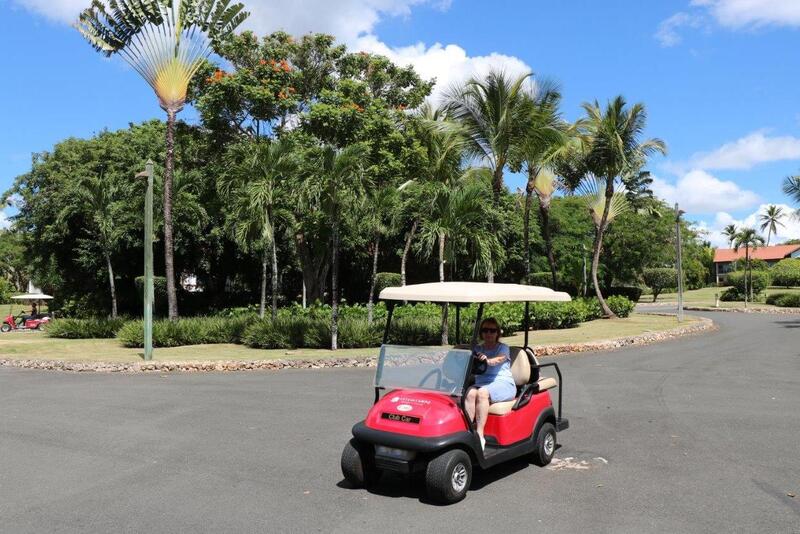 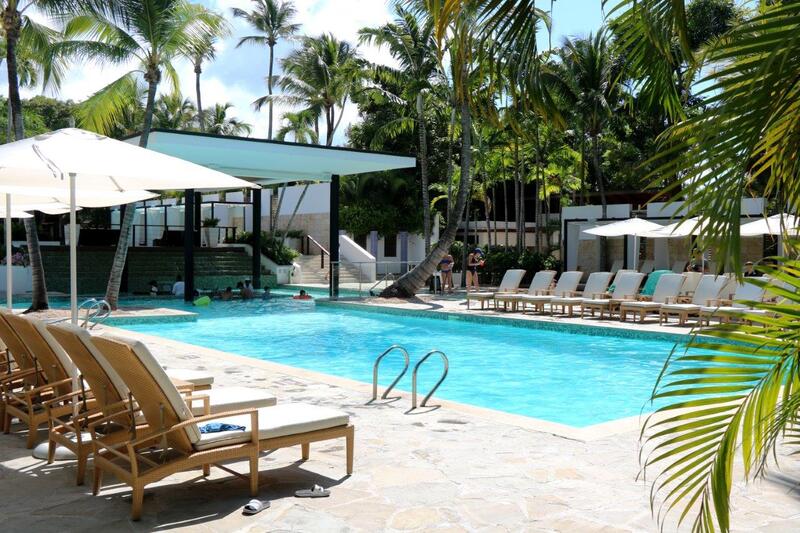 As it covers such a large area, guests are also allocated a motorised buggy to get round the resort, so don’t forget to take a driving licence. No-one walks in Casa de Campo, not even the golfers on the three golf courses!
Fact Box
British Airways flies from London Gatwick to Punta Cana, Dominican Republic from £463 including taxes/fees/carrier charges. To book visit the website or call 0344 493 0120.

British Airways Holidays  offers seven nights on an all-inclusive basis at Casa De Campo Resort and Villas. The all-inclusive package includes meals at a choice of restaurants, extensive cocktails, wine and non-alcoholic beverages, unlimited horseback riding, tennis, non-motorised watersport and use of a four-seater buggy. Check the website for the latest availability and prices.
​
Back to Features homepage