A mooning gargoyle, skeletons galore, the Black Madonna and rather good wine
By Gilly Pickup. Gilly is a freelance journalist, travel writer, author, cruise specialist and photographer who also publishes features in national and regional newspapers and magazines on travel related health, well being, women’s interest, food and  lifestyle. Gilly has written twelve books including ‘The A-Z of Curious London’, ‘Haunted West End’,‘The Little Book of Spirituallty’ and  ‘Great British Inventions: From the Brilliant to the Downright Bonkers’. More books are on their way. www.travellinglady.co.uk
I decide that the Austria-Hungarian crown land of Moravia is an Alice-in-Wonderland-ish kind of place. It has spooky castles perched atop hills, deep, dense forests and Brno, its erstwhile capital, is chock-a-bloc with quirkiness.  Even Good King Wenceslas - he of Christmas carol fame - granted this ancient city privileges way back in 1243.

My guide Agata is on a mission to show me some of the more curious aspects of her Brno and we start at the Old Town Hall. “Look”, she says pointing above the doorway.  A small wrinkled countenance is peering down at me. No wonder the stony face looks dismayed, he represents the council leader who was bricked up alive for trying to betray the town to the enemy. …. but then, maybe that’s not too unusual for a place where my guide tells me the town’s noon bells ring an hour early and whose well-loved symbol is a fairytale man-eating dragon. In fact the symbol is right above my head as we pass below the vaulting of the entrance.  I hardly like to mention it, but anyone can see that it isn’t a dragon at all, but a crocodile.  At the same time I notice that the entrance portal is skew-whiff.  Agata tells me that there is a reason for this. Way back in 1511 the stone mason took umbrage at being underpaid so decided to give the portal a crooked central pinnacle. The aldermen were cross and ordered its immediate repair.  The stone mason replied, “Dear Lords, your words have been just as crooked as the pinnacle on the portal and so forever it shall reveal to the world how treacherous you were."  Quite right too. 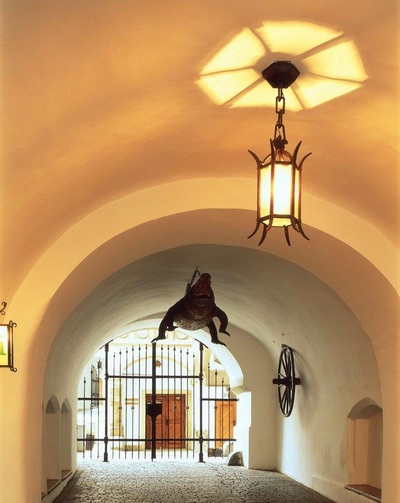 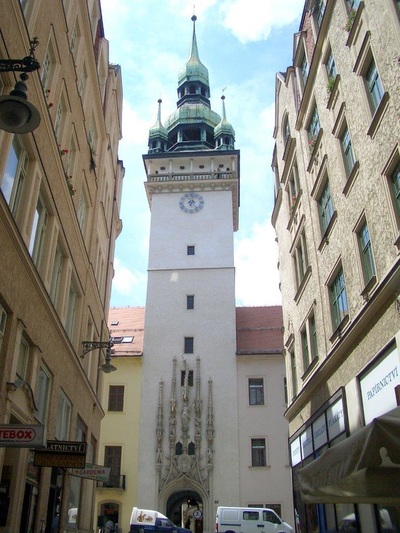 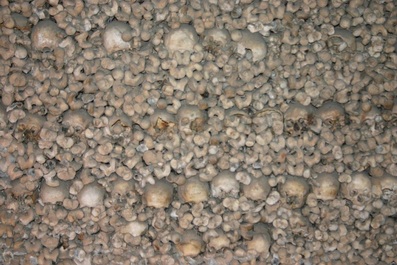 ​Then we are off again, heading for Brno Underground. This labyrinth of medieval cellars and furtive passageways underneath the town’s Cabbage Market includes a torture room complete with pillory. Europe’s second biggest ossuary is here too (the biggest is in Paris.) It’s stuffed to the brim with thousands of skeletons and skulls perched on plinths.  Agata explains deep yellow ones probably died from cholera, while the reddish tinted bones suggest death from the plague.  The ghoulish theme continues as we head for the Capuchin Crypt of the Holy Cross Church where around two dozen monks lie, clutching rosaries. They like to keep their holy people on view here.  Apparently the soil in the underground chamber along with a system of ventilation ducts allowed the corpses to be mummified in the open air. A chill seemed to descend and I don’t like to linger too long, there is something – well, weird – about it somehow. 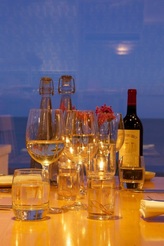 Our bizarre tour isn’t over yet though. “We will go to see the indecent little man,” Agata smiles. St James Church with its rather splendid pinnacles, caryatids and a towering green spire, is surely an odd place to find an ‘indecent little man’ I muse. But there he is, at the arch of a low window on the south side, a gargoyle flashing his bare bum, mooning at the cathedral up the road.  A result of rivalry in medieval times, or so the story goes. There is a pub directly opposite and in we go for a glass of local wine.  By now I’m not surprised to learn there is even a legend attached to that.  The guardian of the vineyards – and indeed, of Brno itself, is the Black Madonna, a painting of which still hangs above the high altar in the Church of St Thomas.  ‘It’s all down to her,’ says Agata, ‘that our wine is top notch’.
​
But before I take leave of my guide, I have to ask, ‘why do the midday bells ring at eleven a.m?’ Ah, she says, ‘it’s all because of the Swedes.’ During the Thirty Years War there was a siege. Invading Swedes promised they would call off their attack if they hadn’t managed to take the city by midday. During the battle, things didn’t look too promising for Brno, so someone had the bright idea to ring the bells an hour early. Daft maybe, but it fooled the Swedes who left empty-handed.
Want more about the Czech Republic Try Czech Tour
Back to Features homepage