A Wholehearted Welcome
Words and images by Edward Placidi. Edward Placidi is a freelance travel/food writer and photographer who discovered his passion for exploring the world as a teenager and has gone on to travel ‒ mainly on solo, independent adventures ‒ in 107 countries (so far). He has penned articles for numerous newspapers, magazines and websites. When not traveling he is whipping up delicious dishes inspired by his Tuscan grandmother with as many ingredients as possible coming from his organic vegetable and herb garden. 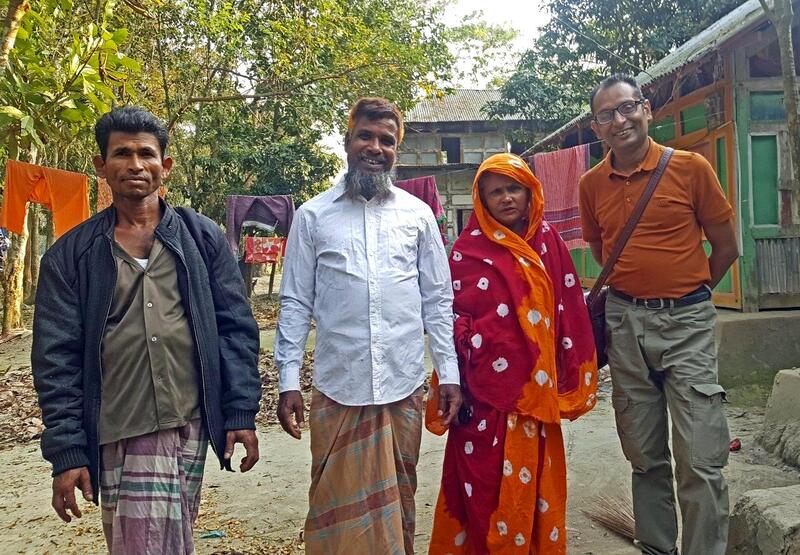 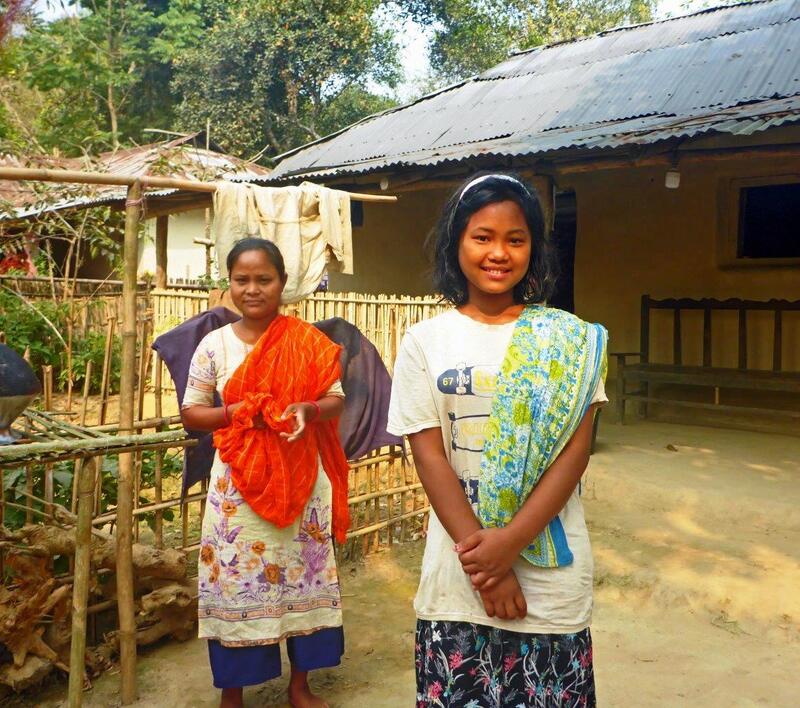 ​We entered the dirt-lane village of the Garo people in northern Bangladesh unknown and unannounced, but were received like long lost family. Emerging from their bamboo and mud houses with tin roofs, people gathered around us. Plastic chairs, a small table and a pitcher of water and glasses appeared. My guide, Zia Islam, of Tours & Trips Bangladesh, was answering in Bengali the many questions about who I was and why I was there. Then tea and biscuits arrived, and we talked and laughed. It was like coming home. 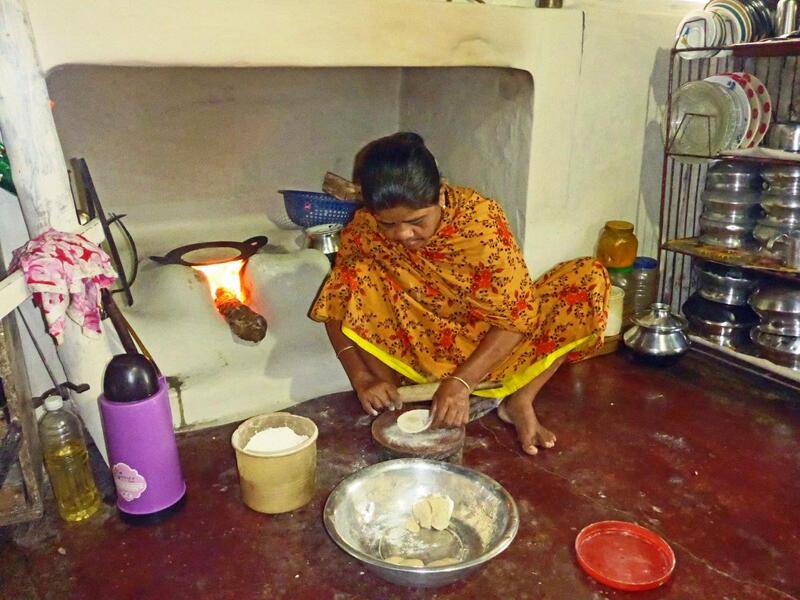 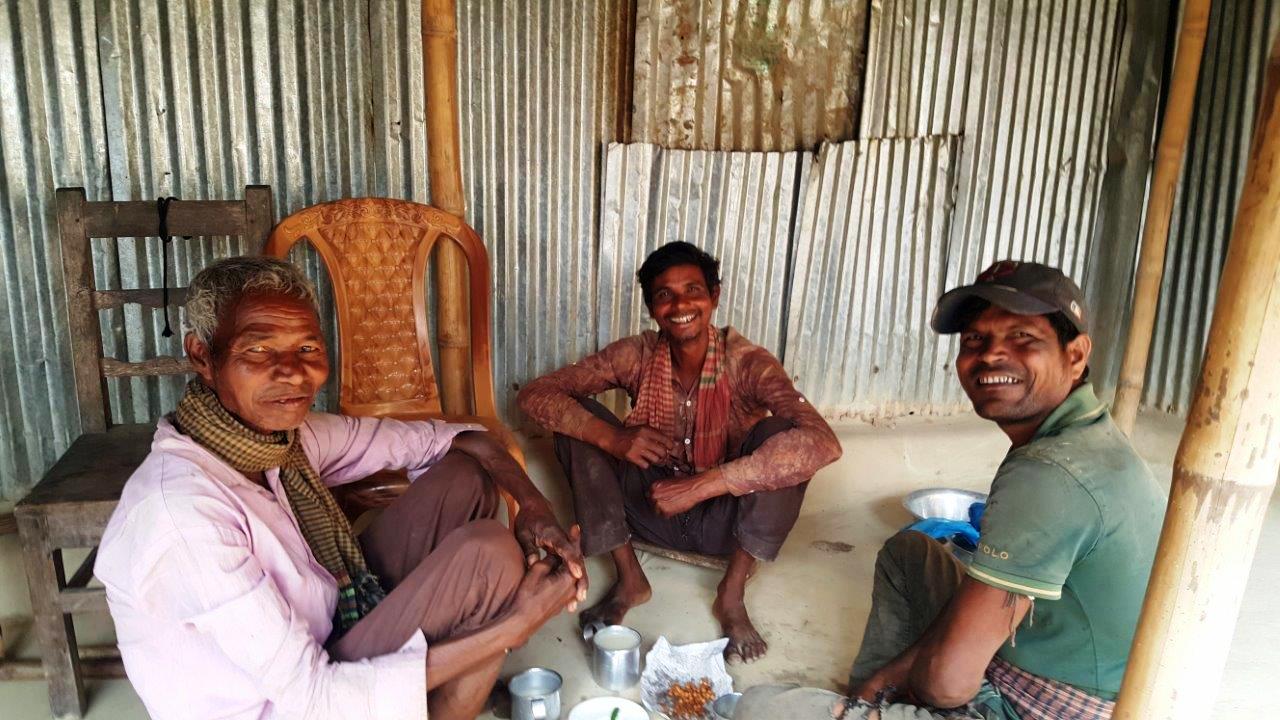 ​“We don’t have a Taj Mahal or much tourism infrastructure,  our attraction is our people,” Zia explained. Wistfully noting that Bangladesh is not a tourist destination, he added, “It is only travelers looking for new experiences who come here, and what they discover is the people of Bangladesh.”

It became clear to me what Zia meant about the Bangladeshi people upon leaving the hyper-madness of Dhaka. The capital’s old city is a must see – an unsurpassed, breathtaking  surge of pulsating human activity in one of the most densely populated and polluted spaces on earth ‒ but everything changes when you leave the frantic, rarified world of Dhaka.  Driving, sailing and riding trains across Bangladesh for several weeks, the curious, friendly – and sometimes staring  as if you were a visitor from another galaxy ‒ denizens of this poor and overcrowded country embraced me with an unreserved welcome.

Sailing from Dhaka on a hydrofoil to the southern port of Barisal, the throbbing gateway to the riverine water world of southern Bangladesh, Zia asked if I wanted to join the captain on the bridge. When I said yes, he informed me, “It’s not allowed, but they will never say no to you because you’re a visitor to our country.” I knocked on the bridge door, was immediately invited in, and a chair set up for me next to the non-English-speaking captain.  In silence, we plied the widest rivers I’ve ever seen – the banks not even visible at times ‒ competing with an endless parade of rusty barges and cargo vessels laden with bags of rice while slicing through massive growths of water hyacinths carpeting the surface.

Karapur’s 15th-century Mia Bari – a standout among Bangladesh’s colorful red mosques with ornate silver-gray relief work ‒  is a forgotten legacy of the days of the Sultan, lost in languid and idyllic countryside of rice paddies, mango and papaya trees, grazing goats and large ponds, only an hour away but far removed from the bustling urban scene of Barisal. 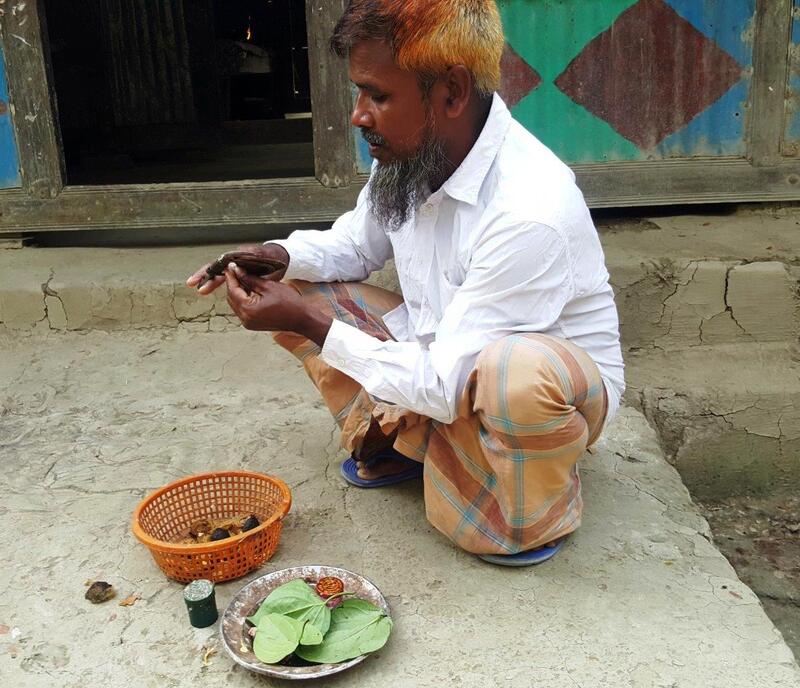 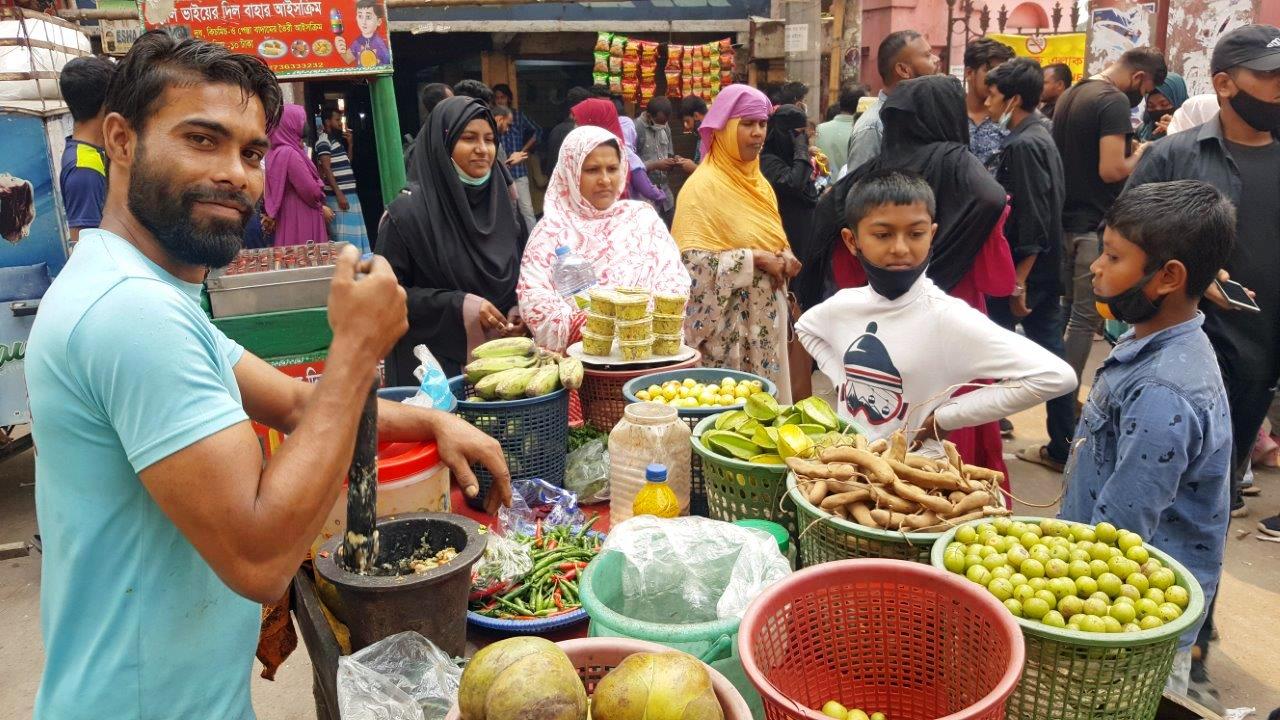 Walking into the village after visiting the mosque, a simple greeting, the standard Muslim “assalamwalaikum,” immediately invited us into the lives and hospitality of the villagers. The questions came in quick succession: “What is your name? Where are you from? Are you married? How many children do you have? What is your profession?” They were curious as to why I was there in their village, but seemed unsure about the concept of “I’m just a tourist.”

“They offer genuine hospitality,” said Zia. “They want nothing from you. You have come to their village and they want you to feel welcome. So they offer a chair, water, then tea and something to eat. It hurts them if you don’t take it.”

A village elder ‒ with the henna-dyed orange hair so popular with men here ‒ even offered me his psychoactive chew: he shaved betel nut on a large green leaf, added a pinch of tobacco, smeared a finger of lime (hydrated calcium oxide), folded it up into a small square and presented it to me. When I respectfully declined, he gleefully popped it in his mouth.

They then showed me their modest living and sleeping rooms, pointing out where the roof leaks, and we ended up sitting in a circle in the outdoor kitchen by the pond having milk tea and cookies. “It means a lot to them if you stay and share tea with them,” noted Zia. 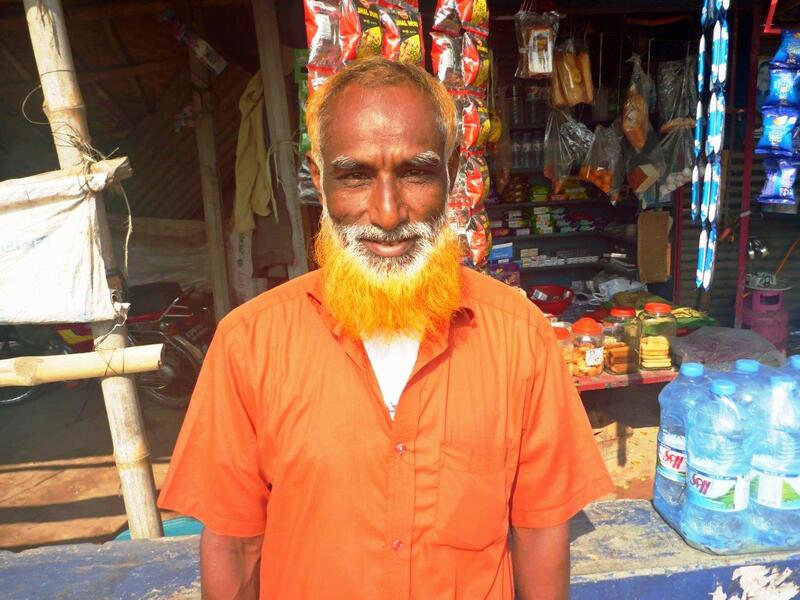 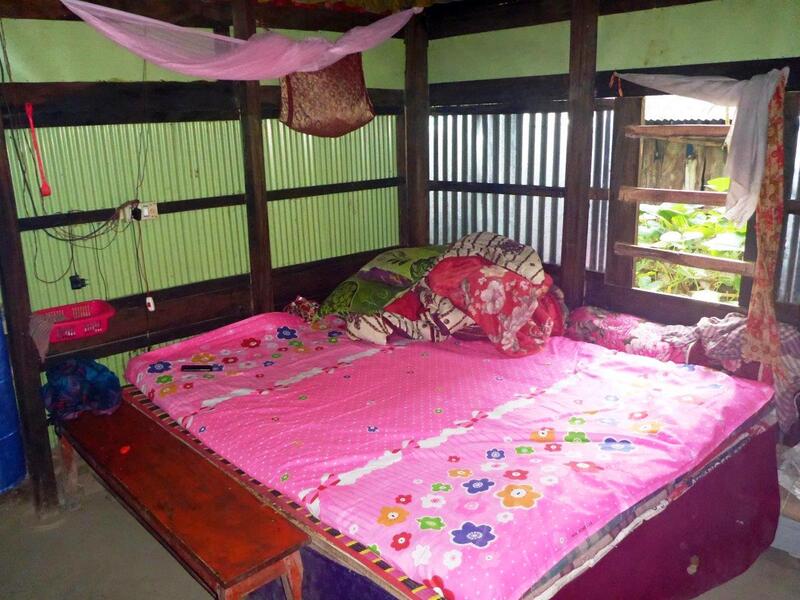 Lowacharra National Park is a delightful slice of tropical semi-evergreen forest, rising in foothills above the tea plantations of Srimangal,  filled with a surprising array of creatures. We spotted everything from huge orb spiders to pigtailed macaques and barking deer to serpent-eating Crested Tapin Eagles and blue-winged Indian Rollers. But the most enticing natural treasure here is the endangered hoolock gibbon. When I told the park guide, Eusuf, seeing the gibbons would be spectacular, it became his mission. His ears perked as we hiked, listening for a call he knew well of hoolock gibbon families communicating with each other.  Suddenly he froze, straining to hear, then we were running breakneck through the forest, tracking them, up hills, across streams, through dense foliage, stopping periodically to listen and gauge the direction. Some 30 minutes later Eusuf collapsed, said he couldn’t go on, and besides we were losing them, the calls becoming more faint and distant.

But in the end it was rewardingly ironic. Driving out of the park on the exit road, Eusuf suddenly slammed on the brakes and we were again running through the forest. Then there they were, above us, two families ‒ golden brown females and darker males and youngsters ‒ moving through the canopy with acrobatic grace, swinging agilely from branch to branch, an unforgettable moment of the trip.  Eusuf was beaming with pride at having found gibbons for me. Deep in the forest they evaded us, only to show themselves by the road at the park’s edge. 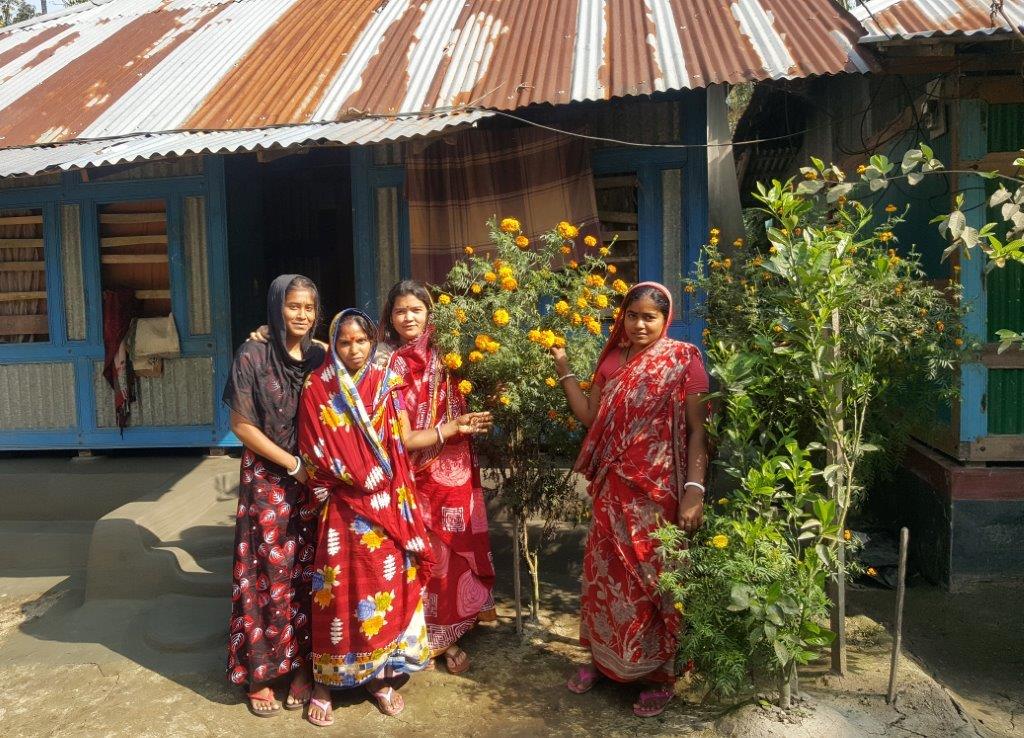 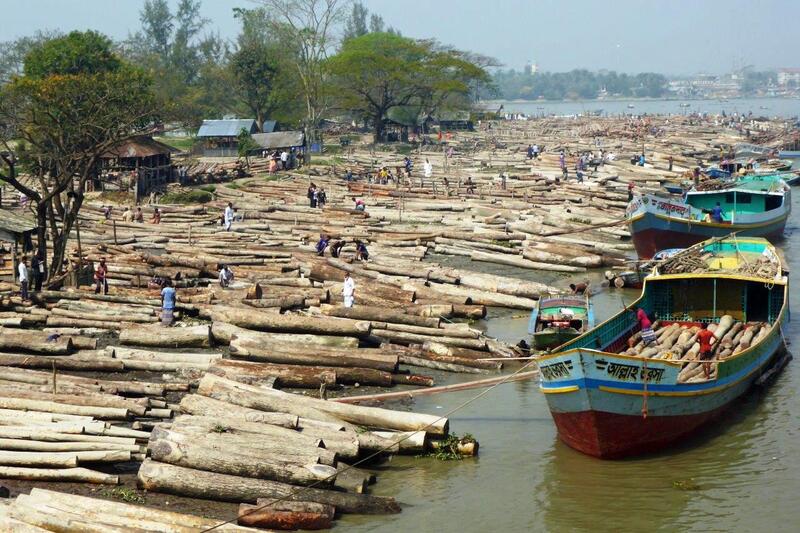 On a day of sailing the maze of rivers, creeks and canals dissecting Banaripara region in southern Bangladesh ‒ visiting floating markets of vegetables and rice and the country’s largest timber market at astonishing Nesarabad, where a sea of hard-wood logs is strewn along the muddy banks of the Sandhya River ‒ we stopped at the Hindu village of Kuriana. A simple greeting of “no-mohsh-kar” was all it took:  The tea shop lady mixed us up one of her popular concoctions with herbs and spices, chatting us up endlessly. The school teacher exuberantly invited us to come meet his class. Several Hindu women brought out chairs, ran for their mobile phones and we all posed for photos – then they showed their humble homes and the flower seeds they were planting for a Hindu festival.  A woman implored us to come to her house and sample her coconuts.

On a three-day sailing on the M.V. Zerin ‒ with just me and 25 Bengalis aboard ‒ we penetrated deep into the Sundarbans.  It was all smiles and making new friends as we plied the complex nexus of waterways penetrating the world’s largest mangrove forest that meets the planet’s most extensive tidal basin in the Bay of Bengal.  Exploring by small boat and on hikes in dry areas among the mucky mangrove swamps, we saw many spotted deer, but otherwise it was all fleeting glimpses:  a six-foot water monitor lizard suddenly sliding off a slippery bank into the water; the back of a dolphin emerging and then immediately disappearing; a Crested Serpent Eagle swooping away; a terrapin turtle pushing his face out of the water for a quick view before submerging; a spectacular Greater Racquet-Tailed Drongo winging by and gone in an instant. The great-animal-sighting hope here – to see a Bengal Tiger ‒ didn’t happen. 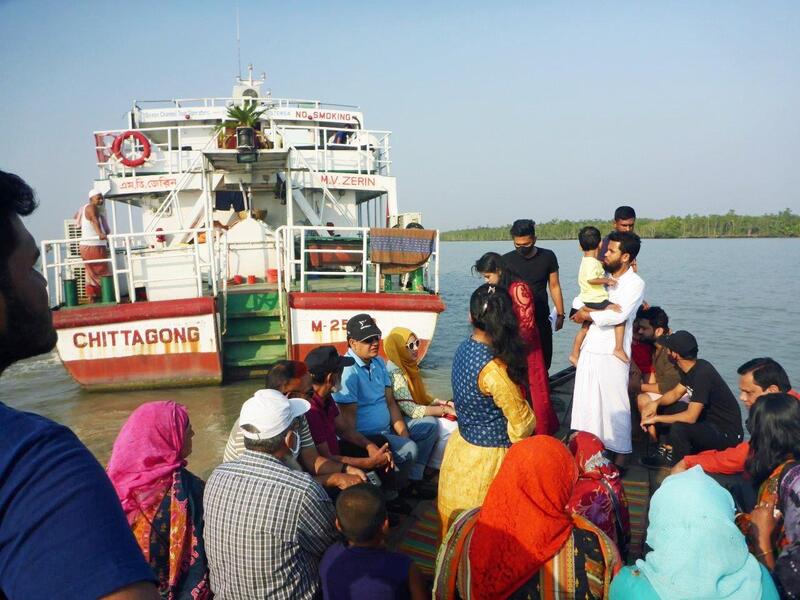 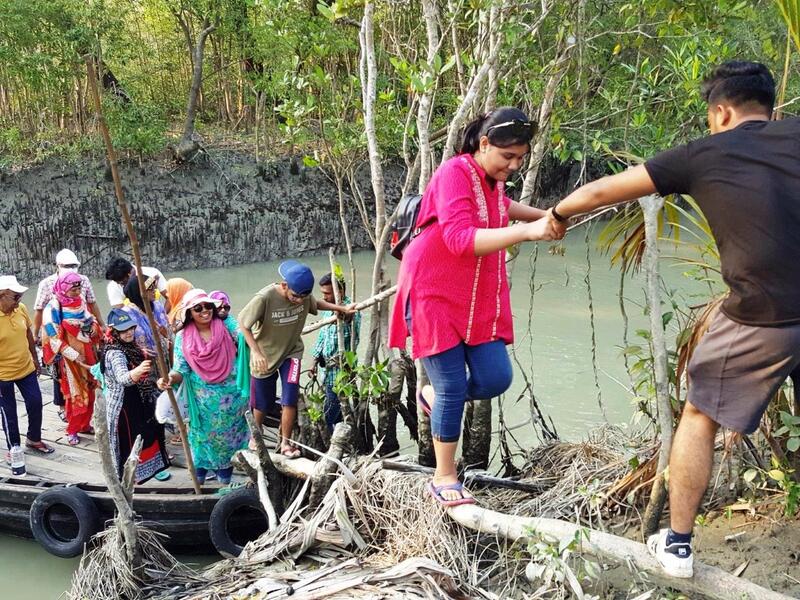 Aboard the ship, Simon took me under his wing, becoming my translator, guide and best friend, pensive Sium continually posed philosophical ideas to discuss, while many others sidled up sooner or later to test their limited English and make friends. But in the end it was all about Photo Day!  Before docking on the last day, literally everyone ‒ individuals, couples and families ‒ asked to take a photo with me, the American on board, to remember the trip.

Bangladeshis love taking people photos. It’s almost a national pastime. My photo was taken many times all over the country. And not only do they not object to being photographed, but often eagerly welcome it. 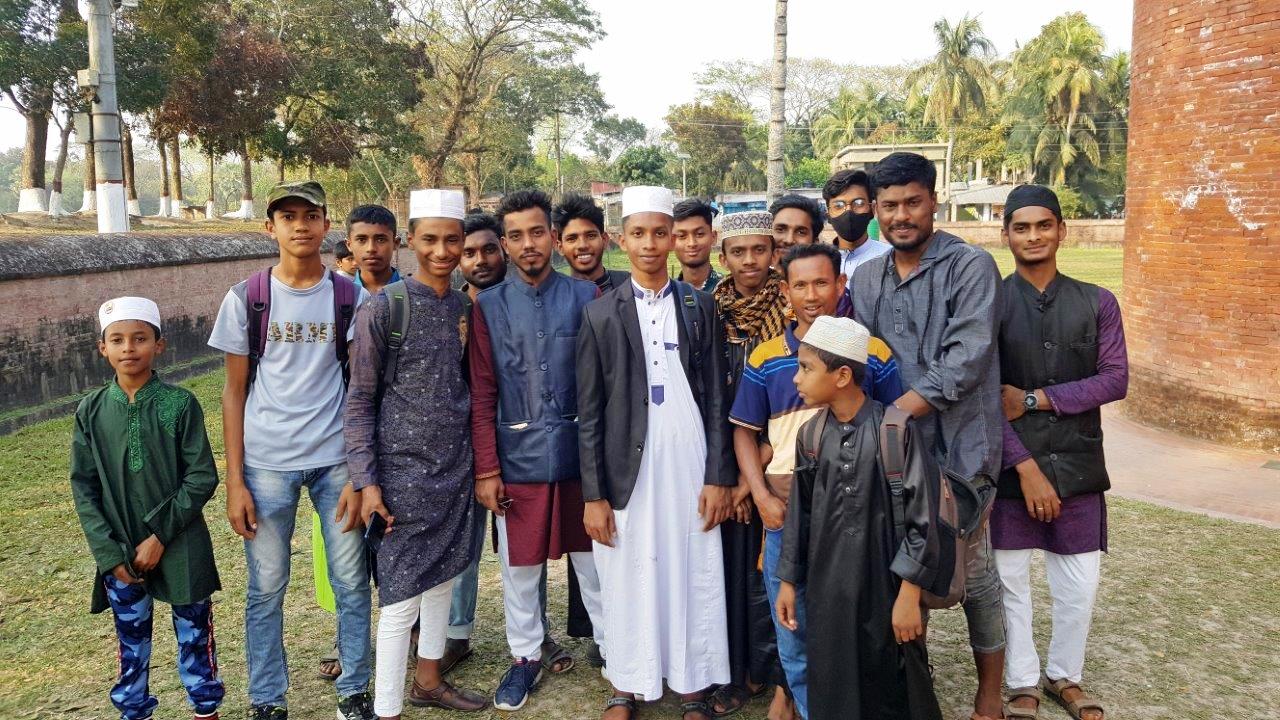 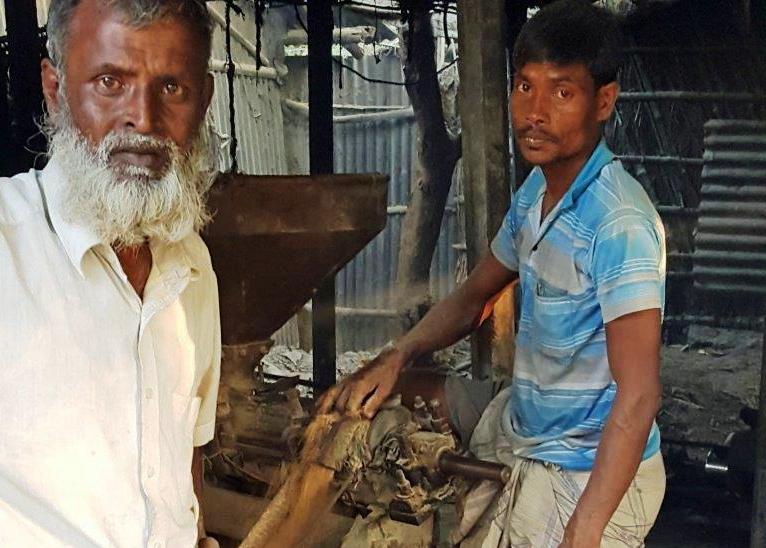 Zia got impatient with me because I repeatedly questioned whether I should ask permission first. “Never ask,” he admonished me, “just take their photos.”

Eventually I got his message and clicked my shutter at will ‒ creating a visual memory of the animated experiences I had in ebullient Bangladesh, made special by the wholehearted welcome I received from the  country’s people.

For more information, visit https://beautifulbangladesh.gov.bd  and  https://www.toursntripsbd.com
​
Back to home page