Exploring the wonderful Auvergne-Rhône-Alpes
By Marion Ainge. Marion is an experienced journalist, always excited to share the colours, culture and tastes of every travel adventure with readers. A former newspaper women's editor/columnist/food critic, she now has four young grandchildren and finds freelance opportunities fit her lifestyle and satisfy her passion for travel. She lives in the north west of England, writes for regional newspapers/travel websites, is an EFL teacher 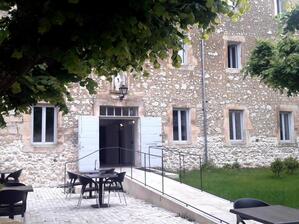 Walking the cool, stone-walled corridors of the Couvent Vagnas Hotel, a former convent in the Ardèche region of France, I imagine living as a nun in this peaceful, idyllic retreat.
​
Those thoughts are soon banished, though!  Among other restrictions, I don’t suppose the sisters savoured many, if any, of the region’s 900 wines, including the renowned Côte de Rhône.  And did they picnic, paddle and giggle at the riverside of the Pont d’Arc in the Ardèche?

For our tour of the Auvergne-Rhône-Alpes, in the south east of France, we stay, initially, in Clermont Ferrand. Auvergne’s historic capital, famed for its centrally-sited Gothic cathedral of black, anthracite, lava stone and the Romanesque Notre Dame du Port, a UNESCO World Heritage site. The old, historic quarter is a maze of interesting old alleys and winding back streets. The city holds an annual short film festival and other cultural and music events during the year.

The late French chef, Paul Bocuse, a pioneer of nouvelle cuisine in the 1960s, declared: ‘Michelin is the only guide that counts’. 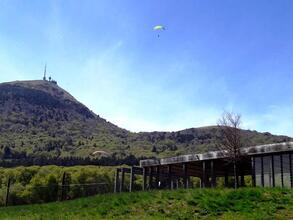 From Clermont Ferrand, we explore the Chaine des Puys, a chain of 80 dormant volcanoes, known as slumbering green giants,  and a UNESCO World Heritage site. In the Auvergne-Rhône-Alpes region, two national and 10 regional nature parks ensure the protection of these mid and high mountain landscapes.
​
A cog wheel train takes us part way up the Puy de Dôme, the highest point at 1465 metres and labelled dormant at 7,000 years old without a murmur. Volcanoes are considered extinct at 10,000 years without activity.  Steep, winding pathways afford spectacular, panoramic views as we approach the summit. On a grassed knife-edge, the press photographer in our group, balances a tripod, peering through her camera over the chasm. This area is a winter sports paradise for Nordic, downhill and cross country ski-ing. The excavated Volcan de Lemptégy enables  an insight into the interior of a volcano.

A mind-blowing adventure awaits at Vulcania’s educational theme park, great for families.  Attractions include a ‘metaphorical volcano’ and a GPS (global positioning system) driven robot which takes visitors around the park. In the cinema, seats shake and tip during the 4D film. Waving trunks of hairy mammoths curl out from the screen, slithering snakes emit tingling ‘stings’, light showers fall and travelling, red hot lava threatens .

Via gondola-shaped canoes, the Bateliers de l’Ardèche guide tourists on a tranquil journey along  a 20-mile long, deep gorge, which includes 25 rapids. Walkers complete a similar route in around 12 hours. Some 1.5million tourists are attracted here, annually. At 60 metres over the river, the Pont d’Arc is a natural bridge, formed by the force of the elements. Beaches alongside are popular picnic spots. 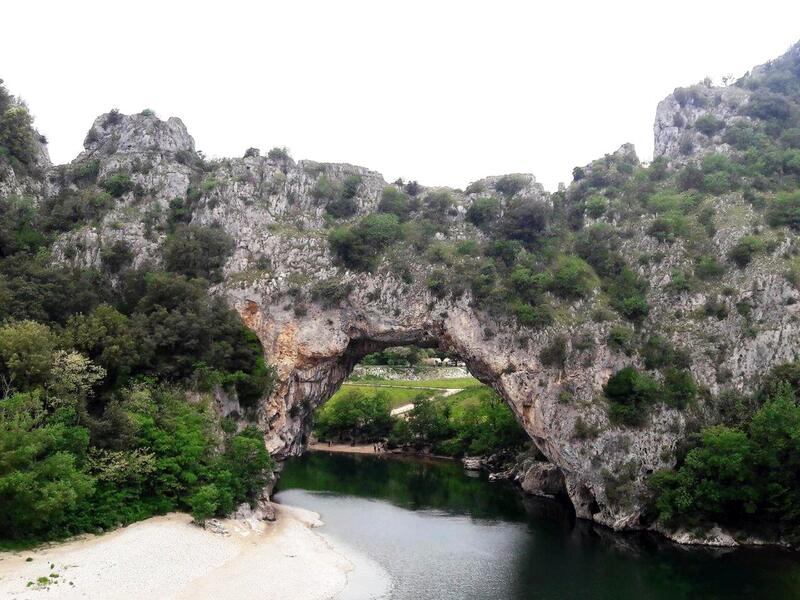 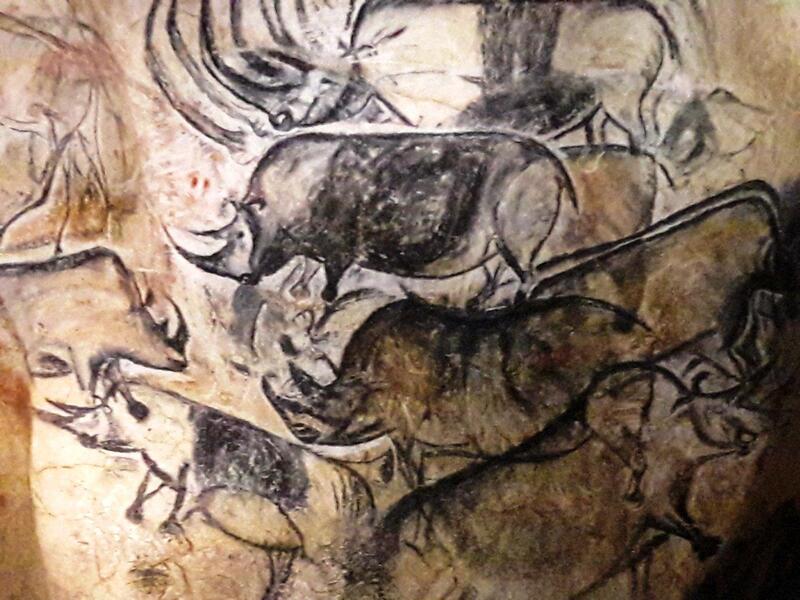 ​La Grotte Chauvet, known as Chauvet’s cave dates back 36,000 years. It was named after one of three amateur cavers who made the discovery in 1994. Declared a UNESCO World Heritage site in 2014, the cave comprises chambers and corridors of around 8,500 square metres, containing some of the best-preserved, figurative cave paintings  in the world.  The 1,000 detailed drawings, mainly of animals, depict lions, rhinos, horses, bison, bears and humans.
​
The original cave, mid-way up a cliffside, is now locked and inaccessible to all but a handful of visitors with special permits each year. At a cost of £55m a stunning replica in Vallon Pont d’Arc opened to the public in 2015, reproducing the formation, size, humidity, drawings, stalactites and stalagmites. 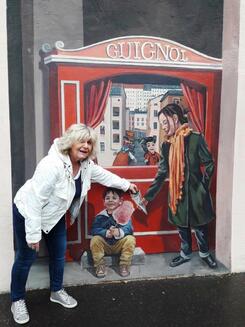 Lovely Lyons , (why did the English put an ‘s’ on it?) situated at the confluence of the Rhône and Saône rivers, boasts its own love affair with art. The historic centre has UNESCO World Heritage status and 100 outdoor murals take the art of modern, urban wall-painting to new heights. Here, the detail and perspective reflected on a flat wall is a trompe l’oeil.

The cobbled streets of the ancient Medieval quarter houses Les Traboules , around 300 corridors, hidden behind front doors, which provided les canuts (silk workers) and merchants a short cut to transport textiles to the river in bad weather.

The dark passageways were used as escape routes during the Second World War by the French Resistance.  Restored in the 1980s, today the corridors lead to courtyards, and private apartments with mullioned windows, fresco-decorated galleries, terracotta-painted stone and Italian-influenced architecture.

For me, this is the real taste of France. C’est si bon!
​
Factfile
For more information, visit
www.auvergnerhonealpes-tourisme.com
https://www.clermontauvergnetourisme.com/fiches/le-puy-de-dome
https://www.ardeche-guide.com
​
Marion travelled as a guest of Atout France and Auvergne-Rhone-Alpes Tourisme
Back to Features homepage