Tropical food at its best
By Adam Jacot de Boinod. Adam worked for Stephen Fry on the first series of QI, the BBC programme. Adam is the author of The Meaning of Tingo and Other Extraordinary Words from around the World, published by Penguin Books. 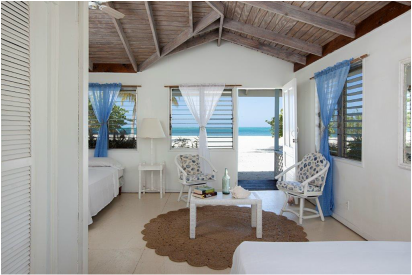 “Back can wait, but not belly” is a well-known Antiguan saying. Whether this refers to a massage before lunch I never found out but the luxury of ‘catch of the day’ fish and recently plucked fruit, special ingredients and individual cuisine is part of what makes Antigua and her sister island Barbuda a must for the savvy traveller.

Some foods were brought to these islands as early as the slave trade era. They include Eddo, a largish potato and Ochra, a tropical mallow. There’s also Dukuna, a small pudding dish made of varying mixtures of grated sweet potatoes, coconut, cornmeal plantain-flour.

These islands certainly offer something more, especially if you can get to stay in some delightful resorts. I stayed at Barbuda North Beach ​where the specialist chef called ‘Zeek’ had been headhunted from Antigua’s Sandals hotel. He was confident enough not to have a menu. He simply offered up and placed down in front of me his signature soup of pumpkin, ginger and spring onion. Very cooling it was too after a long day in the sun. And to follow I had the delicacy so many consider lobster to be. These are ‘two a penny’ on Barbuda (well almost!) and I got to enjoy them with the simple side dishes of sweet potato and a salad.
Mangos are rife. There are even different varieties called Julie, Early Gold and Sensation. Every road stall offers them along with ‘Black Pineapple’ the national fruit of Barbuda. They were my favourite way to start the day! Even before Zeek’s special Sunday breakfast which consisted of ‘chop-chop’, a blend of aubergine and spinach, and codfish and boiled eggs.

I reached Antigua and the luxury of Carlisle Bay This hotel has four restaurants: Indigo, Ottimo!, East and Jetty Grill. Indigo has an interior-exterior setting right before the lapping waves. It is designed cleverly to hide the bathers and their chairs and has a colonial beach style with muted colours and natural textures. 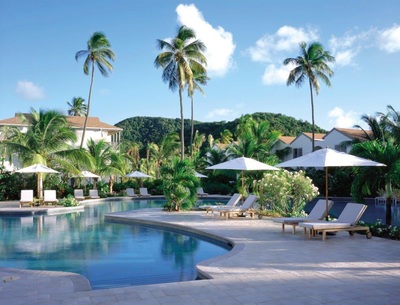 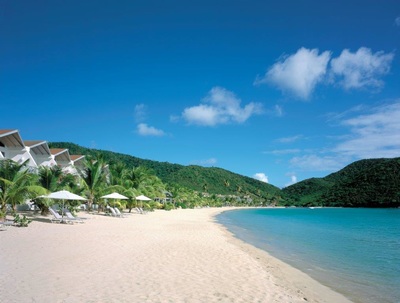 The menu caters for the health conscious. My most delicious lunch consisted, as an appetizer, of a ceviche of snapper and a Caprese salad. Then followed the ‘catch of the day’, a Mahi-Mahi (local fish) dish with a beetroot, feta and pine nut slider. Rather decadently (but then what’s a holiday for?) it was all washed down with ‘Five Year Old English Harbour’, the major local brand for Rum. Michael, the sommelier, informed me with pride that no ice is needed with the ‘Ten Year Old’ version. “The sharper the better” he boasted, “ After all it comes from sugar cane which is comparable to the grape of a Louis X111 Cognac”!
​
Their second restaurant, Ottimo!, is set overlooking a swimming pool, built with stone specially delivered from as far a field as Bali.  The restaurant offers a standard Italian menu and it’s very family oriented. Typical is its offer of pizzas and pasta. The local beer called Wadadli, accompanies the food perfectly and is named after the island’s origins before the arrival of Columbus.

East, the third of Carlisle Bay’s four options, has a Far Eastern menu and the Pad Thai is well translated across the continents or oceans I should say! To keep the guests happy  with variety across their vacation there’s also, set amongst the seafaring activities, another restaurant called Jetty Grill. Authentically Antiguan, I enjoyed grilled marlin, which was a first for me, accompanied by a mix of salads and washed down with another rum concoction.  Truly delicious if drowned a little by the touristic steel band playing the evening line up of predictable covers from Michael Jackson and Bob Marley classics.

​Over on the west coast and looking right out at Montserrat, I enjoyed the food at Keyonna Beach. Under the shade of an old grape tree with roots and branches in all directions, I sampled the ‘catch of the day’’: the typically Antiguan Butterfish and Banga Mary. Honest, succulent and fresh!

And finally on to the East Coast where at Nonsuch Bay ​the restaurant is pleasantly intimate and unobtrusive. Set on a rock precipice overlooking a sea full of boats it has a Mediterranean vibe. 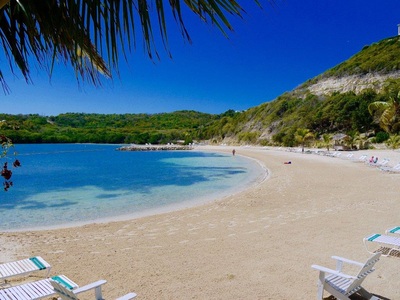 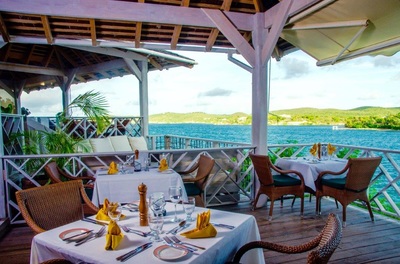 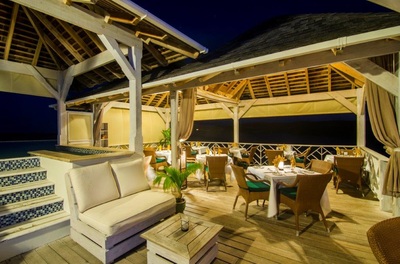 ​The menu is confidently small, changing every couple of days. The seafood crepe included, with the local fish, mushrooms, bound in a white wine creamy sauce and was thinly wrapped and gratinated with parmesan cheese. As for the lightly blackened swordfish, my main course, it consisted of a spinach and crab risotto, extra virgin oil, parsley and bell pepper emulsion.

Four wonderful hotels offering the full range of local produce and cuisine. Belly full!
FACT BOX
Adam travelled via Gatwick Express with The Holiday Place which has been creating award-winning experiences for over 30 years'. Their holidays range from luxurious to adventurous and cater for all budgets and requirements. The Holiday Place is offering fantastic packages to Antigua from £889 per person for a 7 night stay, including accommodation, flights and all taxes. To book call 020 7644 1770 or visit holidayplace.co.uk
​
For more information of the hotels Adam stayed at, visit
www.barbudanorthbeach.com  / www.carlisle-bay.com / www.keyonnabeachresortantigua.com / www.nonsuchbayresort.com
​
Back to Features homepage