I was looking forward to the wildlife and scenery, but for one fellow passenger the highlight was a visit to C&A’s Manaus branch!
By Debbie Pugh-Jones. Debbie, an experienced journalist and PR professional, is a former business and features editor. She has freelanced for the national and regional media and is now a travel writer. Debbie has travelled all over the world, initially with her sons, but now solo, and particularly enjoys opportunities to see wildlife. Her most memorable experience - not falling off a horse during an earthquake in Costa Rica. 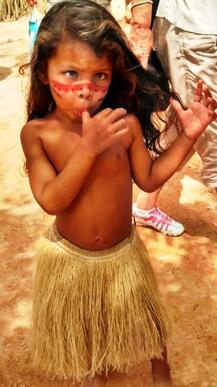 ​Setting sail on Fred Olsen’s Braemar, having spent a few days enjoying sunny Barbados, we headed for Manaus in Brazil known as ‘Paris of the Jungle’. The capital city of Amazonas, with 2.2 million people, has an opera house and is home to the Amazonas Philharmonic Orchestra. Its large dome, covered with 36,000 ceramic tiles, is quite a sight  and some passengers enjoyed a concert there.

The city boasted a C & A store which particularly excited one elderly passenger and was the only attraction to lure him off the ship on the 14-day cruise. When asked why he cruised he explained: ‘Cruising is better than staying home on my own’.

Manaus was very busy and not what I expected half way down the Amazon. Opticians and dentists recruit young people, wearing branded T-shirts, to go on the street and lure customers into their shops. Old men sat on the pavements were selling tablets of all shapes and sizes - heaven knows what for.

Sea days were spent relaxing and planning for ports of call. Beginners bridge classes kept me busy as did art classes even though I am useless. They culminated in an exhibition but I conveniently ‘lost’ my childlike masterpieces. 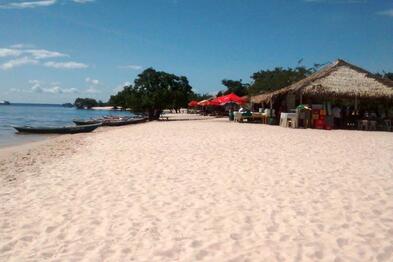 ​Speakers included a woman adventurer who had negotiated the Amazon in a canoe and a wildlife photographer. My point and shoot camera didn't compare with the sophisticated paparazzi-sized lenses used by serious wildlife watchers on deck.

The Amazon has a mythical allure with images of deep forests, brightly coloured birds and howler monkeys. But don’t expect your ship to be squeezing its way through the jungle’s narrow water courses. The Amazon accounts for about one fifth of the world's total river flow and parts exceed 120 miles in width. It makes its way through much of north-western Brazil and extends into Colombia, Ecuador, Venezuela and Peru.

At Santarem, a small city in the state of Para, I took a trip to Alter Do Chao beach which was an incredibly beautiful location. Ilha do Amor (Island of Love) was no more than a large white sandbank. Reached by a tiny canoe, it has a restaurant and bar, and is known as the ‘Caribbean of the Amazon’.
Authentic Amazonian culture was experienced at Parintins on Tupinambarana Island. A simple, hospitable town with welcoming and cheerful residents, the bustling fish and colourful fruit and veg markets sell delicacies such as tapioca with tucuma. The locals live in characterful houses built on stilts over the river and rely on decrepit boats to get around. Colourful tropical birds mingled with vultures which are just as prevalent in the Amazon as seagulls and pigeons in the UK. 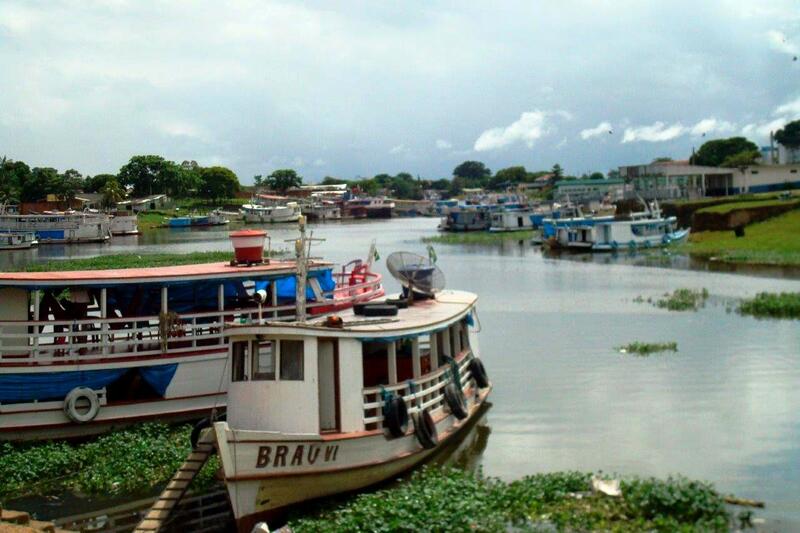 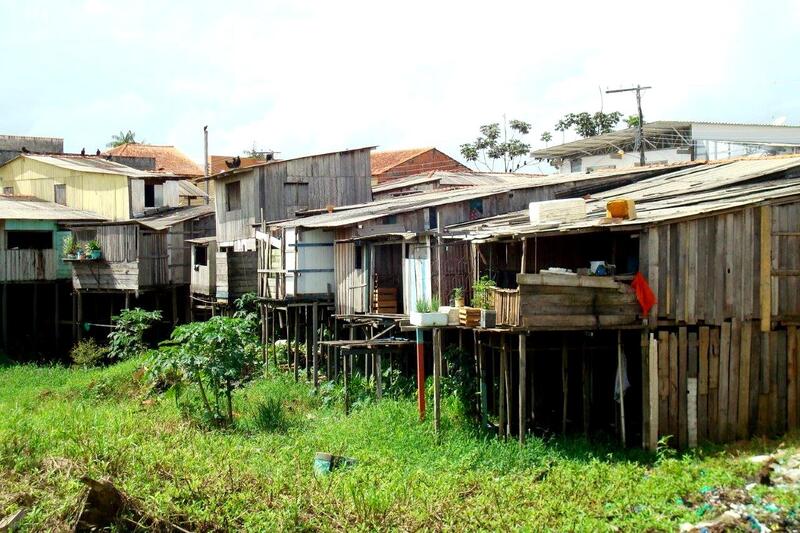 We went caiman spotting one evening on small motorised canoes which glided into January Lake. The caiman catcher used a spotlight to pick-up the creature’s eyes and, after ten minutes and a bit of a splash, we had ourselves a young caiman. We were allowed to hold him and were told all about the species before he was released back into the water.
​
We returned to the lake in daylight to admire the Victoria Regia water lilies with leaves measuring up to one metre across.  Children in canoes approached, one boy had an anaconda around his neck whilst others were holding a sloth. Our guide asked us not to take photos. The animals' lives were at risk as they had been captured to make money from tourists.

Back on the Braemar an intriguing phenomenon known as the ‘meeting of the waters’ was witnessed. The black water of the Rio Negro and the muddy-coloured Solimoes River run in contrast side by side without mixing for six kilometres. This phenomenon is due to differences in temperature, speed and water density of the two rivers.

The highlight of my trip was an unexpected swim with pink dolphins. A speedboat took us along the River Negro to an area frequented by these beautiful animals. They are pink because of blood vessels running beneath the surface of their skin. A small group of us were invited to get in the murky-coloured water to join a local who fed them fish. They swam under us, jumped alongside us and let us stroke them - I felt so privileged. 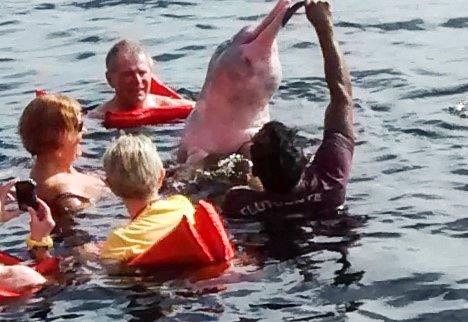 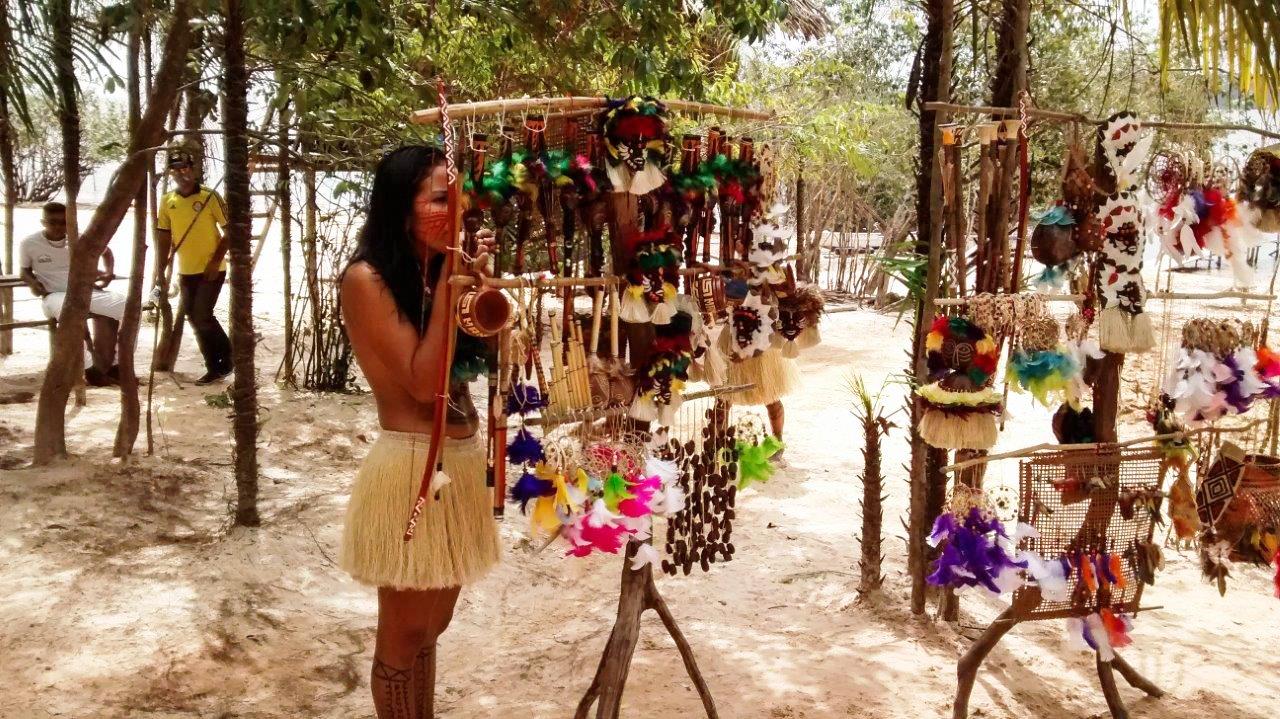 On our way back to the ship we stopped off at a village populated by indigenous tribes. They were beautiful people and very friendly and danced for us. I gave them all my remaining Brazilian currency in return for a handful of brightly-coloured necklaces made from wood.

Prices from £2,999 per passenger based on two sharing an inside cabin using the 'buy one, get one free' offer.