The land that time forgot
By Gilly Pickup. Gilly is a freelance journalist, travel writer, author, cruise specialist and photographer who also publishes features in national and regional newspapers and magazines on travel related health, well being, women’s interest, food and  lifestyle. Gilly has written twelve books including ‘The A-Z of Curious London’, ‘Haunted West End’,‘The Little Book of Spirituallty’ and  ‘Great British Inventions: From the Brilliant to the Downright Bonkers’. More books are on their way. www.travellinglady.co.uk
Sprinkled with charming castle towns, tranquil hilltop villages and clusters of squat, whitewashed houses, the Alentejo region covers a third of continental Portugal yet is home to only around 10% of the population.

Coming here is like arriving in a time-warp where mahogany complexioned farmers still work the land with simple hand tools and old ladies clad head to toe in black are swaddled in voluminous shawls. Traditional arts and crafts are still very much alive and kicking and locals pride themselves on time honoured skills passed down through the generations. Wickerwork, woodcarvings, ceramics and tapestries – local artisans ply the same skills as their ancestors did thousands of years ago. 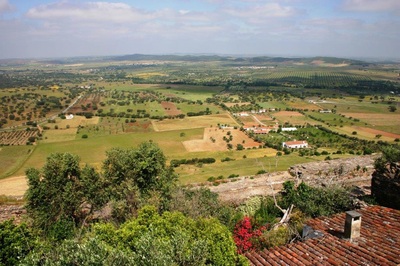 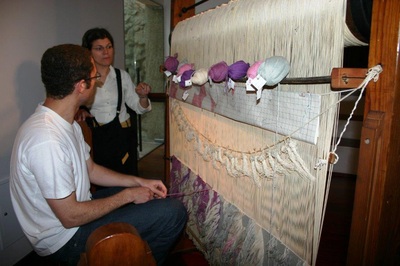 The Portuguese describe the Alentejo as ‘a country within a country’ because it has its own dialect, strong Moorish flavour, unique songs as well as a blood curdling history. The region is a jumble of medieval settlements perched on steep, granite escarpments with patchwork meadows of scarlet poppies, hillsides smothered with wild flowers and trees groaning under the weight of juice-heavy apricots and oranges. 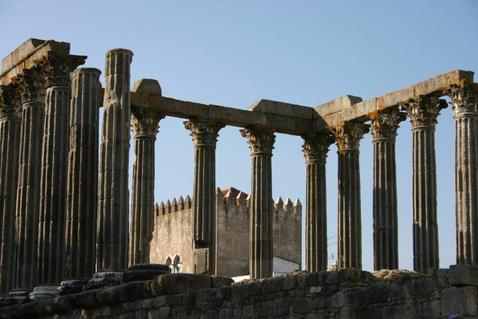 Dozing among peaceful pockets of pastures lies the region’s ancient whitewashed capital Évora, so historically rich its centre was designated a UNESCO World Heritage Site. Encircled by fortified walls, this tiny town packed with churches, convents and palaces, has as its major sights an impressive early Gothic cathedral and  well preserved Roman ‘Temple of Diana’ which stand close together just off the main square. The temple and its 14 Corinthian columns was part of the Roman forum way back in the first century A.D.  Today open-air concerts and events are staged here, the evocative temple backdrop made even more entrancing when floodlit at night. Step inside the cathedral with its big-as-your-head candles to see two of its must-see treasures. One is a puzzle-like ivory statue of Mary which opens up to reveal scenes of her life, the other is a sparkling reliquary containing pieces of the supposed True Cross, encrusted with more than a thousand gems.
Evora does proffer something rather different from the usual touristy offerings though with its deliciously macabre ‘Capela dos Ossos’ (Chapel of Bones). A rather jolly message above the chapel declares in Portuguese, "We bones in here wait for yours to join us." Inside, walls are decorated with bones galore while five thousand skulls stare blankly ahead from the walls with a slightly menacing air. This ghoulish show was the work of a few monks who decided it might be easier to meditate on the transitory nature of material things in the undeniable presence of death. It is certainly pretty spine-chilling …..

… but, just a few yards away through the door that leads out onto the sunshine-bright street, life goes on under a piercingly blue sky.
Also worth seeing while in the region is the fortified hilltop village of Monsaraz, almost lost in the clouds.  Its name is synonymous with some of the finest Portuguese wine.  Its twin bell towers overlook a warren of thin lanes lined with squat dwellings which include an 18th century pillory, 16th century hospital and a medieval hall of justice with magnificent frescoes. 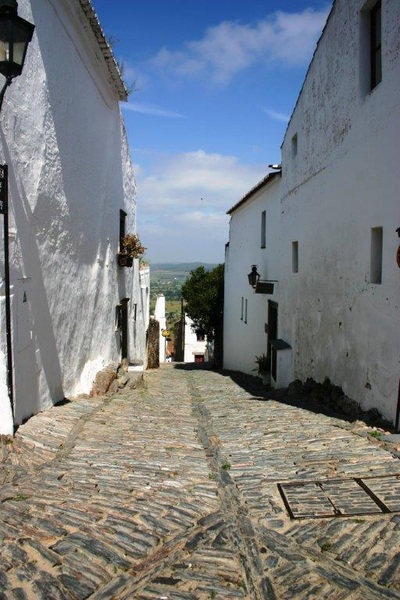 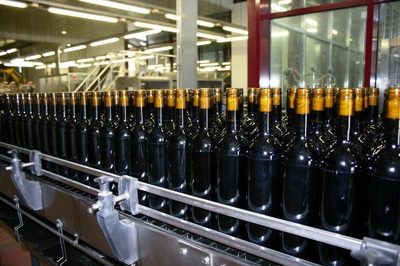 The little town of Campo Maior, famous for its flower festival has a not-to-be-missed coffee museum, while Sintra with its twisty, cobbled streets, has opulent palaces, country estates and an abundance of medieval churches. Portalegre, close to the Spanish border, is proud of its tapestry museum where visitors get the chance to compare a forgery with the real thing and is also famed for its ‘miniaturas de amendoa’, intense almond based cakes made in the shapes of hams, cheeses or chestnuts. 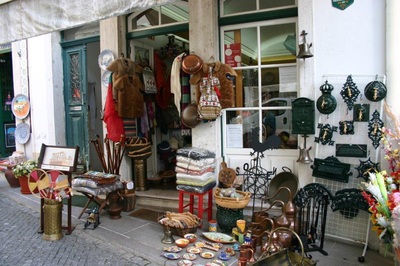 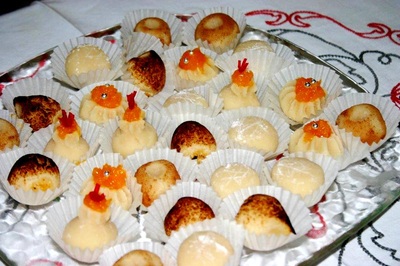 Roads in the Alentejo are mainly straight and blissfully empty making it easy to pootle along between towns and villages – but be sure to leave enough time for plenty of photograph stops along the way!

Want more on Portugal? Check out Algarve and Douro River Cruise and Lisbon and Luxury Lisbon
Back to Features homepage