By Ilse Zietsman  Ilse is a freelance journalist, photographer and language specialist who lives in the winelands of South Africa. She is passionate about traveling and food and has traveled to 44 countries all over the world. Her favourite destination is Morocco but she also has a special affinity for Eastern Europe including the Baltics. She is not happy unless there is a plane ticket in her safe at home. 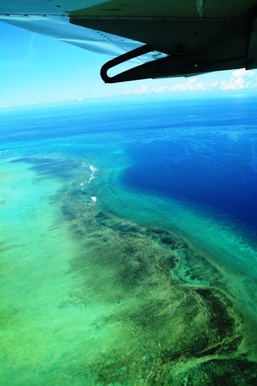 Someone once said: Life is not measured by the number of breaths we take but by the places and moments that take our breath away.
​
Places and destinations that come to my mind are the Taj Mahal in India, visiting Petra in Jordan and having supper on Djemaa el Fna in Marrakech, Morocco.

Medjumbe Island, within the Quirimbas Archipelago in Mozambique, has just been added to my list of breath-taking places that in many ways defy description. I can’t promise not to use descriptive expressions such as idyllic, picture perfect, azure waters and soft powdery beach.

I have undertaken to contact the author of “1000 Places To See Before You Die” – Medjumbe deserves its own entry to alert the world. In addition to that the flight from Pemba to Medjumbe also deserves an entry. It had me in tears because of the sheer beauty of the islands and the different hues of the ocean.
​
Admittedly it comes at a price but the experience is, as they say, priceless.

Picture this – a tiny private island with a crumbling lighthouse, built in 1934, on one end, Anantara Medjumbe Island Resort in the middle, and a spot where dhows moor on the other end. 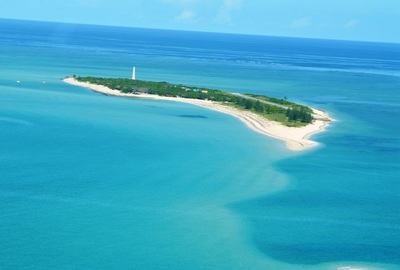 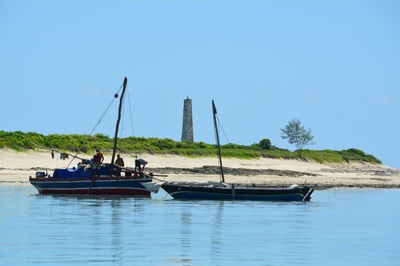 Ananatara Medjumbe Island Resort has 12 beachfront villas – the 13th is the Spa Treatment Villa - each with its own plunge pool, not to mention a bath overlooking palm trees, the beach and the Indian Ocean.  It has recently been refurbished extensively reflecting its African island identity as far as decor and luxury go.
​
At Anantara Medjumbe an Island Benedict breakfast at Jahazi (the Swahili word for dhow) Restaurant consists of a lobster tail gently curled around your poached egg with curry hollandaise on an English muffin; breakfast could be followed – should you desire - by a picnic barbeque on the nearby, even more remote, Quissanga Island. I felt like a movie star when faced with starched napkins and a waiter graciously pulling out my chair. At Anantara Medjumbe you could have lobster three times a day or settle for freshly caught fish, piri piri chicken made the Mozambican way or coconut fish curry as part of a private dining experience, “Dining by Design”, or not. 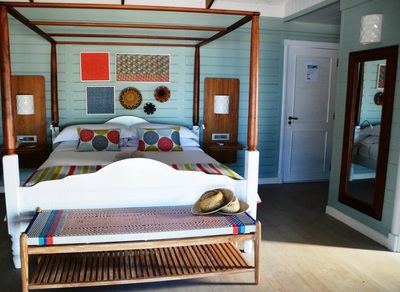 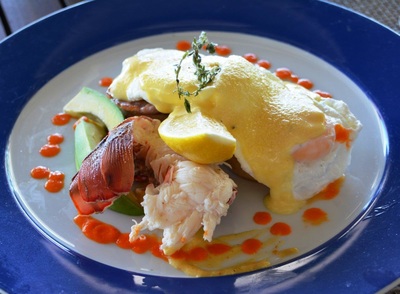 You can learn to SUP (stand-up paddle) in knee-deep water at mid-tide or snorkel amidst schools of kingfish and moray eels (scuba diving and kayaking also available); from July to September you can engage in whale-watching as humpback whales move into these waters to mate and calve.
​
Alternatively walk around the entire island (a distance of 5.4 kilometres) before sitting in your private plunge pool sipping on a caipirinha from the Bahari (Swahili for ocean or sea) Lounge Bar whilst reading a magazine (bring your own) or gazing at the magnificent African sunset. 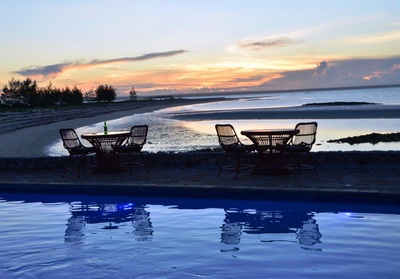 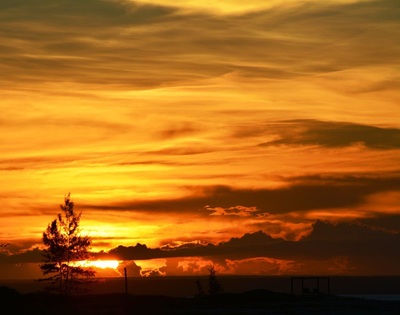 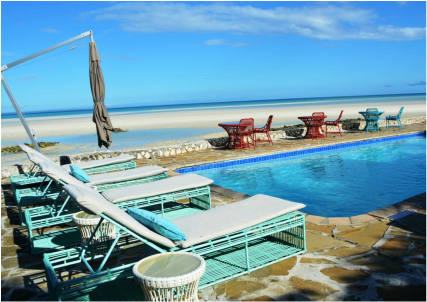 Bird watchers are provided with an illustrated list of 27 bird species – among these are various plovers and terns, the African Fish Eagle and Verreaux’s Eagle Owl - that can be spotted on Medjumbe Island.

The serenity of a dhow cruise reminded me of being in a hot air balloon with its burner switched off. Our skipper told us how young boys in the Quirimbas learn all about the Indian Ocean, fishing and the traditional teak dhows from about 6 years old. The dive instructor regaled us with what can be seen on the coral reefs around Medjumbe Island and pointed out giant starfish as we glided along.

You can even learn how to sail one of these traditional vessels and thereafter take an official certificate home to show off to your friends. Dhows seem impossibly romantic, even more so as their exact origin is unknown. Even today they are used for trade and to transport heavy items around this archipelago with its 27 islands.
​
After hauling some ropes and unfurling the roughly stitched triangular sail, known as a lateen, on your dhow cruise or if you haven’t relaxed enough since your arrival, one of the signature experiences offered at the spa is a Mozambique Sand Compress Massage.
​
Anantara is taken from an ancient Sanskrit word that means ‘without end’. I did not want my time on Medjumbe Island to end but alas, real life was beckoning.

​Fact box
Feeder airline Airlink flies from Johannesburg to Pemba, northern Mozambique and operates as a franchise to SAA. Bookings can be made directly or internationally through SAA. For more information visit www.flyairlink.com

For more information on the island visit  http://medjumbe.anantara.com
Back to Features homepage