By Stuart Forster. Stuart is a journalist, travel writer, blogger and professional photographer based in the north-east of England. He contributes to a number of leading magazines and newspapers. You can also see his work in The Irresponsible Traveller, a book published by Bradt and featuring chapters by the travel writers such as Michael Palin, Dervla Murphy and Ben Fogle. Stuart was named Journalist of the Year at the 2015 Holland Press Awards. Read his food and travel related work on his blog, www.go-eat-do.com
Few artists match Vincent van Gogh for renown yet at the point he took his own life, on 29 July 1890, he had sold just a single painting. During 2015 30 leading European art museums are celebrating his creative legacy in a cooperative programme entitled Van Gogh 2015: 125 Years of Inspiration.

One of the participating institutions is Het Noordbrabants Museum in ‘s-Hertogenbosch, the Netherlands, a city also known less formally as Den Bosch. The museum celebrates the history, heritage and art of the Dutch province of North Brabant, the region in which Van Gogh was born on 30 March 1853.

Van Gogh came into the world at Zundert and has a number of connections with the province. In Tilburg he took his first drawing lessons. During 1881, the former art dealer and lay preacher lived with his parents at the parsonage in Etten-Leur, a period which many regard as the beginning of his career as an artist. His first masterpiece, The Potato Eaters, was painted in the village of Nuenen in 1885.

Het Noordbrabants Museum is the only place in Brabant that permanently exhibits original paintings by Van Gogh. Along with the adjacent Stedelijk Museum ‘s-Hertogenbosch, the museum underwent a €52m renovation between 2010 and 2013. Her Royal Highness Princess Beatrix of the Netherlands re-opened the museums, which are now physically linked, on 24 May 2013.

They now form the core component of Den Bosch’s Museum Quarter and offer 5,000 square metres of floor space. The 200,000th visitor of 2014 was welcomed into Het Noordbrabants Museum during November.

Interest in Van Gogh’s work is expected to rise over the coming months. The museum will host two major Van Gogh inspired exhibitions early in 2015 and a further two late in the year. 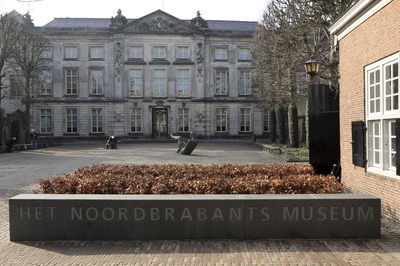 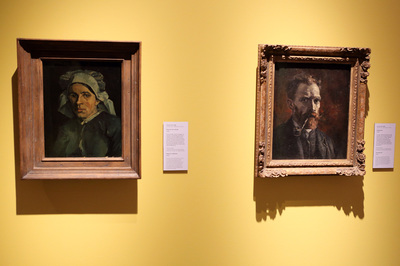 Design from the Land of the Potato Eaters – Designers meet van Gogh will displayed until 26 April 2015. The exhibition examines how three of the themes present in Van Gogh’s work in Brabant have subsequently influenced contemporary design. Those are simplicity, nature and farmland. Food, graphics, textiles and photographs are among the diverse exhibits on show. Work from established names, including Maarten Bas and Piet Hein Eek, is displayed next to that from recent graduates.

Hockney, Picasso, Tinguely and Other Highlights from the Kunstsammlung Würth runs until 17 May 2015. More than 60 artworks from the renowned Würth art collection are being loaned to Het Noordbrabants Museum, including pieces by Gerhard Richter, Fernando Botero and Henry Moore.

Landscapes painted by the British artist David Hockney will be on show, including Felled Trees on Woldgate and Three Trees near Thixendale, Spring both of which date from 2008. Critics suggest the loose brush strokes and colour use is indicative of Van Gogh’s influence on the artists of the 20th and 21st centuries. 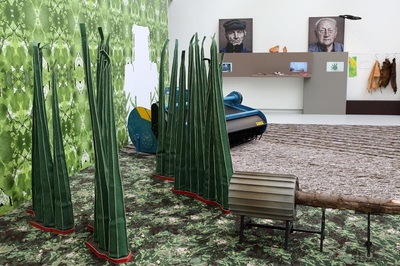 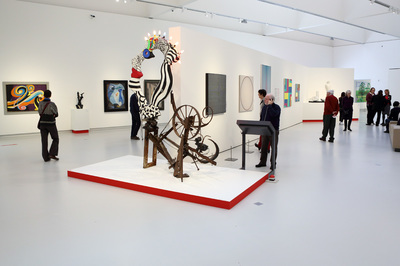 Around the Vicarage – A Gallery Full of Van Goghs will be held from 3 October 2015 to 10 January 2016, examining Van Gogh’s artistic development during his time in Brabant. Loan items will bolster Het Noordbrabants Museum’s permanent collection. Several of the themes he explored in Brabant, including peasant life, recurred later in his career though his use of colour was more exuberant in his later paintings.

Where is Van Gogh? is planned to run in parallel with Around the Vicarage – A Gallery Full of Van Goghs and will examine how his work influences artists and designers today. It will look at how his works and motifs are used in products and leave onlookers questioning whether or not his legacy has been commoditised.

Visitors heading to Den Bosch will also be encouraged to head to the village of Nuenen, located approximately 38km away by road, and also have the option of cycling along an illuminated stretch of cycle path inspired by Van Gogh’s The Starry Night painting and created by Daan Roosegaarde.

Het Noordbrabants Museum (Verwerstraat 41, ‘s-Hertogenbosch, www.hetnoordbrabantsmuseum.nl) is open daily from 11am to 5pm with the exception of Mondays and select public holidays, including King’s Day (27 April).

Van Gogh 2015: 125 Years of Inspiration (www.vangogheurope.eu) is being celebrated by galleries and museums in the Netherlands, France and Belgium.

Van Gogh Year 2015 is being marked across the Netherlands by exhibitions and special events (www.holland.com/uk/tourism/theme-1/van-gogh-2015.htm).