The book that’s guaranteed to drive your brain around the bend!
​​By Mike Pickup, Mike writes about travel for numerous newspapers and magazines, both consumer and trade, and has over a hundred features published each year. He is also the Editor of Holiday Magazine and a professionally trained photographer. For more information click here ​ 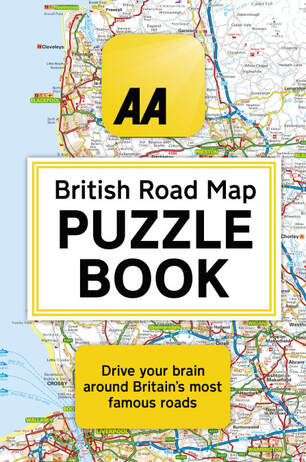 Did you know that Britain’s longest, straightest road is an eighteen mile stretch of the A15 which starts a few miles north of Lincoln?  Or that the first motorway wasn’t the M1, but the Preston bypass?  There are Magic Roundabouts too, named after the children’s tv series. The first one was built in 1972 near Swindon football club.  Why ‘Magic’?  It’s because the traffic can flow clockwise and anticlockwise. Clever, huh?  It works because the main island is surrounded by five mini roundabouts, so offering multiple paths between entries and exits.  It may not sound safe, but in fact it is.

The Black Mountain Road (A4069) which passes through beautiful Welsh scenery is also known as the ‘Top Gear Road’ since Jeremy Clarkson was filmed driving along it in 2011.  It’s almost as breath taking as the ‘Gateway to the Highlands’ with its glorious views of Ben Nevis and Glen Coe, the ‘Glen of Weeping’.

There is a brief history of Britain’s roads too, with snippets including:


One section of the book looks at ‘record breaking roads’ where you will find answers to questions you have always pondered over (well, maybe). For instance, what is the height of the lowest bridge in Britain? (The answer is the Forth and Clyde Canal aqueduct bridge in Kirkintilloch which gives a vehicle clearance height of 4 ft 9 in). What is the longest road tunnel?  (It’s the Mersey Tunnel at 2.87 miles long including approaches and branch tunnels). Which is Britain’s highest motorway? (The M62, which apparently reaches its summit at junction 22 more than 1,148ft above sea level).